In it over our heads in Pandora's box 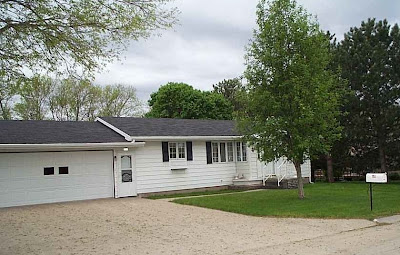 Our house looks kind of like this one.
1959 was a lovely year, I'm sure & the year our classic cookie cutter Ranch style house was built.
There is no architectural marvel to it.... it is a functional rectangle. Back in the day, ceiling heat was the latest greatest, and things were simple. By the time we bought it in 1993, there had been a few upgrades, but teapot wallpaper in the kitchen with the big clunky wagon wheel light fixture, the avocado shag carpet (in the bathroom wall to wall too!), were all things one had to look beyond to love the house.
By the way, all the above mentioned things were removed before we ever moved in.
The gross avocado carpet was covering hardwood floors. I paid a wallpaper pro to come remove the teapot wallpaper while I tore out the shag carpet & removed hundreds of tiny carpet tacks. By default we tend to be "sweat equity" type homeowners, putting our hard labor into making the place better. I never understood how a house increases in value as it ages-- houses, like cars, break down over time. Suddenly, I am realizing time has been unkind to this house. There were happy upgrades. One night, while doing dishes by hand after a 40 hour workweek, I declared that I had mastered the skill of hand washing dishes & was willing to sacrifice cabinet space to install a dishwasher. I decision I will never regret!

But ceiling heat sucks. Heat rises. Having radiant heat come from above makes no sense. It is also slow... so when trying to be efficient & turn the heat down, when the house gets cold & you crank up the heat- it takes forever to bring up the temp & then it is too hot. Our heating bills in the winter are more like for an estate that is 4 x the size of our little house. So we want to install a ductless heat pump.
Everyone swears, they will cut your bill to 1/3 the cost- plus you get whole house A/C in the summer too. We could learn to love & live with that, as summers have been scorchers here a few years in a row. 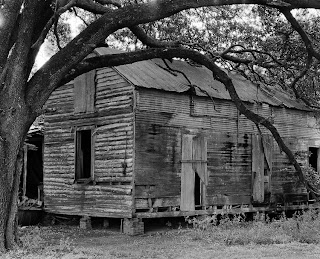 This is where the Pandora's box comes in. We need to upgrade the electrical breaker box to do the install. Electricians say we need to upgrade the outer connection, which involves roof work, and changing the location to adhere to 21st century code. OK we can roll with that... some serious sticker shock, but we're all over safety items. But the husband got up on the roof to clear off a hostile moss take over & announced the roof is "squishy". We know it is at least 18 years old.... but we do not know how much older it is. Too old is probably the correct answer.

As the husband put it, this will involve "many zero's" meaning big ticket items. So there you have it- The joys of homeownership, yours to fix. Now I've reached a point of thinking I don't really want to ask what next, or what else. It's like we are living in an ongoing episode of "This Old House", except we don't have the limitless budget, the right tools, or the ability to make the perfect cut the first time (on film anyway). We laugh about me having an endless stream of men coming to the house.... so far electricians, heat installation contractors, and now roofing guys. No tawdry sex scandals going on here... just some serious cash outgoing to get everything fixed.


Why do I think my "vacation " time will be spent letting in different trades in the next few months???
I know, I should  Quit my bitchin', be glad we have a freaking house to fix... and I am, just the list of repairs & sticker shock are presenting themselves in a big way this week. Maybe I should create a new reality show called This Old House--Oy!
Posted by Fran at 12:00 AM

I understand exactly how you feel. I tell hubby we ought to go move into a condo or something because we are getting too old for this fixing crap all the time. We need new windows in the upstairs bedrooms, we need the fireplace flue (sp?) cleaned and new rock put down in the drive, and we need for the septic people to come out this spring to clean that out as well. Never can save any money between the house and needy relatives. And selling this house for it's supposed value? Right, like that's going to happen! Retirement, what's that?!?!

The husband is having "gut issues", I think he is worried over all this stuff & the economy in general. I hope that does not erupt into an ulcer or some surgical procedure.

Sure all this repair stuff is daunting & overwhelming. Life is expensive & truth of the matter is all that stuff would have to be done, regardless, if we needed to sell the place.

For now I am just glad the roof is holding up & not leaking until we can get it replaced in the summer. Keeping my fingers crossed!

avocado shag carpet ... in the bathrooms ... are you sure that's moss growing on the roof and not some mutant form of avocado carpet that somehow grew legs and shagged itself up to the roof ... after all it had already conquered wall to wall ... only way to keep expanding was UP !

And to think I spent all those hours with a mini crow bar pulling up hundreds of tacks & I could have just used moss killer?

One look @ the bathroom carpet & it was *OUT* - had new vinyl flooring & sub flooring installed.


The shag carpet was handy-- it became the tarp for painting!

But all that stuff was on the priority list to be put out.

Homeownership definitely has its downside. Yes, you're lucky to have a house, but you're also completely right to be frustrated by the repairs. It's a hassle and expensive and it makes us feel vulnerable to being taken.

Oh yea Lisa.... the bids are starting to come in.
One professional company wrote up a quickly slapped together bid that states it does not include the cost of the permit to do the electrical work.

So yes... its gonna be a little crazy around here. Today I had a roof guy come over there he was with his ladder & up traipsing around on the roof. Even he said you know you have electrical issues..... yea yea.... that project gets done first.