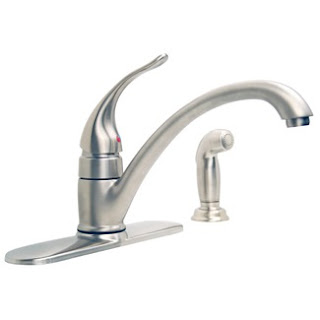 A few blog posts ago, I pitched a fit about my dealings with the Moen company re my kitchen sink faucet.
They made a funky designed product & I freely expressed my dissatisfaction.
The clerk said if I think they are replacing the faucet that was not going to happen.
They stalled a few times, then sent the wrong part, each passing day, the flow got worse.
I did ask to speak with a supervisor.
I said having to get replacement parts, holding for 5 minutes each time I call & then waiting, then having to take apart the faucet was not what I signed up for.
She asked how I wanted to resolve the issue, send me a replacement faucet that does not have this funky design flaw.


She agreed to send a replacement faucet.
Free of charge.

I figured I would be getting their cheapest model.

But a few business days later, Fed Ex delivered not only a brand new faucet, but an upgrade.

I also took the time to send a thank you  letter for the Supervisor who listened & did the right thing.

My freaking sink is like a gusher now. From barely a trickle to full force flow.

Since I wrote a scathing rant, it is only fair now that since they stepped up, that I post a glowing review. Granted I had to escalate to a supervisor, but my issue has been resolved, and it is only fair that I express my Kudos.

Gingrich does not have his shirt together 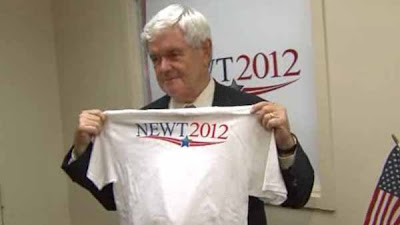 One reporter asked the Republican presidential hopeful about his campaign t-shirt.
"A lot of what you are talking about is about taking America back to America. We asked for t-shirts to be sent to us and they were made in America. I just picked up that one and it's made in El Salvador," said the reporter.
"I'll have to ask the folks who ordered this. I didn't order it and I don't do it," said Gingrich.
Suggestion for next batch of Made in America T Shirts:
NOT NEWT 2012
Posted by Fran at 5:20 PM 4 comments: 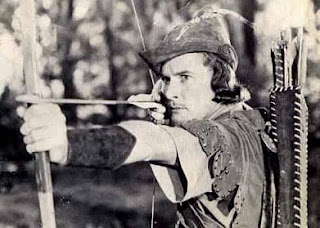 I just coined a new phrase to describe the GOP budget battle.
This is a Reverse Robinhood
Stealing from the Poor to give to the rich
You have oober wealthy people & corporations, not contributing a fair share, or worse taking subsidies....
So in turn they hit up the middle & lower classes & entitlement programs meant to be both a safety net & lifeline, to  be sacrificed, so the wealthy can continue to not pay a fair share. 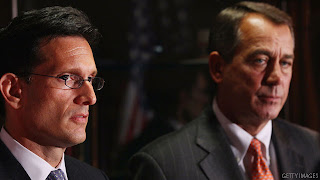 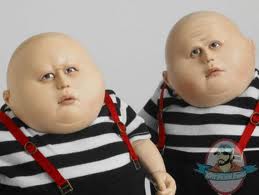 
In his infinite wisdom, Eric Cantor said ""The debt limit vote sucks," the Virginia Republican declared directly to members during the House GOP conference meeting, according to two sources behind the closed doors.


"It comes down to the people in this room. It comes down to the willingness to stand together. This is the path to victory for the American people," Speaker Boehner said, according to the sources.
That "willingness to stand together" is code for Lockstep.
In Cantor & Boehner's minds, not compromising at all while negotiating the budget & debt limits equals a "victory for the American people"?
The reality is, they could care less about the American people. If they did, they would not be insisting the rich not pay their fair share of taxes, and would not even think about messing around with so called entitlement programs.
It seems to me their goal is to force Obama into a corner. Either let him alone make the choice to raise the debt limit, then they come out of it with clean hands & use it as ammo against Obama in the 2012 election. I can almost hear them now echoing the "Obama is the reckless spender who raised the debt limit, that irresponsible socialist!!!"
In the end, I wish these discussions were made public. I hope this roulette with such important decisions comes back to bite them in the ass. In the end I hope it is themselves they are throwing under the bus.
Posted by Fran at 12:01 AM 2 comments:

What am I sinking about?

The title to this post could also be "You don't miss your water, till your well runs dry".
My domestic situation, specifically my kitchen sink faucet is really not newsworthy in the big scheme of things. Indeed it seems the whole world is spinning out of control. Madmen intent on killing. Politicians either acting like sandbox bullies, corporate whores, and lacking spine to pitch a PR fit that would resonate big time. So many dire situations I can't even keep track. But in the midst of all this panic and bickering, we do manage to fund wars, and the rich ones keep their money.

So back to the sink. Maybe these ideas segway together because it has something to do with clogged faucet intake valves, and things going down the drain? There is some kind of metaphor between my trickle down plumbing issues, and lack of flow in functionality in our government & the world.

My Moen faucet actually restricts water flow to the point of agony. OK that may be a little dramatic, but waiting 15 minutes for a slow & slower trickle of water to flow so I can have the pleasure of washing dirty dishes sucks.
Long story short ~ (Sung in the form of a classic blues style).


My faucet's trick-a-lin
soooooooo slow
I called me a plumber - to come on in
he said this de-siiiiign, is bad to the core.....
I can't do noth-in --but walk out your doooooor


I got the plumbin' blues.....
water ain't flowin' like it should
this Moen faucet... it ain't no good


I got the plumbin' blues.....
water ain't flowin' like it should
this Moen faucet... it ain't no good 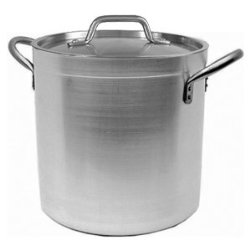 I have a trackin number
of a faucet on it's way
now I need a plumber to fix it  todayyyyyyyyyy.


Maybe I am embracing focusing on this old house & it's multitude of repairs because reality is too annoying! That and packing hot water from the bathtub faucet in a stew pot to do dishes is getting old, fast.
Pioneer days, not so much fun, really. 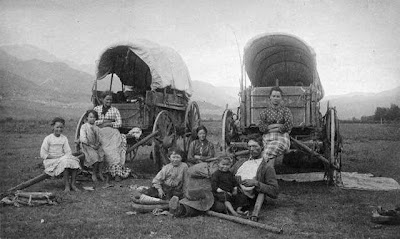 Sooo sweet to see all these couples in love finally have marriage equality in the State of New York.

After a lottery last week, New York City said it could accommodate 823 couples who wished to marry. The line outside the Manhattan office of the city clerk — couples, friends and family in outfits from bridal gowns and morning suits to T-shirts and shorts — formed at 4:30 a.m.

In New York City, 823 couples had signed up in advance to get marriage licenses yesterday. Marriage offices in each borough were open, with some drawing more than others.
Outside the five boroughs, more than a dozen other cities and towns from Buffalo to Brookhaven opened their offices to issue licenses, and more than 100 judges across the state have volunteered to officiate.

Chelsea residents Phyllis Siegel, 77, and Connie Kopelov, 85, got hitched at the marriage bureau on Worth Street in Lower Manhattan at 9:02 a.m.
‘‘It was just so amazing,’’ said Siegel, who has been with her love for 23 years. ‘‘It’s the only way I can describe it. I lost my breath and a few tears.’’
Phyllis Siegel (rear) and Connie Kopelov (front) celebrate after becoming the first same-sex couple to get married in New York City the day the state's gay marriage law went into effect.
She added: ‘‘This is the first day of the rest of our lives.


Click here to see photos of a whole lot of very happy, loving people, now legally married, in the State of New York.


Cheers to all the newlyweds~ May Love & Equal Rights surround you! 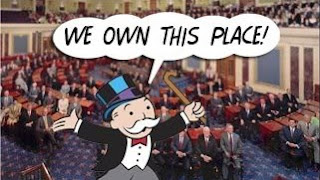 "Corporations, like Koch Industries, Phillip Morris, Reynolds, Kraft, Wal-Mart, Bayer, Coca Cola, State Farm and more, sit on ALEC task forces and vote with state legislators to approve "model" bills in secret. They wine and dine legislators at swank hotels, with child care provided, fundraisers and other perks pre-arranged. After a swell time, participating legislators -- overwhelmingly conservative Republicans -- bring the bills home and introduce them into statehouses across the land as their own brilliant ideas and important public policy innovations. ALEC cuts out the middleman and the state legislators themselves become "super lobbyists" for the ALEC agenda."


"ALEC is not a lobby, and it is not a front group. It is much more powerful than that. Behind closed doors, corporations hand legislators the law changes they desire that directly benefit their bottom line. Corporations are "equal" members. They have their own corporate governing board which meets jointly with the legislative board. Corporations and trade groups fund almost all of ALEC's operations directly through hefty membership dues and indirectly through corporate foundations, like the Charles G. Koch Foundation."


Starving State Government of Revenue to Make It Dysfunctional and Despised: ALEC members are introducing hundreds of bills to grant tax breaks to big corporations and to cripple state's ability to raise revenue, including new constitutional rules to limiting state taxing powers. Grover Norquist would love these lethal proposals.

Privatizing Schools and Other Government Services: ALEC bills encompass over 20 years of effort to privatize public education through an ever-expanding school voucher system, to turn Medicare and Medicaid into voucher programs,and to privatize almost all aspects of government including toll roads and bridges, pensions, foster care and prisons. Foreign firms like Maquarie and Cintra, which are snapping up U.S. roads and bridges, are also using ALEC to push model bills.
Race to the Bottom in Wages for Americans: ALEC bills would repeal state or local laws that boost workers wages such as "living wage" and prevailing wage laws. ALEC bills call a starting minimum wage an "unfunded mandate" but think that prison labor is just terrific. ALEC also supports a radical "free trade" agenda that sends U.S. manufacturing and an increasing number of service-sector jobs overseas.
Defunding Traditional Supporters of the Democratic Party: ALEC purports to be nonpartisan, but only 1 of 104 legislators in ALEC's leadership is a Democrat. ALECexposed.org contains dozens of bills to defund public sector and private sector unions and to make it harder for trial lawyers to bring cases when consumers are injured or killed by dangerous products. 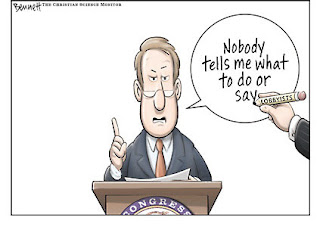 (In addition to these politicians, ALEC has given awards to such corporate CEOs as Richard DeVos and Jay VanAndel of Amway (both in 1993) and Charles G. Koch and David H. Koch of Koch Industries (both in 1994).)

(Economist Milton Friedman has also been a featured speaker. At ALEC's 33rd Annual Meeting in 2006, he spoke about issues including the economy, school choice, education reform, tax reform.)

WOW! I feel the need to go take a shower after reading this list of names. Katherine Harris is the former Secretary of State in Florida during the hanging chad election nightmare in the 2000 Bush2/Gore stolen election.
Boehner just walked out on budget negotiations w the president yesterday, even though he makes $223,500 as Speaker of the House. How many jobs do you get to walk off in a hissy fit & still keep over $2 grand salary?
Tm Delay is now a convicted felon for money laundering. Rumsfeld, Cheney, Ashcroft  Bush2 should all be in jail for long lists of crimes against humanity.
Click here to see a more extensive list of ALEC (owned) politicians.
I thought lobbyists were bad enough, this takes it to a whole new lower level.
Posted by Fran at 11:08 AM 1 comment: