State of the Union

They say a picture says 1000 words....
John "Photo Bomb" Boehner was disrespectful from the very beginning of the State of the Union speech. Starting with the President handing both Joe Biden & John Boehner copies of the speech in a large manila envelope, Biden opened his, & Boehner tossed his aside, unopened.
A friend mused, if there were a shredder there, he would have shredded it!
Boehner was "representing" the party of no by sitting there making faces during the whole speech.
He even chose to not stand when the President said he would make sure the troops who risked their lives, got the medical care they needed, when they returned home. Here in the US of A, the one thing politicians do agree on, are things military in nature-- but certainly "Supporting the Troops", is almost universally both accepted & required (if only in symbolism w the placing of wreaths, saluting of the troops, and other lip service)... John Boehner did not even stand to applaud that sentiment.
Joe Biden looked like he wanted to punch out Boehner after that round.
It is clear that JB represents the menacing attitude of the GOP. Sore losers, having to get up & say we now support immigration reform, if simply because, "they need the votes". Old John McCain got up & stated that one right out loud. No realization of the struggle & conflict, just that they need to win elections & can't ignore that demographic. Heartwarming, Eh?
We can expect more of the same, since the sore losers will turn up the "no". But this time rather than wasting time bending over backwards, President Obama said he will start to use the Executive Order route to get things done. Meanwhile Chuck Hagel's nomination/confirmation process for secretary-of-defense) (he's a republican!) is being filibustered.
"Let’s put this in perspective—Republicans decided to filibuster a Republican secretary-of-defense nominee, someone Mitch McConnell once called one of the most respected foreign-policy voices in the Senate, someone John McCain said would make an excellent secretary of state."

John McCain, the defeated presidential candidate who boldly sang this song while campaigning for president... 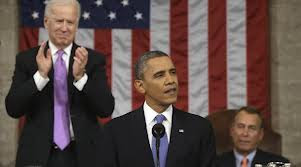 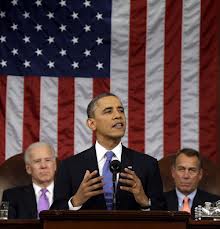 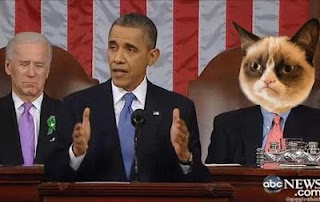 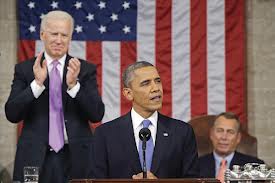 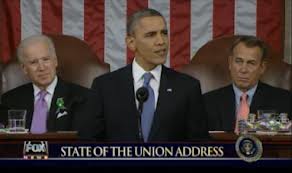 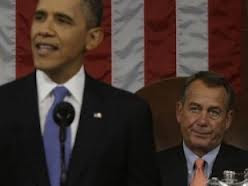 Simply put, the State of the Union is a mess.

they are always sore losers so no surprise there and they don't really ever support the troops, as soon as the troops come home they are summarily forgotten.