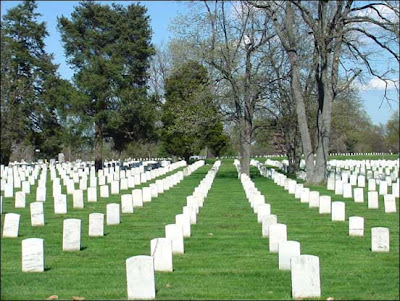 President Obama's Nobel Peace Prize speech may be the worst acceptance speech ever.

"Still, we are at war, and I am responsible for the deployment of thousands of young Americans to battle in a distant land. Some will kill. Some will be killed. And so I come here with an acute sense of the cost of armed conflict -- filled with difficult questions about the relationship between war and peace, and our effort to replace one with the other."

I'll let the pundits slog through all the painful intricacies of the speech.

The speech contained the words "Kill", "Carnage", "Violence", and "Murder", and lots of phrases like "justified, just use of force, and (war) being morally justified".

"That is why all responsible nations must embrace the role that militaries with a clear mandate can play to keep the peace."

"At times, it even feels like we are moving backwards."

Yes, President Obama, it sure does feel like we are moving backwards.
Thanks for reminding us you have ordered Gitmo prison to be shut down, and your promise to wind down the Iraq war right after being elected.
It's been about year now.
"At times, this is joined by a reflexive suspicion of America, the world's sole military superpower." " Whatever mistakes we have made, the plain fact is this: the United States of America has helped underwrite global security for more than six decades with the blood of our citizens and the strength of our arms."
Obama's Peace Prize speech could easily be summed up as "Blood & War".
Awful • Bloodthirsty • Repugnant.
An International embarrassment.
Tell me what you think.....
Posted by Fran at 10:39 PM

My blog piece yesterday is titled:

In short, I think bestowing this coveted, historic recognition on a U.S. president who is escalating the Afghanistan war renders the Nobel fraudulent.

I know, many bloggers on the left wrapped themselves up in Obama's speech and pronounced it "brilliant" and "something we can take pride in" but not me.

Maybe, as one of my longtime readers suggested, Obama can put the plaque on eBay and donate the proceeds to the Afghanistan Relief Organization?

This was a horrible speech, came across as bloodthirsty, war monger, focus as military might as a way to obtain peace.

Obama comes across as clueless.
I do not take pride in this speech whatsoever. ...
in fact, I'll call it an International embarrassment.

Fraudulent is befitting this award & I like the e bay idea.

Strange he mentions the need for financial stability & medical care as being a part of peace-- yet the US is in deep financial trouble & he just ordered $30 billion more in war, and refused to let the public option for real medical reform, brought to the table.

Here's what I think - He's a War Mongering Whore for the Mighty MIC.
Peace.

Human~ There sure was a hefty serving of the Military Industrial Complex in that speech.

People seem to miss the fact that this a a PEACE Prize acceptance speech.... not Justification & Glorification of war speech.

Worst indictment of all: Sarah Palin approved his message!

DK ~ The kiss of death?
You KNOW it's bad when Palin approves.

The more Obama screws up, the more popular Palin becomes.