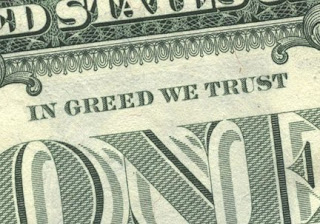 Transocean
Contracts can run for years, and are often renewed. So it was with Horizon, which was under a long contract at variable rates until September 2010, after which the British company had it signed for three more years at $497,000 a day.
Entire fleets of rigs, some worth $500 million, are often deployed with no more than a dozen clients.


NPR reports:
The company that owns the oil rig that exploded in the Gulf of Mexico has asked a federal court to put a limit on the money it might be forced to pay out in more than 100 lawsuits. The company seeks to cap damages at $27 million. But Transocean already has been paid more than $400 million by its own insurance company for the loss of the rig.


Transocean, in a statement, said it wanted to create a more orderly court process. And the legal maneuver puts all the lawsuits in one court. Also, to the company's advantage, the case would be heard in federal court, not a state court, where the case would go before a jury and the plaintiffs could expect higher damage awards.
Transocean, a Swiss company, used the U.S. law that was created in 1851. Back then, ocean voyages were dangerous and ship owners needed to be encouraged to take on such a risky, although potentially profitable, business. Today, multinational companies run the shipping industry, and very few big ships fly under the American flag.
Shhhhhhh!
Mississippi Press reports:
"ZUG, Switzerland --  After the chief executive of Transocean Ltd., owner of the Deepwater Horizon rig, held a closed-door meeting with shareholders Friday, the company issued a terse statement after the Zurich stock market closed saying it would distribute some $1 billion in dividend to shareholders.
Transocean moved to Switzerland two years ago to protect its low corporate tax rate, and few in the city had heard of the company, even three weeks after the April 20 blast that killed 11 workers and has led millions of gallons of oil to flow into the Gulf."
It's not surprising corporations act in accordance with their bottom line-- maximizing profit... but the spill has not stopped spilling. Transocean has a larger-than-a-football-field sized platform on the ocean floor, as well as a 100 ton containment box. They hold a piece of the liability for the wrongful deaths, and a long long list of additional liability.
This is how Transocean rolls.... 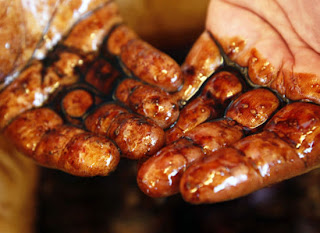 "WILMINGTON, Delaware, May 17 (Reuters) - A U.S. judge took the unusual step of sanctioning a unit of Transocean Ltd, owner of the rig in the Gulf of Mexico spill, for "vexatious" tactics in fighting liability from a decades-old oil well spill in Louisiana."
For them now to be holding closed door profit sharing meetings- distributing $1 billion, while petitioning the court to limit their liability to $27 million is about as ruthless as it gets.
Posted by Fran at 10:46 PM

The company deserves to DROWN. Sell shares and withdraw your support for offshore drilling....before it's too late.

blood money. i hope they have nightmares every night about the 11 people they murdered.

They're getting the money out while they can. Declaring dividends reduces their net worth, hence less $ for any pesky lawsuits to attach.

I'm sure most of these companies are giving their best effort-- at lawyering their way out of liability.

They are literally in the business of extracting crude- they specialize in it!