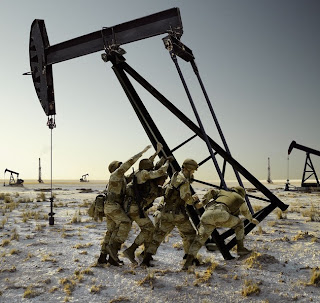 The Iraq war has been declared officially over- except for the remaining 4000 troops they hope/intend to remove by the end of the year.

MSNBC reports:
"Almost 4,500 U.S. soldiers and tens of thousands of Iraqis lost their lives in the war that began with a "Shock and Awe" (Shockingly awful?) campaign of missiles pounding Baghdad and descended into sectarian strife and a surge in U.S. troop numbers.


U.S. soldiers lowered the flag of American forces in Iraq and slipped it into a camouflage-colored sleeve in a brief outdoor ceremony, symbolically ending the most unpopular U.S. military venture since the Vietnam War of the 1960s and 70s.
Iraqi Prime Minister Nouri al-Maliki and President Jalal Talabani were invited to the ceremony but did not attend. 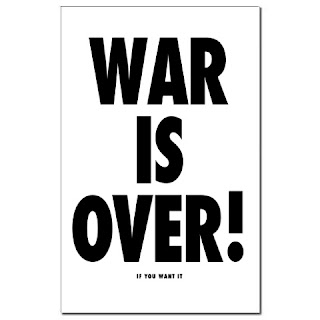 Bombings are still common. Experts are also concerned about the Iraqi security force's ability to defend the nation against foreign threats.
After nearly nine years, 4,500 American dead, 32,000 wounded and more than $800 billion, U.S. officials prepared Thursday to formally shut down the war in Iraq — a conflict that
U.S. Defense Secretary Leon Panetta said "it was worth the price in blood and money, as it set Iraq on a path to democracy.
Panetta has echoed President Barack Obama's promise that the U.S. plans to keep a robust diplomatic presence in Iraq, foster a deep and lasting relationship with the nation and maintain a strong military force in the region."
Well which one is it? Because the war is either over, or we maintain a strong military force in the region-
you cant really have both. The fact that the President & Prime Minister of Iraq did not attend the close of war ceremony, makes you wonder- were they not feeling celebratory, or did they think it was unsafe?

Democracy at gunpoint, was never going to work, I have stated all along. At some point, the alleged success of this war was the use of the surge of troops. Flood a region with more troops than citizens & achieve order. The declaration of success was premature. If you can only stabilize a place by vastly outnumbering the population with troops, then success can only be gauged when the troops are gone. 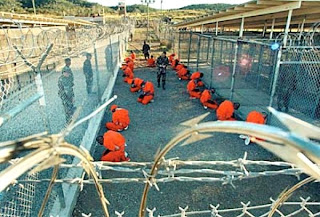 Already, the experts are saying they fear the forced stability will crumble.

One more question, if the war is over, than we should no longer be holding prisoners in Guantanamo, right?


The very first executive order President Obama signed, was to shut down Gitmo prison within the year. That was 2008. 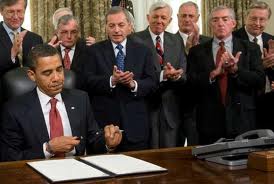 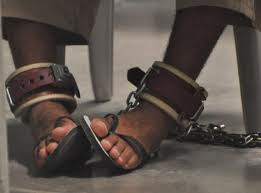 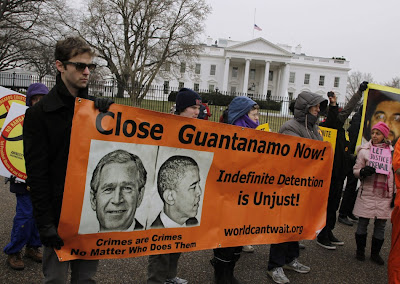 I'm not ready to celebrate until Gitmo prison  is shut down & all the troops are home meaning ending the Afghanistan war as well. War is over does not equal leaving thousands of troops in the region either.

"Some Iraqi citizens offered a more pessimistic assessment. "The Americans are leaving behind them a destroyed country," said Mariam Khazim of Sadr City. "The Americans did not leave modern schools or big factories behind them. Instead, they left thousands of widows and orphans."


I can't help but feel the end of this war is more about the 2012 election- as a checklist of accomplishments.  Why didn't Obama  end the war in the first year of his presidency, as opposed to his last year, pre-election?


Some of the many traumatic stories of this war include the death of Casey Sheehan, and Lt. Ehren Watada. Sheehan's Mother, Cindy Sheehan became a pioneer in occupying the George Bush ranch area in Texas- asking what is the noble cause?
Lt. Watada refused to go to Iraq, in defense of the constitution. He did jail time, and was held by the military for years after the military botched his trial & created a legal "double jeopardy" situation & the case was thrown out,  yet the military still kept him, even after his term of service had expired.


Melissa Etheridge wrote a song about the two, titled Imagine That

Labels: war is over shut down Gitmo prison

It took 9 years, cost $800 billion,4500 dead Americans and 32,000 wounded Americans for a war that never should have happened. It was a war of choice...and a very bad choice at that.

It is an American Disgrace.

Since Obama is going for a resume checklist of accomplishments for the 2012 election, now is the time to demand Gitmo be shut down.
How can the war be over with the US is still holding prisoners of war?
They rely on us having poor memories.

This war of choice was a disaster, and the returning troops are coming home to an America in shambles. The government had better step up & fund services for these troops- because they always found money for war- now they need to find $ for helping these returning soldiers w health & mental health services, housing & the huge transition. We are about to see just how real PTSD is.