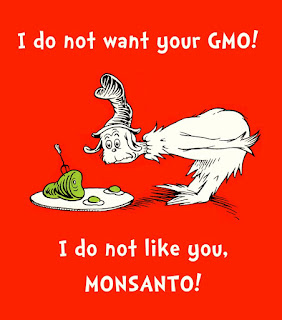 The March Against Monsanto is happening on a Worldwide level, May 25, 11 am PST (3 PM EST).

Currently, marches are being planned on six continents, in 36 countries, totaling events in over 250 cities, and in the US, events are slated to occur simultaneously at 11 a.m. Pacific in 47 states.


Find lists of where Marches are planned at this link.

From the official site:


On May 25, activists around the world will unite to March Against Monsanto.

Why do we march?

What are solutions we advocate?

One march on one day will not fix the Monsanto problem. If having the march bring some awareness, then it is worthwhile. If so many other countries at least have labeling to identify the GMO factor, there is not reason why we can at least know what the
ingredients are or are not.

Check out the Monsanto website so you can know that farmers can spray round up herbicide, where unsurpassed weed control goes hand in hand with proven crop safety.