Ladies & Gentleman..... May I direct your attention to the blog called
"Welcome Back to Pottersville"
It's a long post titled "Assclowns of the Year, Top 50 Assclowns of 2009 Edition"
Here are some excerpts:
Govs Bobby Jindal and Tim Pawlenty

In a show of solidarity with their Republican brothers and sisters (aka the Fools on the Hill), Governors Bobby Jindal of Louisiana and Tim Pawlenty of Minnesota provided brilliant delineations of the Peter Principle by cutting off their respective states’ funding for ACORN. The only problem is that ACORN is funded by neither state. Still, it’s the thought that counts.
The Democratic Party 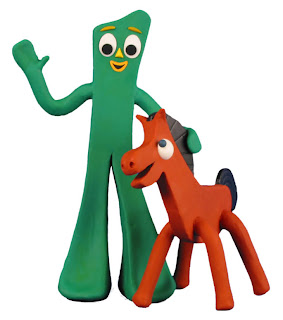 Showing the backbone of Gumby’s horse Pokey, the Democrats essentially, especially with the aid of several dozen Blue Dogs, even with a filibuster-proof majority, handed control of the government back to a minority party that’s one more disastrous election away from wearing a paper bag on its pointy head. Led by “Give ‘em Head” Harry Reid and Nancy Pelosi, the Democrats gave up tens of billions in necessary spending on the stimulus bill to get three Republican votes. They united with the GOP to cut funding for ACORN and let Obama fill Afghanistan with more warm bodies without him declaring war on it.

They were always willing to cut the throat like a sacrificial lamb of a public option to temper an individual mandate on the immediately compromised health care bill to cadge the vote from the one Republican they could briefly seduce to their side (Olympia Snowe). A single payer plan was never in the running and they stood helplessly by while the likes of Tom Coburn ground things to a smoking halt by making the Senate clerk read Bernie Sanders’ entire 767 page single payer amendment. And all these betrayals were done in the name of that holiest of holies: Barack Obama’s wet dream of bipartisanship with a party that would sooner hang him from the White House Xmas tree than watch him light it.
Sen. Saxby Chambliss

Another old, embittered white racist who would do Jesse Helms and Strom “I Split the Dark Oak” Thurmond proud, Saxby Chambliss is a draft-dodging chickenhawk Republican who had the gall to run for the Senate on a patriotism platform against war hero Max Cleland. It essentially reaffirmed the national suspicion that most southern Republicans view a black man in the White House with as much alacrity as Hal Turner would welcome into his the Rev. Jesse Jackson. No wonder they’re so bitter- all the black porters have gone away and they have no one to lug their racist baggage for them.
Fannie Mae and Freddie Mac
Getting in right under the wire was Fannie Mae and Freddie Mac for this heartwarming holiday news item that came out on Christmas Eve that the lending giants’ two CEOs will still pull down $6 million this year. Not $6 million combined, $6 million each.

Since Fannie Mae and Freddie Mac were both seized by the federal government last year, that makes Michael Williams and Charles Haldeman Jr. the highest-paid federal employees in the country, making over 15 times more what President Barack Obama makes. And yet the Federal Housing Finance Agency that regulates and oversees their actions still maintains that excessive pay is needed to “attract and retain top talent” like the kind that resulted in a $112 billion bailout at taxpayer expense.
But wait! There's more!
Go there & get a hefty helping of reality & sarcasm in servings rarely seen on other media outlets.
Welcome Back to Pottersville
Posted by Fran at 12:01 AM

We could use a Canadian version I'm sure... As for Pottersville, dontcha just live Jimmy Stewart?

Hi Gary~ Wow it was quite the recap so I just had to link it.... so much happened, it becomes a blur.