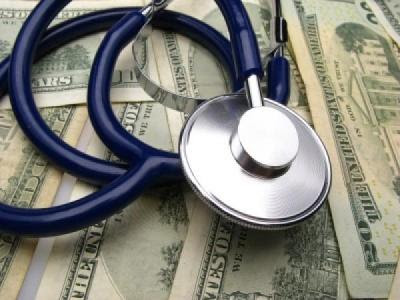 I got another one of those presidential e mails from Obama.

The gist is this:
(Apparently we are on a first name basis!)

After years of waiting and months of debate, it's easy to forget how painfully urgent the fight for health reform truly is. Since the full Senate began debating its bill just two weeks ago, approximately 200,000 Americans have lost their health insurance.

They all have stories to tell -- the heartbreak of loss, the frightening reality of being denied life-saving care, friends and neighbors at risk simply because they cannot afford insurance.

These stories are a necessary reminder to some in Washington: This debate is about something far more important than protecting profits or scoring political points through delay.

It's about who we are and what we value as a people. It's about whether Americans are ready to come together once again to build a stronger nation.

Comprehensive health reform legislation has passed the House and the debate has moved to the Senate. Never before have we made it this far. Now we have a chance to make history together.

We're in the final stretch of this fight. Please donate $5 or more today to support Organizing for America's 50-state campaign for reform.

I'd like you to know I donated $1800 dollars, and an additional $2400 to health care, plus hundreds more in co pays. Not to your campaign, but what I paid in co pays & payments to have insurance, for me, my husband who was unemployed half the year, and my (starving) college student.

So please don't ask me to spend money to contribute to the campaign when you just announced you'll be spending $30 billion taxpayer money for more war.

Because even if your heath care plan goes through, I will still be paying through the nose to for profit insurance company bastards. You took the public option off the table, and put war on the table.
There is no confusion to me that the two are directly related.... when congress whines about having no money to pay for healthcare.... just look at the billions spent on wars. We have money, the government just continues to mismanage it.

Furthermore, things are looking up!
Next year I have a $500 deductible, and $50 prescription co pays, plus I get to pay 20% of the overall bill.
Did I mention I was on a pay freeze?
Let's just say I already gave at the office.

Call me an unhappy constituent.

Well, from the previous comments, this may be a bit off-topic, but I loved your fund-raising solicitation letter to Obama Fran. It reminded me that somehow -- after months and months of requesting to be 'unsubscribed' before, and for months after, his election, I no longer receive his spam crap.

It was sad to watch as my frustration to halt those solicitations grew and shocking also to see the evolution of my ability to express myself profanely in new and interesting ways in those requests.

It would be one thing to receive such solicitations if President Change was reforming health care but, as with so many things of this presidency, it's all just a big shadow dance.

Thanks for expressing an opposing point of view, for us unable to support President Change's plea for money. Oh, and I would gladly support your plea for donations for your son's root canal, but as I learned last week, I am a candidate for a crown.

Maybe if he and I wait just a bit longer, we'll get some $$ relief from the cost of such things when the new health care bill is finally passed. (But I won't hold my breath, even if breathing air reminds me of the sensitivity of my tooth awaiting its repair.)

Lauren~ Welcome!
I just had to have this rant & get it out of my system.


Dada: As for the fundraising request-- I figured turnabout is fair play! For a very small percentage of that war budget, you & my son can have your dental work done.

If Wall Street & Car manufacturers can get bailouts, why not us? Maybe Hank Paulson can get total immunity to swipe, I mean secure funds for our needs?

Why does Haliburton get all the money??

Besides all those medical costs soaring, the State College tuition went up 28% in 2 years time.

I'm no math scholar, but I'm pretty sure we need a magician, a bailout, or a bankruptcy attorney.

I thought the health care bill would get sliced & diced in the Senate. Of course now they are playing the "abortion card".

I tried to see if abortions ARE covered in the Federal employee i.e. Congressional health care plans.

Wouldn't that be something if in all that clamor about morality & forcing women to have unwanted pregnancies- even in cases if rape, incest, or to save the life of the Mother.
I suspect they may have a different reality, where the divide between the haves & have nots, widens.

I know you've been hinting about a potential X mas present you are hoping for.... but maybe you will get a dental crown instead???

Barry and his homegirl, Nanny Pelosi, conceded the Public Option months ago.

To hear Barry orate about how he "welcomes the work of both parties" on healthcare reform is just a joke and one that angers me.

Yeah, lowering the Medicare buy in to age 55 will provide coverage to 4 million more Americans but according to the CBO, at a cost of $7,800 a year in premiums and the 80/20 gap is still there!

Ah, how do you spell:

I saw the writing on the wall for Barry's signature piece of legislation when he allowed the Congress to go home on summer break last August before they voted. August is the most dangerous month in Washington and Barry should've know this.

It's really stunning to see Barry and Nanny and Step-in-Fetch It Reid tell the media how the current reform bill is "great for Americans."

At least Barry, the war time president has his Nobel Peace prize and at the end of the day, that's the only thing that matters to him.

Puke. And to think I worked for 18 months to get this guy elected?

that should be the response to every campaign donation request from democrats who did not support a public option. tuck that note into the envelope instead of a check.

Christopher~ I think you covered it.
The public option was never going to be an option. (True Universal healthcare).
Pelosi dictates to the House & Reid is lost in space. No spine or ability to get dems to unite.

I have to say the president has a majority in both houses, and still is having a hell of a time getting anything done.

I have to say I cringed when I heard Obama's Nobel Peace prize speech.

I almost can't stand to watch the health care legislation get sliced & diced and so watered down, it is questionable as to if it will do more damage than good.

Will people really be put in jail for not paying for healthcare?

Well! That's one way to get both housing & healthcare in America.

nonnie~ Ha! It would be easy enough to make some photocopies of a reverse donation requests.

Fran... I stop by and read your blog often. You are saying in writing what I'm saying at the big table while sitting with the guys at the coffee shop. (by the way, I don't drink the Americano anymore, just a small brewed coffee, can't afford it).
The thoughts I have about the war(s), health care, and on and on mimic yours. My situation is different because I have health care through the VA, but I'd trade in an instant for better health. As you know, I paid quite a price to get the so called "free" health care. (Did you know that the VA has admitted that diabetes can be caused by exposure to Agent Orange?)
Anyway, just stopped by to see what condition my condition was in.

I unsubscribed from the Obama Misadminstration a few weeks ago.
Peace.

Hey Spado~ I used to like Almond Lattes, but I decided that was a rip off, I usually get a house blend.

We can;t just keep on w the status quo on the war/money scene.
Come on! This is more of the same BS & anyone with a clue knows there is no way to "win" in Afghanistan.
I hate they sanitize the lingo-- there will be an uptick in fatalities.

It's just mo' de same & we already had enough.

Hunh! I did NOT know the VA made the DM decision related to Agent Orange.
I know they fought like hell to deny the toxic exposure....

I hope that yields you some additional benefits.

By now jack frost has arrived in your hood.

We just got official word from our site manager they rarely if ever close the office due to weather.

A heartless & uncaring message.... come to work you lowly people... even if you have to risk your lives.

Screw that.... last year full on busses were sliding on ice into ditches, & semis jack knifing on the freeway & sideways.
I called off on coming in.
I don;t care... write me up & ding me for attendance... this job ain't worth dying for.

I just think Mother Nature should make this corporate driod eat her words & whip up some huge snowstorm that shuts everything down for several days.

It would be sooooo sweet.


Human- I am on the brink of doing the same.