The short end of the stick 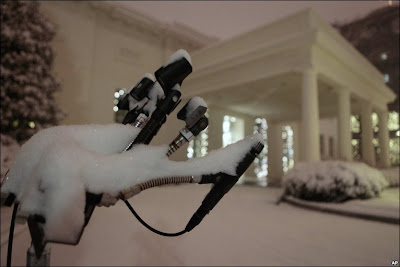 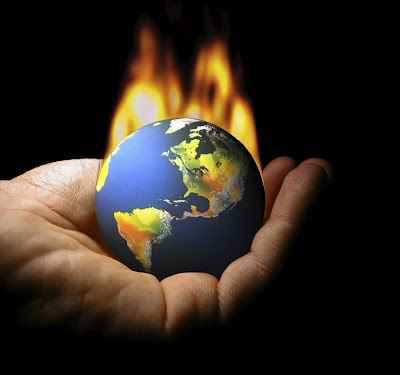 If I use the analogy of We the People drawing straws, we keep getting the short end of the stick.

The recent climate change conference, an oxymoronic event where people from all over the world gather, burning vast amounts of carbon to get together to discuss the environment.
they did not have enough limos, so they had to have people bring in more from other countries to meet the demand.
A commenter on PBS used the word "sham"- referring to the non validated, non binding end result agreements.
Shame the 2 worst polluters- the US & China are the least committed to serious change.
A lot of talk & no teeth. Which means we squander more critical time to seriously take action and make significant change.
I heard it explained that some changes Obama could have made through clean water/air & environmental laws already in place- while other specifics require Congressional approval, so he can't make those promises.

Still it feels like that came out as an empty promise. Talk is cheap.... we want change, action. We don't have time to stall & remain stagnant. We've got the whole world in our hands!

Back home re Health Care, we've heard lots of different viewpoints this week, the Senate has butchered the bill so badly, it is questionable whether it is worth salvaging. I have real mixed feelings on it. First I feel Obama is not really "leading" the issue... he needs to be stepping up to the transparency- make the proceedings public, and he needs to put the pressure on- as do we the people.

I think Shields is on a good track...

I just noticed the world-in-flames-in-hand is facing the wrong way! OMG, maybe the sun will now rise in the west? I wonder what those who don't believe in climate change would think if it did.

DK ~ You asked "I wonder what those who don't believe in climate change would think if it did."

Answer: They would blame Barack Obama & the "Liberal's".

I added a new photo today... the snow covered microphone set up for the post Copenhagen Climate change comments.

Or should I say Cl-Cl-Cl- Climate change... freezing ass cold weather in a major blizzard.

I'm no expert on global warming, or climate change, but while people on both sides of the political aisle argue about the cause(s), only a genuine kook like Sarah Palin, Glenn Beck or Rush, can deny it's happening.

No wonder the Maldive Islands off the shore of India are disappearing under the waters of the Indian Ocean. An American Indian tribe in Louisiana (I can't remember their name, I'm sorry) who have lived off the Louisiana crescent for thousands of years are relocating inland to Baton Rouge because their land is now submerged from rising waters of the Gulf of Mexico.

Whether these changes are natural and cyclical, or from greenhouse gases heating the planet, is a largely specious and meaningless discussion are at this moment in humanity's history. Something is changing and it doesn't bode well for our survival if we don't act.

Christopher~ I'm wondering if you are buried in snow where you are?

Of course there is natural climate change, but there was solid science from many years ago that proved human's impact on the planet. All along those polluting profit maker's threw monkey wrenches in the "science of it".... the strategy has been to question the science & stall.

You can see the pollution plumes from space, it's that thick, and totally irresponsible of the biggest consumers to not make solid commitments.

The notion of Palin as a voice for the environment? The woman has a polar bear carcass (pelt) on her couch for decoration.
Please! Her campaign motto was Drill Baby Drill... which equals Kill Baby Kill.

That stalling and decrying the science worked for the tobacco industry for years so no wonder the industrial polluters are using the same tactics to stall any meaningful action. Our government should be ashamed of itself for catering to these short term interests and making money rather than our long term best interests as a human community.

Obama has let this nation down by not leading on this topic and on health care as well as by expanding the war. He is not a liberal at all in my view and I am very disappointed in him.

No snow here. That awful storm tracked east and missed Upstate. But it's cold and miserable and I can't wait to get back to California once and for all.

I only mentioned Palin because her people keep updating her Facebook and Twitter account to post "her thoughts" on the issue of climate change and the comments could be written by any oil company executive or, Bible thumper. On her Facebook account (the source for the Washington Post column -- puke) she allegedly wrote that Obama's efforts in Copenhagen were a "crime against humanity."

Of course, this is from a moron who wants to turn the Arctic tundra into Saudi Arabia to drill for oil.

Lib~ You are right, when you don;t have a good argument, stall & question the science.
There are definite things Obama could have made good on enforcing existing Acts-- so what was the point?
In my book, the big time polluters need to take verifiable big time action. By doing nothing, they are in effect saying $$ comes first, over our planetary world community responsibility.
Times wasting & it's later than we think.

Christopher~ Glad you are not buried in the blizzard.
Palin is an idiot.... I won't devote any time discussing her head in the sand theories.
But if she attempts to run for pres.... we will have to unite to take her out of any election proceedings... but chances are she will induce her own demise w some stupid move-- that seems to be the pattern so far.