The rats are abandoning the sinking ship... 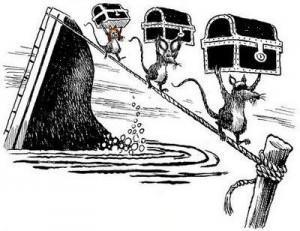 Looks like Trump & Huckabee are out of the 2012 presidential race.  Taking their hats out of the ring?
It is speculated the Donald probably did not want to have to do a full financial disclosure, as is required of presidents.  Trump reportedly makes $42 million a year.
The president  only makes $400,000 a year plus $50,000 for expenses. Trump is making 93 x more money.
Trump claims this is all about the charity money the show raises. Apparently, Trump IS a charity, because several years ago he made $50,000 per episode, x 17 episodes a season. Not too shabby!

Huckabee gave some schpeal about his relationship w god & although humans encouraged him to run for president, god told him no. Maybe the fact he ran before & lost might have something to do with it,
but OK we will go with divine intervention. Sadly, Palin plays that same card too, often answering the "will you run for president" question, with an "if god tells me to" reply.
Which leads to the question-- Does god ever tell people to STFU? One would hope god would tell Palin, if you can't make it through a term a Governor, forget about being president. Palin is such a grifter, she probably only wants to be president for the free childcare, meals & housing.
At least old John McCain has the sense not to run again, a third try at a presidential election would not be a charm.
So that leaves the GOP with Newt & Mitt. 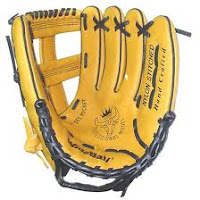 We know why so glum~ the GOP made it's comeback by storming the house & demanding tax cuts for the rich! Then they thought they would slice & dice medicare. Ooops! They forgot about the voters out
there. They have had enough rope to create their own noose. The GOP is in trouble. Plus anyone who was paying attention knows "fiscal conservancy" was all but non existent during the 8 years of the Bush2 debacle presidency.
They racked up a $12 trillion debt without blinking, and now want to come down hard on spending.
That would have been a good strategy about $12 trillion & 8 years ago. 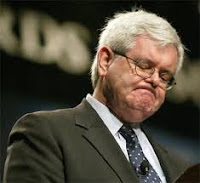 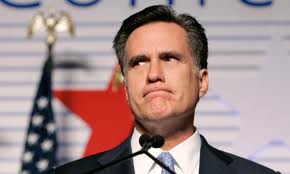 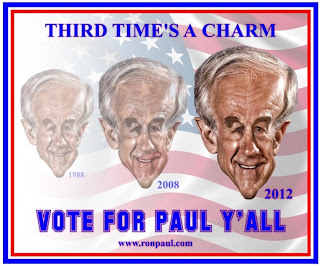 Will the GOP be stupid/desperate enough to add Palin to the mix?, or is she just Tea Party crazy? 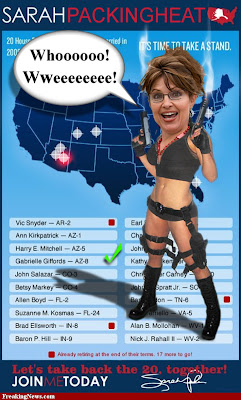 Tune in again for the continuing adventures of  "As the stomach turns...."
Oh well, at least Trump is out- we appreciate you firing yourself from running for president.
Austin Lounge Lizards Sing Gingrich the Newt

writch | Myspace Video
Hat tip to Maui Girl for finding this tune
Posted by Fran at 10:38 AM

Their only chance is to crash the government and then convince everyone that Obama did it.

the rethugs can't shit on newt enough for dissing the eddie munst...i mean, paul ryan bullshit budget plan, so he's out. princess sarah is yesterday's pin-up girl, and batshit bachmann is the new one. the rethugs at the top hate romney, but he's able to collect a lot of money, so they might have to live with him. they're probably hoping someone else steps up to the plate.

"does god ever tell people to STFU?" .... LOL! thx for my laugh of the day! I imagine the type of people that would get that godly message are not the type that would actually hear it.

newt seems to have already hung himself. batter up, bachmann?

they keep talking about mitch daniels (about whom I know nothing ... maybe that's his appeal?) and Jon Huntsman (about whom I do know something ... he's a more personable version of mitt romney and there is no record of him having strapped a diarrhetic dog to the top of his station wagon for a 500-mile drive).

think sarah p will try for a 3rd party run if she can convince someone to be her running mate? she's certainly got the ego.