""Today's report shows the private sector clearly isn't 'doing fine' and that President Obama's policies have failed," Boehner wrote, making reference to a remark Obama made at a press conference in June.

The House Speaker also pointed to an upcoming vote on continuing the Bush-era tax cuts, which he said needed to be extended to help small businesses grow."
Of course it is tax cuts for the rich that the Republicans are fighting for. 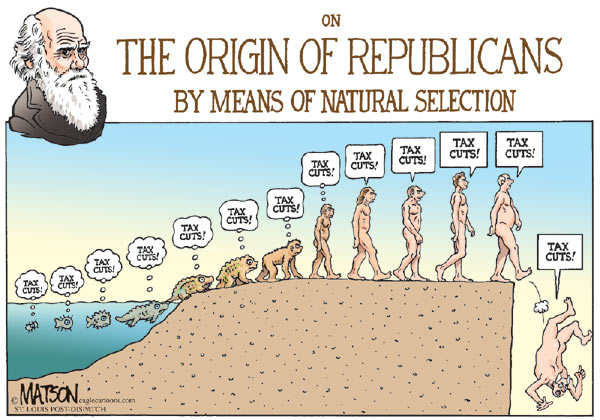 Republicans are idiots. Case in point.

"Just because a couple people on the Supreme Court declare something to be ‘constitutional’ does not make it so."

Because the U.S. Supreme Court upheld the Affordable Care Act, it makes it precisely unarguably constitutional.

I do not mean to suggest the men and women from Kentucky are somehow inherently dumber than the rest of the country but seriously, this is a man who graduated from Duke Medical School and practices eye surgery. He can't really be so ignorant about the constitution and the rule of law?

The nut did not fall far from the tree, in the Rand Paul/Ron Paul scenario.

Yes he can be so ignorant, & he is.
The REpugs are like pit bulls on this issue.

Romney guffawing that yes it IS a tax, and Cantor & the likes vowing to repeal it in congress.

Why are they such pitbulls about giving the small people a little break???

Oh right this is somewhat a crown jewel of the Obama administration... they want to undo anything he does.
They are against anything he is for just to be oppositional/ defiant.
I hope the party of no gets kicked to the curb in the net election.

Them & their obstructionist gridlock, supporting nothing but tax cuts for the rich & war spending.
Throw the bums out!

the other day some tv fox consultant said repubs are the party of old white fat men. your 'toon certainly illustrates that perfectly. homotaxophobicus?