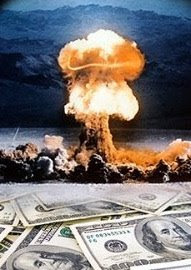 Deja vu all over again! The husband's workplace just layed off 245 more people today. 1400 two weeks ago, and 600 a few months ago. The newspaper reported a $9.7 million dollar loss for the company this quarter. That's 2245 jobs lost. They say some of the 225 production workers MAY be called back to work in a few months, but there are no guarantees. Those that did not lose their jobs will face multiple, sporadic, weeklong production shutdowns.

In other news Exxon Mobile posted an $11.68 BILLION dollar profit, which just happens to be the largest quarterly profit ever earned by a U.S. company.

"Oil prices are set on the open market, not by the oil industry. But that hasn't stopped public protests, a series of congressional grillings for top oil executives, and a failed attempt by lawmakers to slap Big Oil with a windfall profits tax.

Stock buybacks essentially manipulate the market, to drive the value of the stocks higher.

I guess I should not be surprised that Congress/Lawmakers have done nothing about the obvious big oil price gouging, and billions of profit, but it is clearly one major factor in our failing economy.

I wonder if a similar situation is what really did the dinosaurs in???

I am so so sorry..how stressful...and it is everywhere....so frustating the MSM can not focus on what is really going on....and effecting real people every day....

Hey E- MSM reported unemployment numbers are DOWN.??? Maybe people losing family wage jobs are having to work 2 crappy jobs to keep afloat & making it look like jobs have increased?
Sure does not jive with what is going on here.

The busiest place in town is the Unemployment Office.

They said people need to call ahead to make an appointment, they have a backlog of clients in line.

One half million job losses this year.