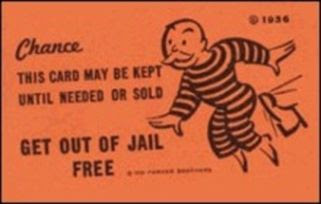 Damn! We can't seem to find any clean politicians. When they fail to pay taxes, they are "oversights" or "Innocent mistakes". So a little oversight on Geithner's part, failed to pay $35,000 self-employment taxes for several years. He paid $15,000 in interest, but no penalties. Hey! Anyone who can get away with bilking the IRS of $35,000 for all those years, AND not pay a penalty must be a financial genius!

Now we have Daschle & his baggage. His post Senate situation prohibited lobbying, so he worked as a "special policy advisor" of a lobbying firm. Daschle did not pay taxes on an additional $83,333 that he earned as a consultant to InterMedia Advisors in 2007,
He also took tax deductions on $14,963 in charitable donations that did not qualify. Daschle just now paid owed taxes and interest -- an amount totaling $140,167 -- in January 2009. No penalties for him either?
Worse, his work was for big pharma. Clearly that is a major breech of the ethics policy Obama rolled out.
#1 No making up different names for lobbying, such as special policy advisor
#2 Does no one else see this as a conflict of interest? The Health & Human services director comes from a position of lobbying for makor pharmaceuticals?

Maybe we can just restore the Federal Treasury by nominating a string of politicians and find their tax oversights? Everyday people have to pay hefty penalties for money owed to the IRS. Do we have special rules for politicians, because it was just an oversight/ mistake?
Posted by Fran at 11:28 PM

I so totally agree with you Fran.. I have a real problem with this one.. Geithner I could kinda see.. he was working overseas and there used to be different rules for income earned overseas.. that may have changed I don't know.. it has been a number of years since I worked in taxes, and they have changed some of the rules. But Daschle just bothers me... this is bad in so many ways... I don't think it is right and I really think he should step aside.

Is there a box on the tax form one can check off tha reads "Ooops! Just an oversight, no penalties please"?

The Geithner incident is particularly weird since he was appointed as Sec. of the Treasury. But again, if he was able to pull it off, he is smarter than most, because often the IRS finds these issues & goes after the money.

Daschle just has so many strikes against him, you have to wonder if any vetting went on at all?
There is some kind of good old boys element to this. I hope he does NOT get confirmed.

This is getting embarrassing already.

hmmm...I had not thought of the penalty aspect. wonder what that's all about. I do know "penalties and interest" are sometimes lumped together as one item (to preclude protesting the penalty portion, penalty being assessed for willful non-payment, or something like that).

well since Daschle withdrew this AM, I guess he'll just slink off & make damn sure he declares constructive or phantom income for driver services forthwith! oh & make sure that his accountants scrutinize all possible charitable donations. Jeez, you'd think a guy that earned $5million in the last couple years should be able to afford pretty good accountants.

I'm mad he did not disclose this potential problem to Obama since he obviously knew about it June-July last year. I'm also mad that the repubs apparently had no ethical issued with Bush confirmees like Gonzo and Mukasey etc, but have now suddenly found ethics! Where were their damn ethics the last 8-yrs?

I wonder who's on the HHS short-list now? I think Annette mentioned Howard Dean, but don't know if he's expressed any interest or if maybe he has tax issues, too. meanwhile, any possibility of universal health care & social issues go to the back of the line.

I am so glad Daschle withdrew. He was on mighty thin ice & after Gaithner & his tax issues, this was a disturbing trend. Daschle was a double whammy with his pseudo lobbyist resume- in pharmaceuticals, no less. Come on!
I thought Howard Dean was going to be the potential Surgeon General.
I wish they would find a woman with years of exp in HHS for this position.

Maybe they DID vet Daschle. Maybe they did vet Killefer. Maybe there just aren't that many in DC who do NOT "forget" to pay their full taxes? Maybe, after figuring their taxes with all available tax shelters, tax dodges, tax loop holes, Daschle and Killefer felt they were still being unfairly "pinched," hence the temptation to *fudge* a little more out of us honest filers who for some reason have the fear of the IRS in us -- don't get me wrong -- we should after all, those seem to be the ones most often caught.

But I digress. I believe there exists two subsets of Americans: Them and us, the latter of whom try to file honest tax returns, despite knowing they'll never get a shot a Secretary of Treasury, Education, Defense, etc. And then there are the "thems" for whom defrauding the gov't think they can (and often do) get away with it. (Not anticipating they may one day want to become a cabinet member and invest in their future financial security with the health care industry, defense industry, etc. that they'd be "regulating" who will later employ (*reward*) them (*richly*) after they leave gov't service. It's just a merry-go-round the poor bastards get hopelessly stuck on, poor babies!

But I am gaining renewed hope in Americans, i.e., the underpinnings of civil unrest may be surfacing by late spring/early summer, probably beginning among those of Grecian, French, African or Latin blood first.

You know, I think the tax situation is going to hit the skids this year and next year.

Unemployed people have tapped unemployment $ and with no work, there is just not money to pay taxes.

What is the IRS going to do- go after people in tent cities?
At that point going to jail would be an upgrade. 3 meals a day, a roof over the head, a bed & a flusher.

But it floors me, the IRS goes so rabidly after those in the small potatoes division, & let guys like Gaithner get away with $35,000 amounts?
It does not even seem worthwhile to go after the $300 tax debt & letting the huge sums slide.

A co worker was telling me he owed $300 after a period of unemployment, and they threatened to garnish his wages if he did not cough it up.
Probably living @ poverty level for a family w a child.

I am going to wrangle with taxes this weekend.
You might hear cussing from me all the way down there in Texas!

I live in one of the Highest personal income tax states in the country because we have no sales tax.
It ain't pretty.