And doggone it, people voted for him! 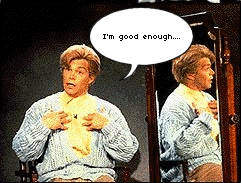 Hard to believe, but the Minnesota Senate race is still dragging on. Al Frankin-- the ex SNL guy, whose character "Stuart Smalley", staring at himself in a mirror, saying
* I'm good enough, I'm smart enough, and doggone it, people like me. *
Well apparently that is ringing true, even though his political opponent- Norm Coleman is going to need some self therapy time at that mirror....
I lost the election, I have to stop the legal appeals, and doggone it, more people voted for Al Franken! 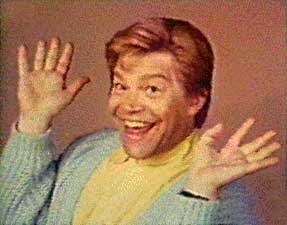 Months after the elections are over they are hashing over what counts and demanding recounts... but each time now that Norm pushes another legal appeal, Franken keeps getting a few more votes. The recent appeal & addition of absentee ballot votes counted, pushed his lead to 312 votes.
Coleman is coming off as really pathetic now... he has said he will appeal to the state Supreme Court if he loses.

Apparently, Norm Coleman's strategy, is if he can't win, he will drag out appeals the full four years of the term.

If Norm can't win-- Nobody wins! 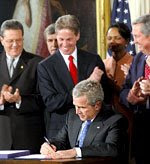 If the US Senate needs anything-- it is a comedian.

The GOP just can't stand it that a guy who wrote Lies and the Lying Liers That Tell Them is actually going to hold a public office. Between the self-implosion and this debacle, I wouldn't stand too close to a republican these days; you could be hurt in the blast.

I look forward to the day Al Franken stands at the podium on the Senate floor & says "Sorry I'm late".

I still snicker to myself recalling when Mike Snow, a N.Georgia State Representative cornered me in a downtown pub in 2006 and insisted that "You can't run as a Democrat and be elected", furthering his miscalculation with "It's all about race."

My, My, how things change - at least outside of crooked-ass Georgia. I'm surprised that all of the rejected GOP freaks around the country haven't moved to GA to run for office. (Like they don't have enough home-grown freaks already...)

Another example of repubs desparately trying to maintain some relevance. Coleman lost, not by much, but he lost. Get over it, Normie! And BTW, Eddie Bauer called and wants his wardrobe back!