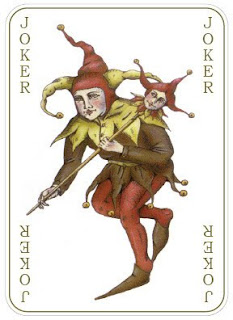 First, thank you dear readers for putting up with my ranting about the saga of Sears appliance department, and the wild ride we had. Just had to let you know in the end, the final chapter was, as you may have predicted, not without...... more screw ups!
I hustled on out of work to get home in time for the delivery appointment. Two hours later, the guy shows up. Relief-- he looks like a pro, has a happening truck w a lift & he's been doing this for 30 years.
The old machine comes out & he takes the new machine out of the box, swings it around....
and it's----------

The WRONG color!
We waited a week & 1/2 to reorder a white machine, & he delivers a black machine!

By this time I am toast. Of course they had to make a grand finale with another mistake.
We decide we simply want to be done-- it is the correct model, just the wrong color.
We will take it, but (dammit) Sears is going to comp us for this.
So $75 is taken off for the maximum mistakes factor, the manager assures me over the phone.

The machine hums quietly & is running it's first full load tonight.
Ahhhhh we are done with the appliance debacle.
We can bask in it's blue light glow & sigh a sigh of relief.

Or so I thought!

A medium potato was rock hard & uncooked in the oven after an hour @ 350 degrees.

The freaking built in oven-- which we KNOW is at least 17 years old, looks like it either needs a new heating element, or the appliance people are going to burst into laughter & tell us we don't need an appliance repair guy- call the Smithsonian for this relic.

* After having an extensive conversation with the automated voice robot~
an actual human asks us for the serial number.
You know it's really old when the metal plate w the serial number is worn to a sheen & can't be read.
She could punch in the model number from off the booklet- these built-in ovens were made in 1978- 1981. So this baby is at least 29 years old! It's a Whirlpool!

But when the sacred install/delivery guy was here, we got his personal number.
This time we start with him-- cut out the middle man & go from there.
The likelihood we would do this through Sears? Not so much. 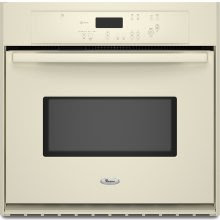 There's a local guy here in N.New England named Shep. He does appliance repair--you name the make, he does it.

Forget the brand-name guys. Follow and fine your true Shep!

Wha'dya wanna bet you'll order a replacement oven in BLACK and a white one will arrive?

At this rate, pretty soon you'll end up with an art deco kitchen!

my stove's elements work some days and not so much on others. the refrigerator shudders every few hours, and the stuff in the fridge freezes while the stuff in the freezer is soft. they're 20 years old now, so there's no sense in trying to figure out what's wrong with them. i remember the good old days. appliances came from sears, and they lasted 30+ years. now, it's a crap shoot. if you're lucky, you'll get through the first 10 years without a major repair.

Oh Lulu~ I could use a Shep for sure.
Stuff coming off the assembly line these days is Not Scottish! (It's CRAP).

Nonnie~ Sears went cheap & let frigidare make their Kenmore stuff. It falls apart in a few years-- I have a washing machine that does not kick in to final cycle-- I have to manually move the dial to make the final rinse finish.
Our first Kenmore washing machine we bought
used, when the kids were in cloth diapers- heavy duty washing....even the used old machines held up better.
Our old stovetop was down to 2 burners.
i was thinking we'd need to be getting a hot plate plug in next.

So we will try to resurrect the oven.

So looks like I can get a $40 replacement part & limp the 29 year old machine along a few more years.
We'd really like a break from the world of appliances for a while.