Shoddy from the beginning 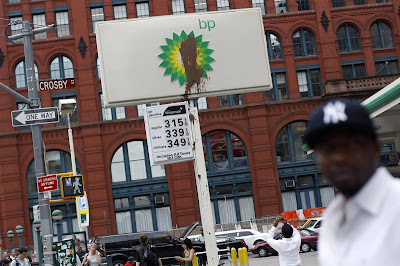 BP~ the company everyone loves to hate these days. For good reason- not only did their cutting corners to increase profit margins cause the worst environmental disaster this country has ever experienced, but it turns out it was sloppy from it's inception.


Professor Peter Lutz is listed in BP's 2009 response plan for a Gulf of Mexico oil spill as a national wildlife expert. He died in 2005.
Under the heading "sensitive biological resources," the plan lists marine mammals including walruses, sea otters, sea lions and seals. None lives anywhere near the Gulf.
The names and phone numbers of several Texas A&M University marine life specialists are wrong. So are the numbers for marine mammal stranding network offices in Louisiana and Florida, which are no longer in service.
BP PLC's 582-page regional spill plan for the Gulf, and its 52-page, site-specific plan for the Deepwater Horizon rig are riddled with omissions and glaring errors, according to an Associated Press analysis that details how BP officials have pretty much been making it up as they go along.
"BP Exploration and Production Inc. has the capability to respond, to the maximum extent practicable, to a worst case discharge, or a substantial threat of such a discharge, resulting from the activities proposed in our Exploration Plan," the oil giant stated in its Deepwater Horizon plan.
In the spill scenarios detailed in the documents, fish, marine mammals and birds escape serious harm; beaches remain pristine; water quality is only a temporary problem. And those are the projections for a leak about 10 times worse than what has been calculated for the ongoing disaster.
Billy Nungesser, president of Plaquemines Parish, La., says there are "3,000 acres (of wetlands) where life as we know it is dead, and we continue to lose precious marshland every day."
There are other wildly false assumptions. BP's proposed method to calculate spill volume based on the darkness of the oil sheen is way off. The internationally accepted formula would produce estimates 100 times higher.
The Gulf's loop current, which is projected to help eventually send oil hundreds of miles around Florida's southern tip and up the Atlantic coast, isn't mentioned in either plan.
The website listed for Marine Spill Response Corp. - one of two firms that BP relies on for equipment to clean a spill - links to a defunct Japanese-language page.
This week, after BP reported the seemingly good news that a containment cap installed on the wellhead was funneling some of the gushing crude to a tanker on the surface, BP introduced a whole new new set of plans mostly aimed at capturing more oil.
The latest incarnation calls for building a larger cap, using a special incinerator to burn off some of the recaptured oil and bringing in a floating platform to process the oil being sucked away from the gushing well.
In other words, the on-the-fly planning continues.
Some examples of how BP's plans have fallen short:
- Beaches where oil washed up within weeks of a spill were supposed to be safe from contamination because BP promised it could marshal more than enough boats to scoop up all the oil before any deepwater spill could reach shore - a claim that in retrospect seems absurd.
BP asserts that the combined response could skim, suck up or otherwise remove 20 million gallons of oil each day from the water. But that is about how much has leaked in the past six weeks - and the slick now covers about 3,300 square miles, according to Hans Graber, director of the University of Miami's satellite sensing facility. Only a small fraction of the spill has been successfully skimmed. Plus, an undetermined portion of the spill has sunk to the bottom of the Gulf or is suspended somewhere in between. 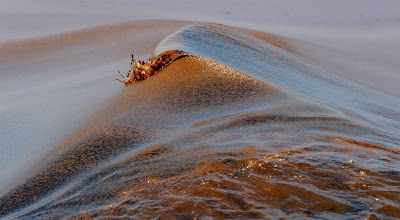 - BP's site plan regarding birds, sea turtles or endangered marine mammals ("no adverse impacts") also have proved far too optimistic.
In Louisiana's Barataria Bay, a dead sea turtle caked in reddish-brown oil lay splayed out with dragonflies buzzing by. More than 200 lifeless turtles and several dolphins also have washed ashore. So have countless fish.
There weren't supposed to be any coastline problems because the site was far offshore. "Due to the distance to shore (48 miles) and the response capabilities that would be implemented, no significant adverse impacts are expected," the site plan says.
But that distance has failed to protect precious resources. And last week, a group of environmental research center scientists released a computer model that suggested oil could ride ocean currents around Florida and up to North Carolina by summer.
- Perhaps the starkest example of BP's planning failures: The company has insisted that the size of the leak doesn't matter because it has been reacting to a worst-case scenario all along.
Yet each step of the way, as the estimated size of the daily leak has grown from 42,000 gallons to 210,000 gallons to perhaps 1.8 million gallons, BP has been forced to scramble - to create potential solutions on the fly, to add more boats, more boom, more skimmers, more workers. And containment domes, top kills, top hats.
But perhaps the most glaring error in BP's plans involves Lutz, the professor, one of several dozen experts recommended as resources to be contacted in the event of a spill.
Lutz is listed as a go-to wildlife specialist at the University of Miami. But Lutz, an eminent sea turtle expert, left Miami almost 20 years ago to chair the marine biology department at Florida Atlantic University in Boca Raton. He died four years before the plan was published." 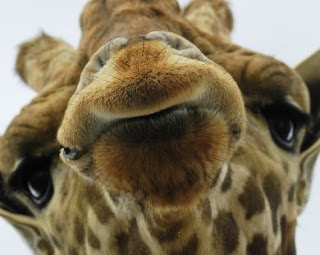 It seems obvious BP's environmental impact statement was cut & pasted from some previous arctic drill project. Worse, the US government approved the plan.
Did they not notice the wrong species of animals listed?
It would be like submitting environmental impact paperwork for an Alaska project, mentioning Giraffes, Elephants & Lions as the species to address. 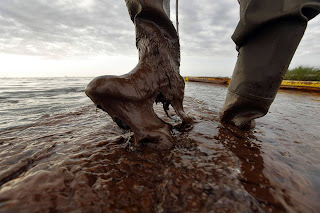 Although the US says they are "keeping a boot on the throat of BP", it's clear that those governmental boots are mired in the oil itself,  that is choking the Gulf Waters, and enmeshed in the profits the oil industry brings.
Lots of Gulf & Nationwide politicians are,  demanding that the Government do more to deal with the disaster, while also insisting there be no moratorium on offshore drilling.


All that profit & gooey oil is making the boot slip off the throat of accountability- not just for BP, bit big oil in general.
They want it both ways- fix the catastrophic spill, while allowing the oil and big money to continue to flow.
This is a golden opportunity for the Obama administration to seriously look at the fatalities of all these dirty industries, and seek true alternative & clean energy. If ever there were a time to launch a full blown solar program, this is it.
If the fossil fuel profiteers were smart, they would be on top of getting the solar conversion industry into full swing.  I want solar panels on the White House, and made a mandatory requirement of all new construction. And seriously, new cars coming off the assembly line in the 21st century should not be getting 12 to 18 miles per gallon. The technology exists to get much better mileage. Make a 25 mpg standard mandatory. Because the industry was not bright enough to catch on, that is one of the reasons Toyota & Honda sell more cars.
Soo much catching up & evolution to do!
Posted by Fran at 9:34 AM

the complete lack of any meaningful BP plan is shameful, but so is the job of the govt agency in charge of reviewing such plans (MMA? I'm not even sure anymore, so many fingers have been pointed). I mean, really, some govt agency reviewed their estimates of walrus impact and thought, wow these guys have covered everything?!? Our tax returns get far more scrutiny. hmmm ...

48 miles is not far enough. 48,000 miles would not be far enough. the ocean girdles the entire earth!

DK~ You have to admit, the shoddy paperwork should have been caught by someone @ Minerals Management. It was bad enough BP submitted this regurgitated paperwork, but nobody in Minerals management caught it?
(Did you like my Giraffe/Alaska analogy?)...

Anyway-- the point is both sides dropped the ball. One would expect Big Oil to try to cut corners, but the regulating entity is really exposed as to what a crappy job it is doing.

Now all we hear is "it's never been done before at this depth".

Although Obama did not chant Drill Baby drill at his primary rallies, he did tout the virtues of safe oil, coal & nuclear power, and it was his administration that approved the Deepwater horizon offshore drilling permit. He himself spoke of how new technologies made offshore oil drilling very safe & clean.

I don't expect Obama to don a hazmat suit & shovel dead oiled wildlife & oil from the beaches of 4 states, I do expect him to lay down a solid moratorium on more of the same & make sure the other 4000 offshore wells in the Gulf-- both deep & shallow are up to snuff.

Apparently oil & money mix just fine.
Even though I voted for the guy, he definitely has both blood & oil on his hands.

We voted for change & the president needs to find the silver lining in this disaster....
make some real changes to the status quo.

**** Oh no re the death of the old computer.
I hope some computer pro can rescue date from it's hard drive.

I did catch the giraffe/Alaska connection! If there ever were any in AK, Sarah ancestor's probably extincted them!

Not drinking anyone's koolaid myself, but I do note O kept saying "safe" ... well now that it's no longer a thought game, we see it's not safe ... time to move heavily into alt energy. I don't get why repubs keep saying green legislation will cost jobs. If anything, it should generate jobs.

(I've tried but failed to recall yer e-addy. trusting computer too much, never memorized. I sent dada ek's addy to send to you if you email him. this is gonna take awhile, bad timing -- is there ever a good time -- recovery of old files should be easy for a pro, I hope)

the entire mineral mgt. service should just be disbanded immediately. what would be the difference? send all the workers down to the gulf to clean up the mess they enabled.

I love your no nonsense approach Nonnie ~
Nonnie for president!