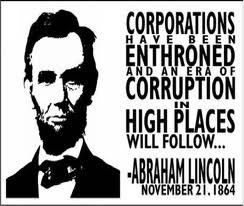 Remember that Supreme Court ruling that Corporations are people & giving corporate money in the elections process was "free speech"?

Fast forward to elections later this year & the new law is hitting the streets, or fan, if you will.
An Oregon congressional race suddenly, almost magically had some serious cash flowing for commercial TV advertising.   $86,000 last week, $79,000 this week - big bucks.

The RG reports:
"When campaigns receive money, federal law requires that they detail who gave it.
The money being spent falls into a new category of contributions- unlimited & possibly anonymous donations by corporations that the U.S. Supreme Court ruled are permissible.
The court ruled that in campaign spending, money is the equivalent of free speech & corporations can spend as much as they want on any campaign, as long as they don't coordinate with the campaign itself. PACs, or political action committees, must report donations, but "non-profit organizations" are not required to report.

Having third party ads whose funding sources are hidden is unprecedented in U.S. history.
The Supreme Court decision also overturned a portion of a recent election law that required ads to indicate who had paid for them.

Then the truth starts to see the light of day....
Republican Congressional candidate Art Robinson is getting out of state funding from a network of people interested in his efforts to disprove the notion that climate change is caused by humans, and his development of educational materials for families who home-school their children.

The Concerned Taxpayers of America are behind the secret donations, with offices in Princeton N.J. & Washington D.C. the group has not disclosed where the money originated from. "
Turns out Art Robinson, in these "paid for by the Concerned Taxpayers of America" ads, favors stimulating private business. That's doublespeak for "he will allow for the rape of the last remaining stands of old growth forests." Any candidate who wants to debunk the "notion of climate change" is a disaster in the making. Too bad he's not in L.A. in the 113 temps, the hottest ever recorded in over 100 years. Or in Bolivia- experiencing such a horrific drought, they have had 47,000 fires . Or the "snowpocalypse" record snowfall in the NE last winter. 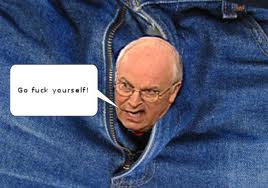 The damned Supreme court uncorked a nasty venom & slippery slope. What they did was destroy any semblance of a level playing field. For one,  big money domestic or foreign, under the cloak of anonymous protection, can donate endless amounts of money.
Also research shows these independent ads are historically all negative. So beware of ads that don't have that annoying "I'm  (candidate name here), & I approve this message."

Not only do they not have to disclose the source, but individual donors (actual people) are limited to specific maximum  amounts, as well as having to disclose their identity.

even without the corporate secret donations, what's left of democracy when candidates can buy their way into primaries and elected office, only because they're rich enough to do so?

It's pretty darned bleak.
Wish we could scrap the whole system & start over again.