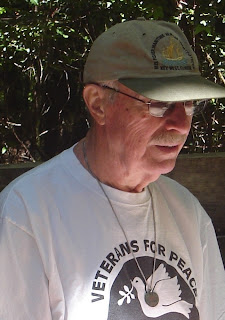 This last week, we had a memorial for Grandpa Mac. Even though we know he is in a better place, we deeply feel the sting of his loss. He really was more like a Father to me, as my Dad died when I was 17.
The Memorial shed light on the things Grandpa did in his life....
Student non-violent coordinating committee.  SNCC (pronounced Snick)....
On February 1, 1960, a group of black college students from North Carolina A&T University refused to leave a Woolworth's lunch counter in Greensboro, North Carolina where they had been denied service. This sparked a wave of other sit-ins in college towns across the South. The Student Nonviolent Coordinating Committee, or SNCC (pronounced "snick"), was created on the campus of Shaw University in Raleigh two months later to coordinate these sit-ins, support their leaders, and publicize their activities.
Over the next decade, civil rights activism moved beyond lunch counter sit-ins. In this violently changing political climate, SNCC struggled to define its purpose as it fought white oppression. Out of SNCC came some of today's black leaders, such as former Washington, D.C. mayor Marion Barry, Congressman John Lewis and NAACP chairman Julian Bond. Together with hundreds of other students, they left a lasting impact on American history.
This site covers the Student Nonviolent Coordinating Committee from its birth in 1960 to 1966, when John Lewis was replaced by Stokely Carmichael as chairman. This event marks a decided change in philosophy for SNCC, and one that warrants an equal amount of attention. However, we have focused on the first six years of the movement, in order to adequately explore such events as sit-ins, the Freedom Rides and Freedom Summer.
We found a picture of Grandpa holding a sign in Mississippi
"What could happen to YOU in Mississippi?"
He was there in the hotbed of it all when Goodman, Chaney & Schwerner (Freedom riders who were SNCC members promoting black people to register to vote) were murdered, and the local police were searching the woods, looking for their missing bodies.
Just after that was the march from Selma to Montgomery.
Grandpa was in the thick of it.
He donated his correspondences with MLK jr & other prominent Civil Rights leaders to the
African American Museum, so others could enjoy them as well.


Many people from Wilberforce University came to speak & pay their respects, as he was a chaplain, professor & Head of the Humanities Dept.


Figures Grandpa was involved in that University-- check out the history-


Given migration patterns, this was also an area where numerous free blacks settled, many having migrated across the Ohio River from the South for better living conditions. Xenia had quite a large free black population, as did other towns in southwestern Ohio, such as Chillicothe, Yellow Springs and Zanesville. The towns had houses which were stations on the Underground Railroad in the years before the war, and Wilberforce College also supported freedom-seeking slaves.


The brush stroke that completes the picture of Wilberforce University is its mandatory Cooperative Education Program. Wilberforce bears the distinction of being only one of two four-year institutions in the country to require internships as a requirement for graduation. Cooperative Education has been the heartbeat of academics at Wilberforce. The program has seen many others attempt to duplicate its success story, but to date no other has been able.


But he also went on to champion disable access rights, gay rights, the right to choose, and so many programs of helpful, social uplift.


It was great to hear from then students, or young faculty talking about how Grandpa was such a cutting edge person in this regard. That he was not just some preacher who prattled on @ the pulpit, but got out there & was a mover & a shaker.
He also helped set up full service prep for SNCC work, making sure students had legal assistance & counseling, and the full support network needed to forge ahead w Civil (dis)obedience, to achieve civil rights.


The Memorial closed with a candle light vigil, stating Mac illuminated our lives, and an invitation for us to keep the flame brightly burning. 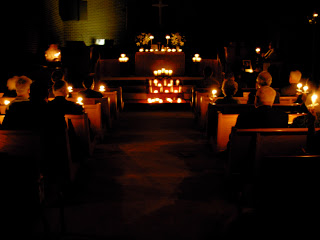 grandpa was a very special man who touched many lives and made them better. may he rest in peace. he's earned it.

Huge loss. One of a kind. Miss him already.