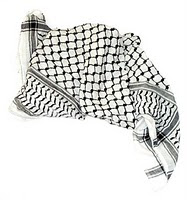 Palestinian President Mahmoud Abbas said Friday that Israeli settlements block the way to a two-state solution, during his address to the UN General Assembly.


"My people desire to exercise their right to enjoy a normal life like the rest of humanity," Abbas said.
"We aspire for and seek a greater and more effective role for the United Nations in working to achieve a just and comprehensive peace in our region that ensures the inalienable, legitimate national rights of the Palestinian people," said Abbas, who was greeted with a long round of applause as he took the rostrum.


"I do not believe that anyone with a shred of conscience can reject our application for a full membership in the United Nations and our admission as an independent state," Abbas told the U.N. General Assembly, which gave him a standing ovation.


Apparently, the U.S. lacks that shred of consciousness


Nobel Peace Prize recipient Obama said:
"Peace will not come through statements and resolutions at the U.N.," President Barack Obama said in a speech to delegates at the General Assembly on Thursday. "If it were that easy, it would have been accomplished by now."


Maybe he should give back his peace prize? Coming to the international organization asking to be fully recognized as a state is a peaceful gesture, and the avenue in which to have the worldwide discussion. Does President Obama think the old method of violence & strife is the preferred method?


Voice of America:
Hundreds of Palestinians protested Mr. Obama's speech in the West Bank towns of Ramallah and Nablus on Thursday, holding anti-Obama signs and accusing him of being biased toward Israel.But in a show of support for the Palestinians, Turkish Prime Minister Recep Tayyip Erdogan called for international pressure on Israel to make peace with the Palestinians.  Erdogan said Israeli leaders "must see that real security is only possible by building real peace." He said Israel has continually flouted U.N. authority."


The N.Y. Times reports:
"The Security Council will likely take up the issue in earnest next week, diplomats said, when the question becomes whether the United States and its allies can stall it. Washington is also working to prevent the Palestinians from gathering the nine votes needed for it to pass in the full council and thus avoid further wrecking the image of the United States in the Middle East by casting yet another veto against something Arabs want.
The final vote is not expected to take place for more than a month.
Among the 15 members, some are expected to stay solidly in the Palestinian camp including Russia, China, Lebanon, South Africa, India and Brazil. The United States is a solid vote against, and the five European members—Britain, France, Bosnia and Herzegovina, Portugal and Germany—are all question marks. The positions of Colombia, Nigeria and Gabon are also not entirely clear.
The African Union supports membership, but it is not entirely clear if Gabon and Nigeria will go along. President Goodluck Jonathan of Nigeria did not mention the issue in his speech to the General Assembly, unlike many leaders from the developing world who support Palestine, and the statement by President Ali Bongo Ondimba of Gabon, was somewhat enigmatic. He said he hoped to soon see a Palestinian state, but noted that both the Palestinians and the people of Israel are friends of Gabon.
In Europe, Germany tends to lean against, its relations with Israel always overshadowed by the legacy of World War II. France leans the other way, while Britain sits on the fence. Portugal and Bosnia have been close to the Palestinians and the Arab world in the past, but their support is not assured this time around.
But after every war, the United Nations resolutions and indeed the peace treaties with other Arab states have all reaffirmed the resolutions that outline the two-state compromise, starting with General Assembly resolution 181 in 1947. In the annex of their membership application submitted to Mr. Ban today, the Palestinians listed every United Nations resolution that envisioned a two-state solution that has not been implemented, they said."


64 years later, the two-state compromise is not yet resolved.