This seems to be a trend w mega corporations these days- sublet out portions of the work of mfg. or the warehouse. Demand low pricing of them, but wash their hands of any shady or otherwise illegal practices: 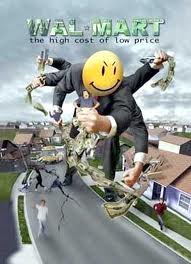 WALMART SUBLETS THEIR MAJOR WAREHOUSE/SHIPPING TO A COMPANY IN LA. THE COMPANY HIRES "TEMPS", WHO REMAIN TEMPS FOREVER. THE TEMPS GET PAID PIECEWORK, RATHER THAN HOURLY WAGES, TRACKING THAT INFO BECOMES DIFFICULT, AND ERRORS ERR ON THE SIDE OF THE EMPLOYER. EMPLOYEES MAY HAV DOEN TIME WHERE THEY ARE REQUIRED TO REMAIN ON THE PREMISES, BUT FOR NO PAY.

• The workers, who are classified as temporary workers, receive low wages, which their suits says are sometimes below the minimum wage, no health insurance, no holidays, and no vacations.

•  If there is no truck to be loaded or unloaded, they must stay at work but don’t get paid. Sometimes, they are at work for as long as 16 hours.

• During the summer, it’s not unusual for temperatures to rise above 100 degrees inside the warehouse.

• Some of the workers in September filed a federal lawsuit charging Schneider and its staffing company Rogers Premier Warehousing with failure to pay workers the minimum wage and overtime.


They also filed complaints with the California labor commission, which resulted in Rogers being fined $600,000 for among other things not providing their workers with sufficient information on their wage statements so that the workers could calculate whether they received all the wages that they were due.
• Workers charged a Walmart subcontractor with firing them for trying to recover stolen wages and for cooperating with a state investigation of wage theft and unsafe working conditions at the distribution center.

Reyes is one of about 70 workers at the distribution center who recently were told that they would lose their jobs at the end of February. “We’ve been fighting to keep our jobs,” said Eric Reyes, who works at a Walmart distribution center operated by Schneider Logistics in Mira Loma, California. 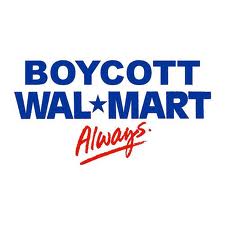 •.Lawyers for the workers who filed the wage theft suit will ask the judge to order the warehouse operator to stop the planned job terminations.

• In a related matter, Warehouse Workers United sent a second letter of complaint to Walmart CEO Mike Dunn informing him of the mistreatment of workers by Walmart subcontractors and urging Walmart “to adopt a Responsible Contractor Policy to ensure that its contractors live up to the letter and the spirit of Walmart’s Statement of Ethics.”


When she began as a cashier in 1988, Goebel saw Walmart as the small town’s most attractive workplace, one that she associated with the market-inspired humanitarianism of its founder, Sam Walton. More recently, Goebel’s satisfaction with her job has soured. In 2005 her daughter, a young mother who was a cashier at the same store, went to the doctor with troubling symptoms. The doctor diagnosed ovarian cysts and insisted she get a hysterectomy. In the fall of 2006, she approached Goebel and said she had ovarian cancer. “I asked her, ‘Why did you not have the hysterectomy when they first suggested it to you?’” Goebel recalls. “And she looked directly at me and said, ‘I was afraid if I took the time off they’d fire me.’” Goebel’s daughter died in 2007 at 37.
“I don’t hold Walmart culpable for my daughter having cancer,” says Goebel. “But she was living in this horrible fear of losing her job, and had she gone and gotten the surgery when the doctor suggested, it would have bought her years more with her kids.”
While coping with the consequences of Walmart’s well-documented practice of firing employees with medical issues, Goebel also began to notice that her manager was slashing wages while increasingly demanding that the workers perform task volumes she calls “not humanly possible.


WALMART HAS SUNK TOO LOW, AND APPLE HAS NO "i Excuse" FOR SUCH BEHAVIOR.
SETING UP NETS TO CATCH SUIIDE JUMPERS, GROSS LABOR VIOLATIONS SHOULD NOT BE A PART OF WHAT SUCCESSFUL COMPANIES DO.
APPLE COMPUTER GOT AN HONORABLE MENTION IN OBAMA'S SOTU ADDRESS:
"It means we should support everyone who's willing to work and every risk-taker and entrepreneur who aspires to become the next Steve Jobs.

After all, innovation is what America has always been about."

WALMART'S INFRACTION HAPPENS ON US SOIL, SO MAYBE THERE IS HOPE THAT THE SUB CONTRACTOR WILL HAVE TO MAKE RIGHT, AND WORKERS TELLING THE TRUTH WILL NOT LOSE THEIR JOBS. BUT SWEATSHOPS IN FOREIGN COUNTRIES? THE ONLY SOLUTION I CAN SEE IS AN "i Boycott" of buyers refusing to buy the products. Putting up nets to catch jumpers, and awking employees to sign a pledge that they will not commit suicide does not cut it.

In school I learned about aristocracies, democracies, oligarchies...but now I feel like I'm living in a corporatacracy. What you say makes perfect sense in a regular world. In a corporatacracy, the ultimate value is profit.

THEY ARE REALLY ABLE TO SKIRT THE LAW BY SUBLETTING OR OUTSOURCING. THEY JUST DEMAND THE LOWEST BIDDER KEEP IT LOW, THEN LOOK AWAY.


Apple’s profit of $13.1 billion was equal to their revenue in Q4 2010, as Jordan Golson notes. To be clear, that was just a year and a quarter ago. That’s how quickly Apple is growing.

Apple added $38 billion in cash to its reserves just in the past year alone, as Horace Dediu points out. They now have $97.6 billion in cash and equivalents. $64 billion of that is offshore, Apple CFO Peter Oppenheimer stated during the call — meaning, it would cost money (taxes) to bring it back into the U.S.

Apple’s cash hoard alone is worth more than all but 52 companies on Earth, as Dennis Berman notes.


Apple’s revenues, while massive, are nothing compared to a company like Walmart, which reported $109.5 billion in revenue last quarter. BUT that $109.5 billion only turned into $3.3 billion of actual income for the quarter. In other words, Walmart has more than double the revenues of Apple, but Apple has more than four times the profits of Walmart. That’s remarkable.

IN ANY CASE, THERE ARE A WHOLE LOT OF BILLIONS BEING MADE IN PROFIT.

Thanks for adding a such a nice and informative article.

What a mess. Apple seemed to be such an alternative company... then we learn that hard old lesson once again... when you're that wealthy, it's at somebody else's expense.

I know Lulu, I wish the throngs of "i" users would stage a boycott to demand better treatment of workers.

yet it's hard to know.

to date "better" means nets installed to catch the suicide jumpers, a counseling office, and a pledge to sign saying they won't kill themselves.