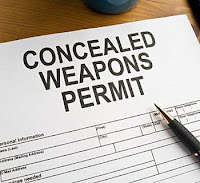 Gawker reports:
"A Nevada movie theater patron sustained a buttock injury last night when the handgun he was carrying in his pocket accidentally went off after falling to the floor.
The incident occurred last night during a screening of The Bourne Legacy at a Century 14 theater in downtown Sparks. No other injuries were reported, and no panic ensued.
"Witnesses inside the theater at the time the shot was fired stated that a (man) was adjusting himself in his seat when a gun he had on him discharged," Sgt. Pay Dyer said in a statement released to the press.
The 56-year-old, who has a permit to carry a concealed weapon, proceeded to apologize to other moviegoers in his immediate vicinity and exit the theater. Police tracked him down to a Reno hospital; his injury was not considered life-threatening.
Police say they will hand off the case to the Sparks City Attorney's Office, which may decide to bring charges against the man."
With all the insane gun madness going on in this country (seriously are you able to keep track of even the last few weeks? The movie theater massacre, a Texas eviction shootout,  A Virginia man
opened fire on some D.C. conservative policy organization, openly discriminatory anti gay, anti abortion place.  Things are so bad here in the U.S.  some idiot shoots his own ass in a movie theater, are we ready to admit we have a gun problem?

No, maybe we see future movie theater instructions to please turn off your cell phones, use the cup holders, and that the ammo clip out of your gun.
It looks like it will just be a matter of time before we will be seeing movie theaters advertising that they prescreen movie goers with airport style metal detectors. Will we have Homeland security, doing pat downs  @ elementary schools, College campuses, malls &  theaters?
Land of the free...

odd that this happened in NV which (like CA) has tough concealed carry laws ... unlike UT where all you have to do is sign an "x" on the dotted line.