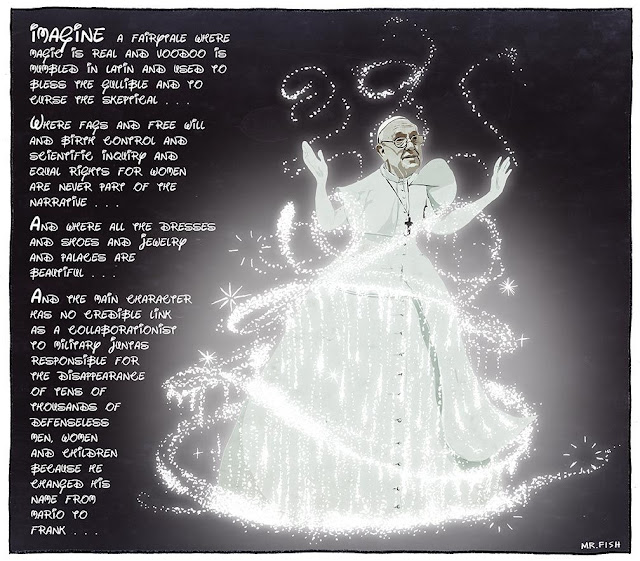 Any religion is allowed to have figure heads, but I've always reacted negatively to this "kiss my ring" Papal gig. Funny, the new Pope is refusing to be transported in a bubble (aka the pope mobile bullet proof shield), and is a security nightmare, because he keeps mingling w crowds of people.
It is refreshing to hear him say- help the poor, after so much of the message has been collect all the $ you can.
But the core elements... the male dominated high holy appointments, which discriminates against women... it's a big deal to have a non-European based Pope.. when there is little to no hope a woman would ever get that job, and the judgement/mandates against birth control, divorce, and sexual orientation still plague the catholic church "leadership".
What can I say, other than that this cartoon fairy tale pretty much covers it.

One question though-- the media was flooded with all things Pope.... does any other religion get this kind of saturated media coverage???