Guess who's about to get disbarred?

This may be my favorite part of the "Guess who's coming to dinner" movie...
Kate's employee is freaking out that her employer's daughter has announced she's in love, & it's to be an interracial marriage.
That was circa 1967.....
But this week, New Orleans, Louisiana Judge Keith Bardwell, justice of the peace for Tangipahoa Parish's 8th Ward, refused to issue a marriage license to Beth Humphrey, 30, and her boyfriend, Terence McKay, 32, both of Hammond.
42 years later.... this judge has not evolved at all.
Worse-- the reasoning he gave...." he was concerned for the children who might be born of the relationship and that, in his experience, most interracial marriages don't last.".
Newsflash for the judge: Who is president right now?
Uh huh.... a biracial man, with parents whose marriage did not last. 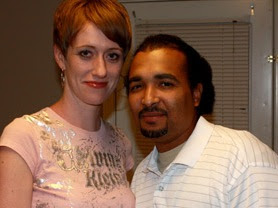 She said the couple, who received their marriage license October 9 from another justice of the peace in the same parish, have reached out to an attorney to determine their next step.

"We would like him to resign," she said. "He doesn't believe he's being racist, but it is racist."

Wedding Bells & potential litigation......
Judge Bardwell is past his racist pull date.
Get the hook!
It's all about the love 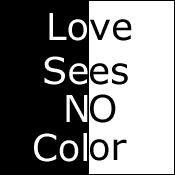 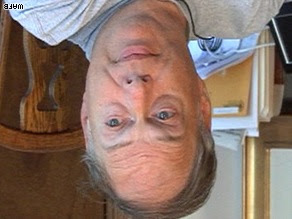 Justice of the Peace Bardwell- his thinking is a little upside down.
Posted by Fran at 12:01 AM

You would have to give me the hook too...

Some time ago, OH let's say around the time the tower of Babel fell... Your Lord and Saviour segregated the races... And we don't have the authority to override that decision... Bravo to Justice Bardwell who has enough moxie to stand up for what's right, not for what feels good... You can call it racist if you want, but then you'd have to call GOD a racist.. When are you kids gonna learn...

There's a special place in hell for self-righteous bible-thumpers like you who twist religion to suit your fucked up views. That so-called public servant can join you.

Haha @ Anonymous mixing up myths with history. If you're not a troll, then you've probably never read a proper history book in your life. The 18th century called, they want you back!

A World Quite Mad said...

Anonymous are all the same, idiot trolls.

Moxie? Oh, so that's what they're calling being a racist dipshit nowadays.

Psst, the Tower of Babel story had *nothing* to do with race. At all. Not even a little. It was a fable to explain why people spoke different languages. Re-read Genesis 11 and explain to me where it says anything at all about skin color or separation. If it makes you happy, the KJV will do just fine. At any rate, I'll bet my last dollar, you've never read it.

The problem was, the Biblical writers didn't understand anything about DNA, something you obviously don't understand either. It is why you can procreate with someone of another race from the other side of the world, because our DNA has very little variation. That is because we are all related to one another. Even you believe that, if you are so inclined to take the story in Genesis literally. (Have you even read it?) Skin color is a recent adaptation, dating probably to the time of the last ice age.

Oh, and I can call the "god" you worship, and I use that term loosely, a lot more than a racist. I can add to that homicidal, genocidal, rape supporting, jerk who has the temperament and intelligence of a spoiled five year old.

This Justice of the Peace needs to step down, because he has violated people's Constitutional rights.

"Do you think that in heaven God has a section for the whites, and for the blacks, and for the Indians, and for the Hispanics? Of course not, we are all His children, and He wants us to love one another." --my grandmother, may the goddess rest her soul, who was raised a southern Baptist in the deep south, and yet had the sense to see the truth.

Anon: I don't have a lot of respect for someone who can't even sign their name to a post, but if you want to get biblical--How about
• Love One Another
• Judge not, least YOU be judged.

Maybe the silver lining is this oaf will never be able to inflict his prejudice on anyone else again as a judge.

Jack ~ I thought judges wear BLACK robes.... I'm guessing he wears a WHITE robe that has a matching hat (KKK).

Hermes: Yes! Back in the 20th century.....
Loving v. Virginia, (1967) was a landmark civil rights case in which the United States Supreme Court, by a 9-0 vote, declared Virginia's anti-miscegenation statute, the "Racial Integrity Act of 1924", unconstitutional, thereby overturning Pace v. Alabama (1883) and ending all race-based legal restrictions on marriage in the United States.

Oooops! The judge is a little rusty on his knowledge of the law!

I can't imagine a "White Only" drinking fountain & lunch counter in heaven!

well it is nice to know that racism and idiocy is alive and well in america and hiding in judge's chamber and anonymous' posts.