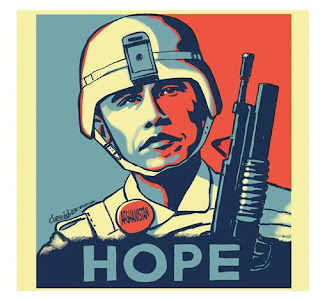 Later.
That is when progress will be made, when action will be taken.

We'll end the war in 2014.
Or so says our Nobel Peace Prize winning president.

"On 22 June 2011, President Obama announced that 10,000 U.S. troops would be withdrawn by the end of 2011. An additional 23,000 troops will leave the country by the summer of 2012. After the withdrawal of 10,000 U.S. troops, 80,000 are left participating in the war. The War in Afghanistan is the United States' longest running major war longer than either the Iraq War or the Vietnam War (1964–1973), provided one considers the start of the Vietnam War the Gulf of Tonkin Resolution in 1964, and its end 27 January 1973 as the day when the Paris Peace accords were signed.
In April 2012 an agreement between Afghanistan and the United States of America was reached which places night raids under Afghan control and increases the chances that the US and Afghanistan will strike a strategic partnership that would keep American troops in Afghanistan beyond 2014.
The United States and its NATO allies finalized agreements on 18 April 2012 to wind down the war in Afghanistan by formalizing three commitments: to gradually move the Afghans into a lead combat role; to keep some international troops in Afghanistan beyond 2014, and to pay billions of dollars a year to help support the Afghan security forces. 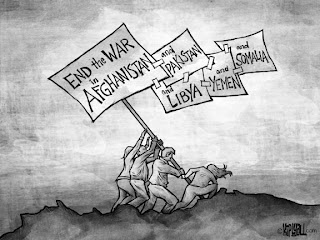 Ask me if I am sick to the gills of extended wars.
You betcha!
Because where I live, they can't fund a Medical Examiner.
The jail does not have enough money to keep criminals behind bars.
They are trying to auction off the Animal Shelter to the highest bidder.
Six schools shut down.
I sound like a broken record, but connect the dots people!
We don't have money for essential services because we are spending billions on wars.

The United States has been at war in Afghanistan for 3,860 days. Troops arrived on Oct. 7, 2001, less than a month after the terrorist attacks of Sept. 11.
In the eleven years that American troops have been fighting in Afghanistan 1,834 have been killed. The most deadly year to date was 2010, when 492 Americans died.
During the first four months of 2012, 87 members of the U.S. military have lost their lives in Afghanistan. A total of 367 Americans have died in the war-torn country in the year since Osama bin Laden was killed.
Nearly 16,000 U.S. troops have been wounded in action since the Afghanistan war began in 2001.
From the time Osama bin Laden was killed one year ago through the end of March 2012, 4,341 members of the American military have been wounded.
There are currently 88,000 U.S. troops stationed in Afghanistan. That's down from the peak troop level of about 100,000 who were stationed there in March of 2011. Troop strength is expected to shrink to 68,000 by the end of September and by the end of 2014, most U.S. troops are expect to be out of the country.
About 40,000 additional troops from America's allies, such as Britain, are also stationed in Afghanistan.
According to the United Nations, nearly 12,000 Afghan citizens have been killed between 2007 -- when the UN began reporting such statistics -- and 2011.
The war in Afghanistan has cost the United States $443 billion from 2001 through 2011, according to the Congressional Research Office.
According to a Pew Trusts report, the wars in Iraq and Afghanistan have contributed more to growth in U.S. debt than any other policy since 2001 except the Bush tax cuts and in the increased interest from legislative changes. 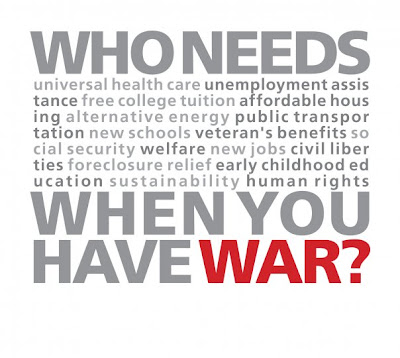 Come on down and defend our drone-worshiping, Bush-lite DINO president and his pitiful reneging on 2008 campaign promises to end the war insanity that is destroying the USA.

I'm not at all happy about the pushed back withdrawl date. Shutting it down in 2008 would have been my choice.
Afghanistan has a history of being Empire destroyers. The lay of the land & it's rugged mountain terrain allows the locals to see & know all movement of troops. Plus all the horrific things troops have done there shows the degradation of long term effects- PTSD & combat burn out.

Honestly, I think Obama should return the Nobel Peace Prize. To think he is honored amongst the ranks of ML King jr, Gandhi, and Mother Teresa?

And the alternative to Obama is.... Romney.
Choose one: bad or worse.
Nobody for president!

Dear Leader is full of shit.

It's total Orwellian-speak to say staying in Afghanistan is really leaving Afghanistan.

Maybe this is why the stadiums are just half full this spring? At some level, Americans know he's a liar?