Not only is it a fishy story, JP Morgan Chase losing $2 billion, but it is a big fish eating all the little fish story.
A little Wiki history:
JPMorgan Chase is one of the Big Four banks of the United States with Bank of America, Citigroup and Wells Fargo. According to Bloomberg, as of October 2011 JPMorgan Chase surpassed Bank of America as the largest U.S. bank by assets. (Too big!).
Hedge funds, investment banking, treasury & securities, credit cards, and 2 trillion in assets. 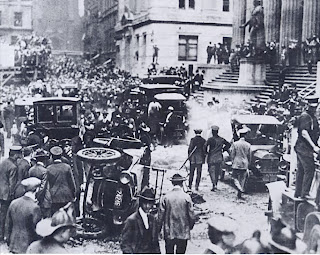 Although they did not call themselves the "Occupy" movement back in the day, there were still angry citizens who blamed the banksters for being thieves.

The following list shows the years of history of how JP
Morgan Chase became the "big fish" of the banking world. 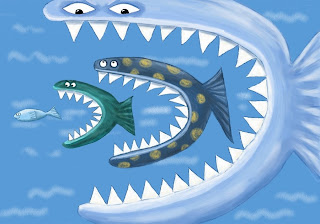 In April 2006, JPMorgan Chase announced it would swap its corporate trust unit for The Bank of New York Co.'s retail and small business banking network. The swap valued The Bank of New York business at $3.1 billion and JPMorgan's trust unit at $2.8 billion and gave Chase access to 338 additional branches and 700,000 new customers in New York, New Jersey, and Indiana.
So you can see how a company this big, dealing in trillions, thinks a loss of $2 billion is not a big deal.

When I say they tower over the banking world, I mean it quite literally.

*FOOTNOTE: I am not proposing violence, just noted that historically, people have shown various degrees of discontent with banking institutions. 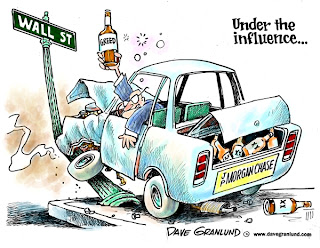 Also~ The Wall Street Journal said the $2 billion dollar loss may just be the tip of the iceberg.
"The nation's largest bank has said publicly that its losses on the trades have surpassed $2 billion, and people familiar with the matter have said they could over time reach $5 billion.
The company is holding derivative wagers with a face value of roughly $100 billion in a derivative index tracking the health of corporate debt, according to a person familiar with the bank's trading.
J.P. Morgan's situation is complicated by the fact that it controls a big percentage of the outstanding trades on the index. According to data from IntercontinentalExchange Inc., which operates a clearinghouse for credit derivatives, positions on the index amount to about $785 billion. That figure doesn't reflect all trading activity in the index because many derivative trades aren't put through a clearinghouse. 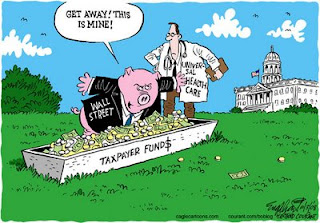 The CEO, Dimon (or is that demon?) sez:
The bank has said that "this strategy was poorly designed and executed, and we caught the mistake late. We'll say it again—it was sloppy, stupid and shouldn't have happened."


My comment: $2 billion dollars worth of stupid- that's a whole lot of stupid-- but wait! There's more!


The Office of the Comptroller of the Currency, which oversees the J.P. Morgan unit that made the trades, says it has roughly 70 people monitoring the bank's trading activities. But the outsize bet failed to raise alarms at the regulator as of late April, just weeks before the firm revealed its $2 billion trading loss. 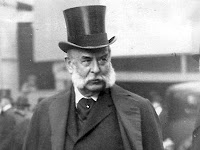 Look for JP Morgan to say ooops! much more than $2 billion loss.