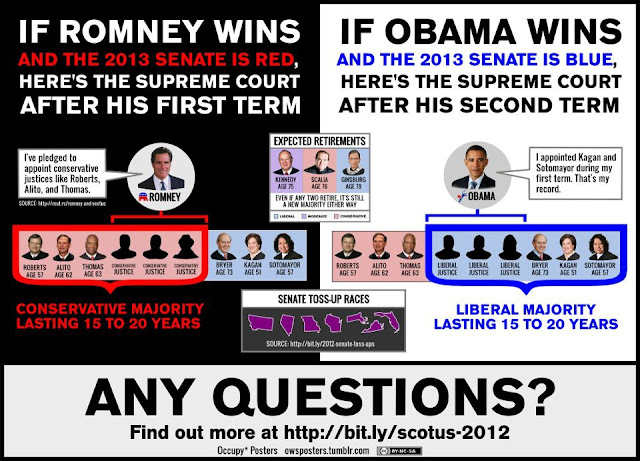 This chart pretty much lays it out. We have three justices probably close to retiring...
Kennedy age 76
Scalia age 76
Ginsberg age 79

It is very likely the next president will be doing some appointing of justices to the Supreme Court.
What difference does it make, you might ask?

They decided against the Women of Wal Mart who claimed workplace discrimination, because it was a variety of discriminatory acts (involving lessor pay, lack of promotions etc)... the court said it would not allow a class action lawsuit.

Another strong case to vote against those who would do most (long term) harm.