WHO FLU THE COOP 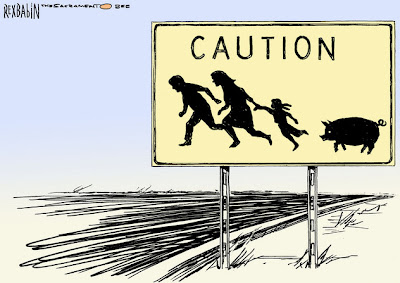 I've been doing a weekly update re the Swine flu, or H1N1 for those wanting to protect the Pork industry (but scientifically, they really did track it back to actual Swine).
This week 3371 new cases were officially confirmed.
52 people died.
New US totals~ 40,617 cases, 263 deaths.
I was quite miffed when the CDC decided to go to a weekly update, but now it has become even worse.
I think your jaw might drop too- when you hear the reasoning behind the latest decision.
This may be the very definition of backwards thinking.... or just flat out stupidity.
MSNBC Reports:
" Worldwide cases of the new H1N1 swine flu virus are spreading so fast that overwhelmed global health officials have stopped counting and officials with the U.S Centers for Disease Control and Prevention say they'll soon follow suit.
WHO (World Health Organization) had reported nearly 95,000 cases including 429 deaths worldwide. But the numbers are outdated, with Britain estimating it had 55,000 new cases last week alone."
Yes- Health Officials are going to STOP counting/tracking the deadly disease because it's spreading too fast.
From the WHO website:

" The 2009 influenza pandemic has spread internationally with unprecedented speed. In past pandemics, influenza viruses have needed more than six months to spread as widely as the new H1N1 virus has spread in less than six weeks.

The increasing number of cases in many countries with sustained community transmission is making it extremely difficult, if not impossible, for countries to try and confirm them through laboratory testing. Moreover, the counting of individual cases is now no longer essential in such countries for monitoring either the level or nature of the risk posed by the pandemic virus or to guide implementation of the most appropriate response measures."

Is it just me, or does it seem that the major medical bureaus are both dropping the ball & throwing in the towel?

Personally, if there is a spike in local fatalities due to this disease, I really do want to know about it. 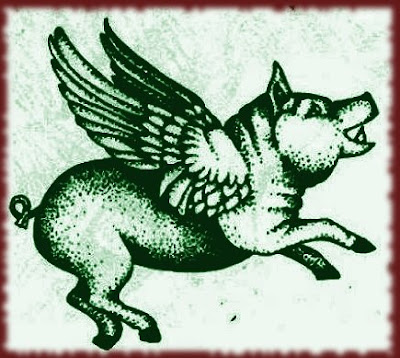 It sounds like they are gearing up for the fall, when they expect classrooms full of kids will be passing around germs and regular flu season.

The thing that floors me is that the WHO declared this a Level 6 Pandemic.

According to their own Pandemic flow chart.... they are supposed to

CONTINUE PROVIDING UPDATES TO GENERAL PUBLIC & ALL STAKEHOLDERS ON THE STATE OF PANDEMIC AND MEASURES TO MITIGATE RISK.

The WHO is not going with their own FLOW & flew the coop on Swine Flu.

Thanks to Beryl for the heads up on this article.
Jeez! They are not going to report numbers because there are too many cases?

It's not only too many cases, but the FATALITIES that are of concern.

This just seems like a red flag that they are woefully unprepared to handle the testing & reporting.

They need either more testing sites, supplies or at least do "probable case" reporting.

I KNOW the vaccine people are scrambling to have something ready in time for flu season, but the branches that report & track the disease should continue to do their job. If they are NOT monitoring the spread, then what ARE they doing???

When the Center for Disease Control, and the World Health Organizations decide to quit tracking disease at a level 6 pandemic, we are screwed when it comes to getting updates and having basic knowledge of the progress & trends of a deadly disease.

DCap~ Not enough to go around, or too late to be effective. Yikes!

While we had 2 solid weeks of Michael Jackson death media blitz, 92 US non celebrity citizens died of swine flu.

the media certainly doesn't seem to care to report much flu update. here's a fact that WAS reported on one of the cable news stations: no one who lived through the "spanish" flu pandemic of 1918 has contracted or died from this round of swine flu. hey, good to know, if you're over 90-yrs old, you're safe!

BTW that 1918 pandemic was also swine flu, and is also suspected to have had an avian component (which gave it that extra boost of deadliness). 50million people died worldwide (incl my grandpa's first wife). WWI was declared over because too many soldiers died from that flu to keep the fight up.

Then we don't hear anything more about swine flu until Jerry Ford got a flu shot in the 70's. Nothing about Avian until a few yrs ago. Now swine & avaian are combining again (H1N1).

CDC better be working on a ton of vaccines cuz this will be the first year I'm even concerned enough to want a vaccine and I'm sure I'm not the only one!!!

Yea well what you don't know CAN hurt you in this case.

I just learned that a friend's daughter who is a school teacher in England has the swine flu. It seems that the treatment is in very short supply.

Yikes Lisa..... scary stuff.
I'm not liking this reporting slacking stuff.
The US CDC AND the WHO not keeping track???
That IS their function.. or it was anyway.

Hope the friends daughter is on the mend.