No audio on this one, just a shot of the containment cap-- the one BP took days to put on in a precision way, ever so carefully on the broken blowout preventer.

Now it is bouncing. Due to rough seas they say... in any case it can't be good.
And neither is the fact they are dumping huge amounts of Corexit chemical dispersant. 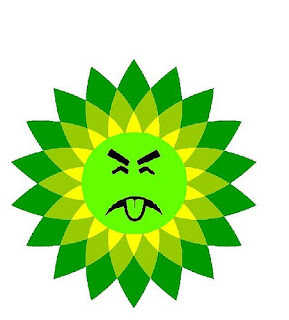 When the May 26 directive was issued, EPA Administrator Lisa Jackson said dispersant use should be cut by 75 percent.
Before May 26, BP used 25,689 gallons a day of the chemical dispersant Corexit. Since then, CNN's analysis shows, the daily average of dispersant use has dropped to 23,250 gallons a day, a 9 percent decline.
Gulf Coast environmentalists say it's another sign that the federal agencies monitoring dispersant use are not being tough enough with BP.
"I think the EPA has been struggling to respond to this crisis," said Aaron Viles with the Gulf Restoration Network. "It's all really a giant science experiment and we're terribly concerned that in the long run the impacts are going to be significant and we really don't know what we're doing to the ecosystem."
But the EPA argues it deserves credit for getting alarming dispersant use under control. The directive states that BP must ramp down dispersant use by "75 percent from the maximum daily amount used."
And that's the catch. The highest recorded amount of dispersant used occurred on May 23, when 70,000 gallons were injected into the Gulf of Mexico. EPA officials say they feared that number would have become the norm and that's why, they say, the directive was issued.
But even by the EPA's own standards, BP still routinely exceeds the daily threshold. The EPA and Coast Guard say they're trying to keep dispersant use to around 18,000 gallons a day.
BP has gone over that amount 50 percent of the time since the May 26 directive was issued. To do so, BP must request permission from the U.S. Coast Guard.
The EPA continues testing the chemical dispersant Corexit 9500, which has been used by BP since the beginning of the oil disaster. So far more than 1.6 million gallons of the chemical have been injected into the Gulf of Mexico.
But the struggle over daily dispersant use has caught the eye of Rep. Ed Markey, D-Massachusetts, one of the loudest critics of BP's response in cleaning up the oil spill.
"I think it is obvious we can never again allow for a repetition of what is happening right now, where the science experiment is being conducted without having any idea what the impact on marine life long term will be," said Markey.
DID YOU CATCH THAT???
BP WAS PUTTING 25.689 GALLONS OF CHEMICAL DISPERSANT PER DAY & THE EPA ORDERED BP TO CUT DOWN THE PERCENTAGE.
SO FOR ONE DAY, THEY UPPED THE QUANTITY TO 70,000 (THAT'S PLUS 44,311 GALLONS) SO THE "REDUCTION" WOULD SIMPLY BE A MATTER OF MANIPULATING THE NUMBERS.
23,250 IS NOW THE "DRAMATICALLY REDUCED" NUMBER, AND THIS HAS BEEN GOING ON SINCE MAY 26.
THE TOXIC CHEMICAL DISPERSANT IS NOT BEING USED PER LABELING- THAT IS ABOVE WATER - IT IS BEING PUMPED INTO THE GUSHING OIL AT THE BROKEN WELL HEAD.
I WOULD EXPECT BP TO PULL THIS KIND OF STUNT, BUT I ALSO EXPECT THE EPA TO NOT LET THEM. 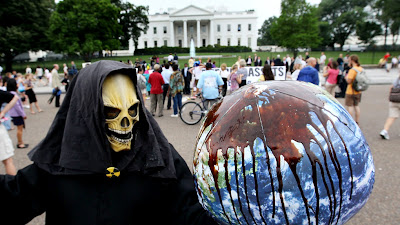 Here is one more tidbit....
I was reading WIKI re BP & came across this: 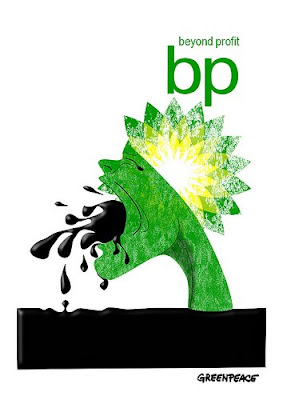 Steven Wereley, an associate professor of mechanical engineering at Purdue University, analyzed videotape of the leak using particle image velocimetry and estimated oil flow rates at between 56,000 to 84,000 barrels per day (8,900 to 13,400 m3/d), or equivalent to one Exxon Valdez spill every 3.5 to 2.4 days.
A second, smaller leak has been estimated to be releasing 25,000 barrels per day (4,000 m3/d) by itself, suggesting that the total size of the leak may well be in excess of 100,000 barrels per day and became the largest offshore oil spill in US history.
We (the small people) don't hear about the 2nd leak much do we?
Yea, and let's put this info out there...
BP also owns:
AMOCO
CASTROL
ARCO  California, Oregon, Washington, Nevada, Idaho, Arizona, and Utah
ARCO AM/PM MARKETS Arizona, California, Nevada, Ohio, Oregon, Washington, recently in Illinois, Indiana, Georgia and Florida, and in several countries worldwide such as Japan.
AIR BP- Aviation fuel 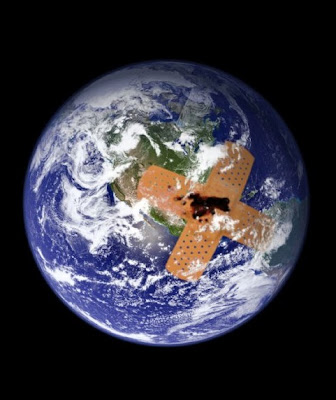 why is anyone in the government trusting bp? every single thing they do should be with a government official looking over their shoulders to make sure they aren't being cutesy--like upping the amount of dispersant so that they can say they lowered it, while really just going back to the original amount.

trust bp to come up with yet another angle, another way to game the system, make it work for them. because it IS all about them, their profit, their share price, isn't it? shame on the epa to let them get away with such shameless manipulation.

Why are they so hellbent on using the chemical dispersant anyway??? Because of their volume of output will equal the daily fines.
They are literally sweeping the crude oil under the rug of the ocean's surface.
Many experts say the chemicals are worse than the crude.
If the damned government were together
they would give them a cease & desist order.
No more chemical dispersant- period.

They are literally making a bad situation worse.

It's one thing to have the toxic sludge afloat- where at least it can be captured & removed, once chemically dumped below the surface, it can literally choke out the underwater oxygen.

So skanky of BP to pull this crapola.