Are you buying this? 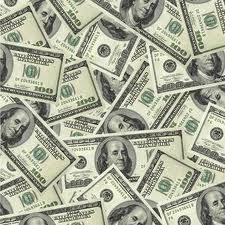 Bush tanks the economy, after 8 long years at the presidential helm.

Just before his sorry ass leaves office, he announces we must do a $700 BILLION dollar bailout to prevent a major financial meltdown in 2007-2008.

Hank Paulson from Goldman Sachs would be in charge, but giving him total immunity would be nice.
Many Wall Street high rollers are saved, and exorbitant bonus money continues to flow.
Those who were victims of the subprime mortgage meltdown were left to fend for themselves.

Basically, they gave Bankers & Wall Street the key to the treasury, and corporate welfare.
In real life, if you tank your own business w sloppy & shoddy practices, you either sink or swim. Businesses regroup, tighten their belts, restructure. Or just hit up the Federal Reserve.

Recent articles tout the "success" of the TARP program, saying it looks like the Federal Treasury will "only have lost $30 billion" not paid back.

The 2 million unemployed people who lost their benefits this month could have used that money for basic survival.
I don't know about you, but knowing so many people are struggling does not make the corporate welfare give away any easier to take.
But in this upside down new world order... losing $30 billion is GOOD news!

Woo Hoo!  Excuse me while I go get some party hats... 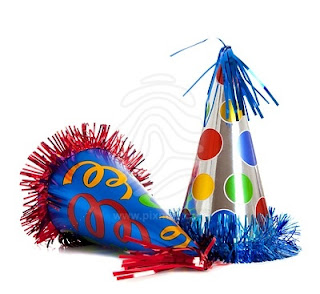 Welcome to republican economics -- the rich get richer, the poor get poorer, and the middle class gets fucked.

Right now I'm so angry about what is going on with Obama the cave bear and the republicans, plus the arrest of Assange--that I can't even blog about it. I can't believe Obama has caved in so badly--and I didn't think the most highly of him to begin with (because he isn't in my eyes progressive enough).

there is something rotten at the very heart of the wealthiest people (and their bought and paid for elected reps running the big show in DC) who would pitch such a huge fit over a measly 4% increase in their tax rate that they can successfully stop everything else (including nuclear treaties) until they get their way.

Jerry ~ The changing of the guard did not even officially happen & already the bulldozing & lockstep action is in full swing.

Lib: Cave Bear! There is a nickname I had not heard. Jeez.... it seemed pretty easy to get Obama to do what they say. Not much fight. Not much backbone... Obama contended if it was not done by Jan 1, the middle class would take a financial hit.... his reasoning is he did it for "us"....
but let's face it-- the people who run the show are the big money players & they are the ones wanting & getting the break.

I heard a comedic line from Letterman....
The Bush era tax cuts for the rich has been extended.
No there's something you never want to hear...
"Bush Era Extended".
That's for damned sure.

DK ~ But the wealthy need more of their wealth.
What's the problem???
My full time employed co worker is worried that the electricity in his house will be turned off during the holidays, because they cant afford to pay ALL the bills. She has a college degree in early childhood education... but school budgets are being sliced & diced, slashed & dashed.
Even the employed are struggling.

We always knew the GOP was a lost cause--
but I'm steamed that the Dems blew their majority advantage squabbling amongst themselves for 2 whole years.

Seems like all we have to choose from is disorganized ineffective dems,
or evil organized lockstepping GOP.