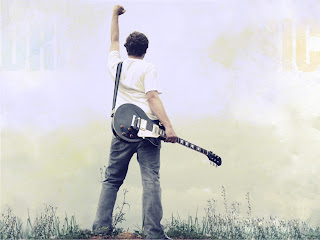 Interestingly enough, different politicians have chosen music to play during their campaign rallies, and it turns out, mostly republicans, have used the music without the permission of the performing artist, and frankly, these artists feel especially touchy about politicians they don't like using their songs.


I happened to come across this story that Tom Petty has issued a cease & desist letter issued to Michelle Bachmann after she used his song at the end of her announcement to run for president. The article, titled not HIS American girl, "A few hours after the rally, Matt Ortega tweeted, "@TomPetty unhappy with Michele Bachmann's use of 'American Girl' and in process of issuing [a cease and desist] letter."
Petty wanted to make it clear that he does not support Bachmann's candidacy


• Petty ain't scared. Remember when he did the same to George W. Bush for using "I Won't Back Down"?


• Eagles frontman Don Henley issued a lawsuit against GOP candidate Charles DeVore, after the politician used two songs—“The Boys of Summer” and “All She Wants to Do Is Dance”—in web campaign videos. Though Henley first complained to YouTube about the videos, YouTube told him that he’d have to file an official copyright claim before they could remove them. So Henley did just that. Though DeVore defiantly stood his ground on his right to use the songs (calling Henley a “liberal goon” in the process), a court didn’t agree with the politician. After a judge ruled in favor of Henley, DeVore issued an apology statement for the copyright infringement. Oh, and for the name-calling.

• Former Talking Heads frontman David Byrne sued Florida’s Republican governor, Charlie Crist, for the use of “Road To Nowhere” in a campaign video used during the politician’s unsuccessful run for U.S. Senate in 2010. The singer asked for $1 million and though the suit was settled for an undisclosed sum,

•  When Ronald Reagan ran for reelection in 1984, the Gipper hoped to buttress his muscular agenda through the use of Bruce Springsteen's newly released hit, "Born in the USA." Springsteen, who went on to endorse both John Kerry and Barack Obama in 2004 and 2008, thought his anti-war anthem was being misused. He told Kurt Loder of  Rolling Stone on December 6, 1984, the following: "But I think there's a large group of people in this country whose dreams don't mean that much to [Ronald Reagan], that just get indiscriminately swept aside. I guess my view of America is of a real bighearted country, real compassionate." 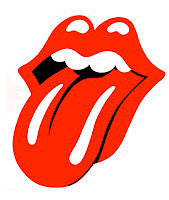 •  In 2008, progressive/activist artist Jackson Browne sued John McCain, the Republican National Committee and the Ohio Republican Party for the use of his 1977 song “Running on Empty” in a campaign ad without asking permission. The lawsuit was settled for an undisclosed amount and McCain apologized to Browne, though he maintained that he had no knowledge of the ad. However, McCain has also had other big-name artists, such as John Mellencamp, Van Halen, Bon Jovi and the Foo Fighters, balk at his using of their work for campaigns. That's a lot of (well deserved) rejection
• The Brits faced off against the Germans in this music tiff. When Angela Merkel was running for chancellor of Germany in 2005, she used a track by The Rolling Stones, appropriately titled "Angie." However, the Stones' agent wasn't too happy, saying the candidate did not have permission to use the song. "We would probably have said 'no' if they had (asked," a rep said. Merkel's team didn't back down, claiming they licensed the track from a German music distribution agency.

• During his 2010 bid for U.S. Senate, Republican Rand Paul used two songs by the band Rush to pump up crowds and add background music to a promotional video. This prompted Rush's lawyer to write to Paul's team, claiming the politician never asked permission to use the tunes. But the libertarian-minded band insisted the move was not a statement. "This is not a political issue — this is a copyright issue," Rush's attorney told the Courier-Journal. "We would do this no matter who it is."
• In 2008, Heart's "Barracuda" played at the Republican National Convention in tribute to then-Vice-President nominee Sarah Palin, whose high-school nickname had been Sarah Barracuda. Heart wanted nothing to do with Palin, sending a stern email to the campaign stating that, "Sarah Palin's views and values in NO WAY represent us as American women. We ask that our song 'Barracuda' no longer be used to promote her image.” Could this help explain why Palin’s spirit animal is now a grizzly bear?"

* Credit TIME newsfeed
I think it's cool that these musicians have taken back their music from politicians who basically tried to use it for their own political gain... a paid job as a politician when the artists themselves don't support the candidate or message. The "not in my name" spirit carried over so strongly- it came to lawsuits & strong worded demands to cease & desist.
The republicans have done more than enough damage, let's not let them take our music too!
Right on!

Republicans don't want to pay for anything. With them, it is take, take, take.

Jerry: Take take take.. then taken to court!
Sucks to be them!

Nonnie~ Not a Ted Nugent fan, but looked him up. The repugs deserve him....

Pawlenty: Yank me crank me