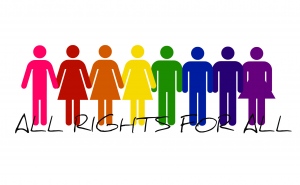 What the hell is happening in this country?
N. Carolina is the new "Hate State", putting a constitutional ban on gay/same sex marriage.
Equal rights is the Civil Rights issue of the 21st century in the U. S.
This is exactly why I dislike the State by State approach for this civil rights/equality issue.
If they did this for Slavery & the Civil Rights movement, we'd still have plantations with slaves, and white only drinking fountains & bus seating. All the other countries in the graphic below honor people's rights to choose whomever they want to marry.  I really hate the idea that in the USA, a couple's marriage, (and all the legal rights that go with it) will not be valid, simply by crossing a State line. 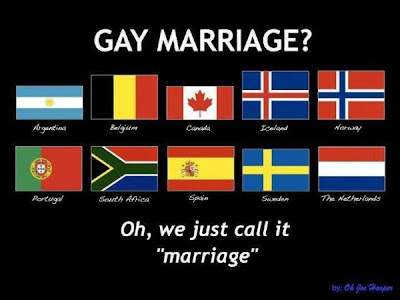 To add insult to injury, the Senate just pulled the rug out from under those taking student loans.  Once again the republicans fought for not taxing the rich, and would rather fund lower interest rate student loans by taking money from the Health care reform act funds. How do these people sleep at night?

* This editorial cartoon could use some updating. Make the "tuition hike" much larger, and add an anvil falling above the student's head titled "unemployment". We are going to have a whole lot of College grads working minimum wage jobs, and either default on student loans, or taking much longer (paying more), to pay off the debt.

Subsidized Stafford loans are for low- and middle-income students. The higher rates, will affect students taking out new loans starting July 1.
The Education Department estimates 7.4 million students will borrow $31.6 billion in such loans in the year beginning July 1, averaging $4,226 for each student. 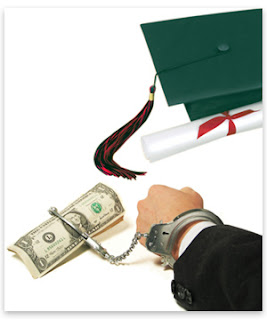 These loans generally are paid off over a decade or more after graduation. Allowing interest rates to double would cost the typical student about $1,000 over the life of the loan, the administration says.
The Senate is bringing the student loan rate backwards to that of 5 years ago, in the GW Bush era.

The republicans are making it very clear who they support and who they don't. All the people have to do is PAY ATTENTION!

We are going to need some well educated people to figure out how to dig out of the mess/hole we are in.

Even congressional politicians are bailing out saying they can't take the caustic vitriol anymore.