The conventions of the 2 party systems in the U.S. are quite the production. It is a show put on to air the platforms & players of the parties. I've always kind of rolled my eyes at the canned speeches and showmanship of it all.
A case in point was Nancy Pelosi's appearance at the convention opening night. When she appeared on stage, a part of the audience chanted Nan-cy, Nan-cy, Nan-cy. You've GOT to be kidding, I thought. This woman is the scurge of the democratic party. She stepped in to the Speaker of the House position, and immediately declared that "Impeachment was off the table". What???
I consider Nancy to have obstructed justice. It's not like we had to search for a single crime-- but a long list of high crimes and misdemeanors in which to choose from that are Impeachable items. 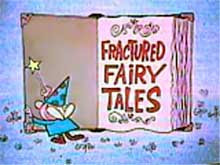 Yet Nancy stood before the crowd & rattled off a list of "accomplishments" the democrats had achieved.
• Katrina Hurricaine recovery (New Orleans & the Gulf Coast, is STILL in a shambles 3 years later).
• Addressing fuel efficiency (writing a bill saying we will deal with it in 13 years is nothing to be proud of).

Nancy's little foray into her version of reality was disturbing at best. It is these kinds of appearances that make me dislike political conventions. For the record- I was done listening to Pelosi when she declared impeachment was banished.
What Pelosi did was not just a political fau paux, Pelosi is, in part responsible for the deaths, suffering & Human Rights violations she allowed the Bush admin to conduct.

On the flip side, "Uncle Ted" Kennedy had a glorious moment at the Convention. Recovering from a brain tumor operation, his Doctor's recommended he not attend the convention, as his immune system is compromised due to treatments. But Kennedy's life work with the party & dedication to democracy itself compelled him to be there & have his moment at the podium. You could tell he was savoring the moment & truly glad to be alive & present.
He reminded us that the vision & work still remain intact, and to press on.

It is these kinds of appearances & speeches that make me tolerate poltical conventions. 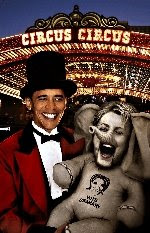 Tonight, Hillary takes to the podium. I don't know what to expect from her. Will she mention her web site & throw in a plug to help pay for her debt? Will she use it to launch her next run for president in 2012? I hope not. Even hearing her roclaim her support for Obama, will seem fake & shallow, after all those months of fighting tooth & nail playing every card she had- including race, gender, & assassination.

I hope the media covers the protestors in the streets. I understand they are mocking the "Freedom Cage" the fenced, designated protest area, and staging protests wherever they want.
The people of this country have valid concerns. The Democrats had the majority in Congress since 2006, yet we still have no Impeachment, Torture, Gitmo, the Iraq war for 6 years, a failed economy, and Warrentless Wiretapping.

Oh and may I say the music selections have been funky so far. Ceeeee-le-brate Good Times??? Come on!
Posted by Fran at 11:03 AM

I love your commentary. If you were on TV, you'd be the kind of "talking head" I would NOT switch off.

Thanks so much BE. It's nice to get positive feedback re my humble little blog.