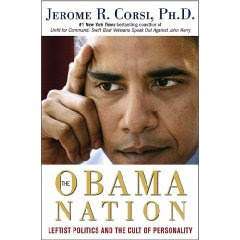 It's time for the Swiftboaters to set sail. This time in the form of a new book titled "Obama Nation ~ Leftist Politics and the Cult of Personality"- get the word play of abomination? Amazon Books has it marked down 45% already, if that tells us anything. I caught a news feature on NPR about it, saying it is short on facts, and heavy on innuendo.

In short, 385 pages of pure unadulterated bullshit.
The author, DR. JEROME CORSI received a Ph.D. from Harvard University in political science in 1972 and has written many books and articles, including the No. 1 New York Times best-seller, Unfit for Command: Swift Boat Veterans Speak Out Against John Kerry.
Let's not forget PhD= piled high & deep.

The guy literally wrote the book on swiftboating-- Ugh!

In his book you will find such juicy pseudo facts on all the misinformation previously spewed in Mass Media:

"In this stunning and comprehensive new book, the reader will learn about:
-Obama's extensive connections with Islam and radical politics, from his father and step-father's Islamic backgrounds, to his Communist and socialist mentors in Hawaii and Chicago, to his long-term and close associations with former Weather Underground heroes William Ayers and Bernadette Dohrnassociations much closer than heretofore revealed by the press

-Barack and Michelle's 20-year-long religious affiliation with the black-liberation theology of former Trinity United Church of Christ Reverend Jeremiah Wright, whose sermons have always been steeped in a rage first expressed by Franz Fanon , Stokely Carmichael and Malcolm X, a rage that Corsi shows has deep meaning for Obama

>>>>Steeped in rage-- Does that really happen in black & liberal/progressive circles???

-Obama's continuing connections with Kenya, the homeland of his father, through his support for the candidacy of Raila Odinga, the radical socialist presidential contender who came to power amid Islamist violence and church burnings.

>>>> Hammer in those key hot button words *Radical*socialist* Islamist Violence* & throw in a plurality of church burnings. What!!! No Voodoo?

-Obama's involvement in the slum-landlord empire of the Chicago political fixer Tony Rezko, who helped to bankroll Obama's initial campaigns and to purchase of Barack and Michelle's dream-home property. 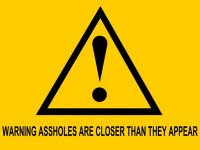 -The background and techniques of the Obama campaign's cult of personality, including the derivation of the words hope and change

>>>> That's right people, let's put hope and change under the microscope. The words "100 year war" has so much more clarity, and cleary devoid of any hope or change.


-Obama's far-left domestic policy, his controversial votes on abortion, his history of opposition to the Second Amendment, his determination to raise capital-gains taxes, his impractical plan to achieve universal health care, and his radical plan to tax Americans to fund a global-poverty-reduction program

>>>> We as Americans should be comfortable with $9,5 trillion $ debt. Who needs taxes when you can just go deeply in debt? Let the following generations deal with it. We should be leery of impractical health plans, because the "you're on your own" plan we have now is working just fine, for the wealthy. If there is no profit to be made off global poverty, what good is it, after all?


-Obama's naïve, anti-war, anti-nuclear foreign-policy, predicated on the reduction of the military, the eradication of nuclear weapons and an overconfidence in the power of his personality, as if belief in change alone could somehow transform international politics, achieve nuclear-weapons disarmament and withdrawal from Iraq without adverse consequences, for us, for the Iraqis or for Israel."

>>>> Pro war, pro nuke, fat military, stockpiles of nukes & weaponry, and trillions in debt are the American way.
We are very efficient people. We can just nuke ourselves & be our own worst enemy.

Meticulously researched and documented, THE OBAMA NATION is the definitive source for misinformation and spin.

Just for laughs, I glanced over the- people who read this book are also interested in:

• Fleeced: How Barack Obama, Media Mockery of Terrorist Threats, Liberals Who Want to Kill Talk Radio, the Do-Nothing Congress, Companies That Help Iran, and Washington Lobbyists for Foreign Governments Are Scamming Us ... and What to Do About It by Dick Morris

>>>> Hey Dick- You may have given the whole book away with the title.

Ok~ I did not make any of this up. These are real books/titles, written by real idiots.
You could not pay me to read those books. Grab your lifejackets kids, the Swiftboats are coming!!!
Posted by Fran at 10:24 PM

I saw the "author" interviewed on Larry King tonight. He takes credit for John Kerry's failure in '04. Sadly, there are plenty of people who connect with this crap on some level. So now he's after Obama (don't give him any ideas about voodoo, fran, or he'll write a quick epilogue just to cover all the smear bases). I hope his book ends up in the coverless cellulose insulation recycling box. Pulp Fixation!

Pulp Fixation- Good one DK. These people are masterful at telling lies, with the theory that if you repeat them enough, people will either believe it, or stir up some doubt or questions.

So what is the Bush Admin?

The additional titles listed were a real kick.
That Global Warming smear book should win some kind of prize in the off the charts fiction
category.

Hi E ~ You would think people would be aware that the swiftboat author writes this kind of *National Enquirer* rag style of writing.... to not take ot seriously...