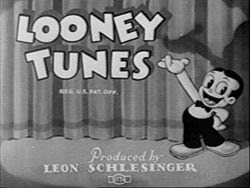 These can only be real stories-- you can't make this stuff up!
STIMU-LESS
The Oregon Ntl Guard Armory in Coos Bay is undergoing a $1 million dollar refurbishing, using State & Federal Stimulus money.
Due to State revenue shortfalls,  they are looking at cutting $4.7 million to Oregon Guard funding- possibly closing 4 armories.
The newly refurbished building may be closed or sold.
GET THE LEAD OUT
Toymaker Mattel aka Fisher Price will pay a $2.3 million dollar civil penalty for selling toys with excessive lead. Will the toxic toys become a collector's item??
TEXACO OWNS THE COLOR RED!
A local gas station has been slapped with a lawsuit for trademark infringement.
The company owned the station for 42 years-- and used to be a Texaco franchise, but mergers & purchases flipped the ownership from Shell to Chevron.
The company got rid of the Texaco Star logo, changed Texaco red to Brentwood Orange & changed to HP - Higgins Petroleum.
The corporation thinks the logo is too Texaco-y, and filed the lawsuit.
Apparently Texaco's trademark rights include a red & black canopy & gray poles.
"How do you own a color" asked the independent station owner?
"Texaco can't own red!"
The owner said since being unbranded, he was able to add biodiesel fuel & sales went up 10 to 15%.
Let's hope HP Hewlett Packard, and British Petrol giant BP do not get lawsuit happy as well.
Although the name *JUST A FRIGGING GAS STATION* has a unique ring to it.
That's enough crazy for today!
Posted by Fran at 12:45 PM

I wondered if the Stimulus money might get mixed up in a left hand does not know what the right hand is doing.... or a spend-$1 million- on renovation when the State is short $4 million shutting down the building kind of mess.

Our guvmnt at work. Doh!

do you remember when donald trump tried to copyright 'you're fired!' i think being in boardrooms makes you stupid and selfish. i would buy gas at *just a frigging gas station.*

Hey I thought *I* owned RED!!! I should sue Texaco!

Nonnie~ Damn! I wish Trump did copyright *You're fired" AND Pink slips--- so many more people would have jobs rights now!

DK- Go for it. I think Texaco has a little money you can go after.

Truth is stranger than fiction.