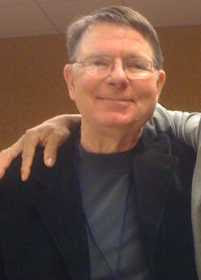 Dr. George Tiller, the Medical Director of Women's Health Care Services in Wichita, Kansas, was shot and killed as he entered his church to worship. His wife, Jeanne, was sitting in the choir as her husband was killed. In 1993, Tiller had been shot in both arms by an anti-abortion zealot, Rachel Shannon More, and in 1985, his clinic was bombed.

Dr. Tiller, a former member of the United States Navy, a husband, and a father of four children, was one of the few doctors in the nation who would provide legal and safe late term abortions to women facing "serious or lethal health problems."

"But let's be clear about something: if you're going to repeatedly say that a doctor performing a legal medical procedure is committing "murder" and engaging in a "holocaust", then you shouldn't be surprised when one of your more motivated supporters actually does something about it. After all, if you're convinced that someone is committing "mass murder", then killing him is a perfectly logical thing to do.

It's not enough to denounce the assassination. It's time for anti-abortion activists and other conservative leaders to renounce the use of rhetoric that incites terrorism and violence."

"This was a man who was treating patients in dire need of help. His cold-blooded murder for what looks like political and religious reasons is revolting. The justifications for his murder by the repugnant Randall Terry and the swill that is Free Republic are a stark reminder that the Americanized version of the Taliban are alive and well.

Dr Tiller is a hero and a martyr and should be remembered as such. His murder should galvanize Americans further against the hate-filled, fear-mongering fringe that treat women and choice with visceral disdain."
According to Wiki:
Tiller was shot in the head at point blank range; he was wearing a flak jacket, as he had been since 1998, when the FBI told him he was No 1 on the hit list of violent anti-abortionists. After threatening two others who tried to prevent his departure, the gunman fled in a car.
After the shooting, Tiller's clinic, Women's Health Care Services, closed for the week to mourn his death. It will reopen on June 8, according to Tiller's colleague, Dr. LeRoy Carhart of Nebraska, who said, "What people need to know is... the women's services that we provided for 30 years are not going to change."
That was good to hear. Women's Health Care Services will continue to provide specialized health care to those who need it.
In closing, U.S. Attorney General Eric Holder issued a statement saying, "The murder of Doctor George Tiller is an abhorrent act of violence.... Federal law enforcement is coordinating with local law enforcement officials in Kansas on the investigation of this crime, and I have directed the United States Marshals Service to offer protection to other appropriate people and facilities around the nation."
If that is what it takes-- having Federal Marshal protection, than so be it.
Otherwise, the terrorists would have won.
Posted by Fran at 8:47 AM

This topic makes me so sick. It's so hypocritical and sad and hate-filled that I can't wrap my mind around the thought process that leads one to believe in their righteousness to the point that they would kill for their cause.

The right wing noise machine would love nothing more than to stoke the fires of their "culture wars." This act might have just done that.

This physician was brave to take on this controversial, legal practice, the Wiki page said he even helped with funeral arrangements for parents grieving with a very difficult health decision, that was probably heartbreaking for them. There are cases where severe health problems are not diagnosable early on in the pregnancy or health conditions arise under the stress of being pregnant.

He sounds like a doctor who provided compassionate care, and even stayed in the practice after being shot at and the clinic bombed.
that takes some dedication. I'm glad the clinic will continue to provide this specialized health care, and additional protection is being provided.

I liked the editorials these other folks wrote.... there is a verbal incitement going on that is not innocent.