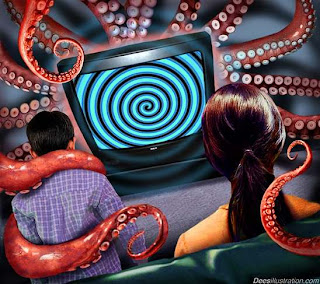 Here is a sampling of some of the #$%!@#% crazy e mail content cousin Dan sends me.
Usually I "round file" this stuff..... but hey-- we are entitled to a good laugh, right?

Last Monday was a profound evening, Dr. Charles Krauthammer spoke to the Center for the American Experiment. He is a brilliant intellectual, seasoned & articulate. He is forthright and careful in his analysis, and never resorts to emotions or personal insults. He is NOT a fear monger nor an extremist in his comments and views. He is a fiscal conservative, and has received a Pulitzer Prize for writing. He is a frequent contributor to Fox News and writes weekly for the Washington Post.

His three main goals are to control ENERGY, PUBLIC EDUCATION, and NATIONAL HEALTHCARE by the Federal government. He doesn't care about the auto or financial services industries, but got them as an early bonus. The cap and trade will add costs to everything and stifle growth. Paying for free college education is his goal. Most scary is his healthcare program, because if you make it free and add 46,000,000 people to a Medicare-type single-payer system, the costs will go through the roof. The only way to control costs is with massive rationing of services, like in Canada.


>>>>>> His three main goals are to control ENERGY, PUBLIC EDUCATION, and NATIONAL HEALTHCARE by the Federal government. Sounds good to me! By the way-- as opposed to previous president Bush's goals?
Wars, obstruction of justice & ruining this country (by ways of obsolete energy practices, neglecting public edication, and letting everyone fend for themselves re healthcare?)

Republicans are in the wilderness for a while, but will emerge strong. Republicans are pining for another Reagan, but there will never be another like him. Krauthammer believes Mitt Romney, Tim Pawlenty & Bobby Jindahl (except for his terrible speech in February) are the future of the party.. Newt Gingrich is brilliant, but has baggage. Sarah Palin is sincere and intelligent, but needs to really be seriously boning up on facts and info if she is to be a serious candidate in the future. We need to return to the party of lower taxes, smaller government, personal responsibility, strong national defense, and state's rights.

No American president has ever stood before the U.N. body and condemned his predecessor or American foreign policy in such a way. President Bush, like every president before him made some mistakes, but he did not deserve this put down. And let's not forget America was attacked on September 11, 2001, and thousands of American lives were lost. President Bush and his team got us through all that and kept us safe for the rest of his terms. And I hope Mr. Obama realizes the "haters" of America are still out there.

Torture & a war based on lies-- he sure as hell earned this put down.

President Bush kept us safe. But not from his administration & their worldwide torture program.
And why, might I ask are there haters of America out there?


The real work of the U.N. Security Council should have been condemning and again warning North Korea and Iran that they are not welcome into the nuclear club and that every effort is going to be used to stop them from continuing on that path. It took French President Nicolas Sarkozy to call the Security Council exercise weak and to chastise its members, including President Obama, for not condemning Iran and North Korea more forcefully.

"How, before the eyes of the world, could we justify meeting without tackling them?" He went on to say: "We live in the real world, not a virtual world. And the real world expects us to take decisions."

Iran's reaction to their "view of the real world" was to walk away from the U.N. meeting and test-fire missiles with sufficient range to strike Israel and parts of Europe and American bases. Far from being humbled, a senior Revolutionary Guard official told the semi-official Fars news agency, "Iranian missiles are able to target any place that threatens Iran."

I for one would like to remind them that we have a lot more missiles then they have and we can strike any place they fire a missile from. Of course, I am not a diplomat and never have been one -- for obvious reasons.

>>>>>>> Let's use a sandbox analogy. Some kids have baseball bats. Other kids decide they too need baseball bats, but the ones who already have them, think they are "good" and no one else can have them because they said so, and they are "bad".

The problem with nukes is once you open that door, it becomes fair play that anyone can decide to have them.

And of course the obligatory bitching about anything Obama does....

As if he doesn't have enough on his plate, he is flying off to Denmark to head the lobbying effort for his hometown Chicago's final presentation to the International Olympic Committee to host the 2016 games.

I'll stop now.... hope you had some good laughs over this propaganda.

I bet you are glad I usually round file this stuff, huh?
Posted by Fran at 5:50 PM

bobby jindal is the future of the party, but those in his party don't know how to spell his name?

However you spell it-- the GOP can have Jindal- and cousin Dan!