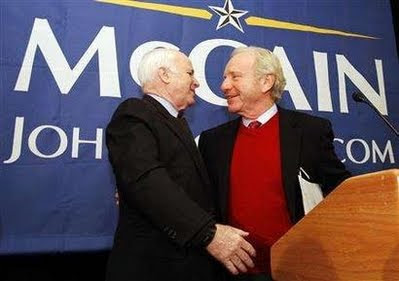 Well OK, maybe it was just a freudian slip-- the part where Megs refers to Joe Lieberman as a Republican.
After all, he was a Bush bootlicker, and he stood at the podium of the Republican convention, selling John McCain for president. Officially, he is an "Independent", but clearly he has crossed the line. Maybe Megs just stated the obvious.

Besides the "like, totally, whatever" valley girl persona, and the oversized oober gaudy jewelry, and ripped jeans (we KNOW your family members are multi millionaires), Megs, straight republican girl has gay friends & followers.

Megs thinks the Republican Party needs to be more moderate, and embrace gay marriage, rather than be like an elite country club.

Your parents are going to be some kind of pissed off at you, girl!!!!
Maybe she did not notice her parents are gay hating, elite country club types??? 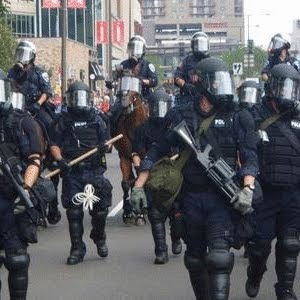 Megs said "The last election was so inspiring!!!"

Really Megs? Jack booted thug riot police in the streets bashing heads & busting into protest march organizers homes having them hit the ground at gunpoint, while their computers were seized as evidence is "inspiring"?

Or was it the fact that neither the President or the VP had the balls to even attend the National Convention of their own party- either because they were such an election liability, or they were scared of the 10,000+ people in the streets protesting their torturous regime.

Any way you look at it, Megs, the word inspiring does not capture the election.

Palin evoked angry villagers yelling "kill" when she accused Obama of palling around with terrorists, while stumbling on such heavy hitting questions as "what newspapers do you read?".

Your Daddy played dirty, and below the belt-- the campaign was even sued by Jackson Browne for using his song w/o permission, and the Palin high end clothing spree misuse of funds. The riot inciting finally stopped when a number of members of Congress publicly complained they had crossed the line.

The Republican party is on the losing side because they have embraced hateful, divisive, corporate greed ways, and clearly are not representing the best interests of the people.

Meghan~ as sure as Joe Lieberman IS a republican (at heart), it will be a cold day in hell when they change their ways to accept & allow gay rights-- because if you hadn't noticed, the allegeldy progressive Democrats can't even get their shit together to put an end to Don't ask don't tell, or allow equal rights for gay marriage.

I appreciate her taking on the issue, but I don't think she should hold her breath for the Republican party to share her view. They are too busy with wars, corporate profit, and selling their votes to the highest bidder.
Posted by Fran at 10:02 AM

i don't know why anyone thinks that anything this vapid spoiled little rich girl is interesting or important.

Meggy McCain needs to change parties if she is going to continue to hang w/gay folk.

The Rethugs will never change that value judgment. Nevah!

Nonnie~ If Megs is a thorn in her parents side, and a GOP party embarrassment, I hope she carries on.

Dustorella! She is barking up the wrong tree for sure. The GOP is too deeply into hate as a family value!