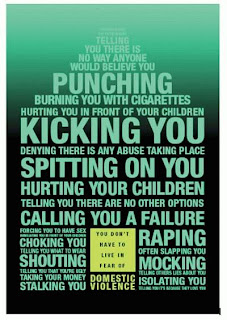 I'm just going to briefly touch on the subject of domestic violence.
People with extreme tempers, when they *lose it* or see red, they reach a point in their rage where the anger so fully takes over, they don't even realize what they are doing.
Case in point, Chris Brown re his assault on Rihanna (CNN)

Pop star Chris Brown has admitted guilt and apologized for assaulting his then-girlfriend Rihanna in February, but he does not remember hitting the singer, he told CNN's Larry King.

Looking at police reports about the incident makes him feel like he's reading about a stranger.

But, he added, it is tough for him to look at the photo showing Rihanna's battered face, the one image that might haunt and define him forever.

"When I look at it now, it's just like, wow, like, I can't believe that that actually happened," Brown said.

He now has to keep his distance from Rihanna, because of a judge's restraining order. (end)

Chris Brown was in such a rage he does not even know what he did. It is textbook classic that after severely assaulting her, he "still loves her".

Maybe the whole legal blowout gave her the time & space to realize she could have been killed.

That and the fact love should not ever--NEVER encompass assault & battery. Turns out they have had other lessor physical injury encounters.

Violence tends to follow these patterns of lashing out rage, to extreme apologetic mode, then some thing that triggers more violence, perhaps growing more extreme with each repeat episode.

Just for the record, I favor *zero tolerance* when it comes to domestic violence. 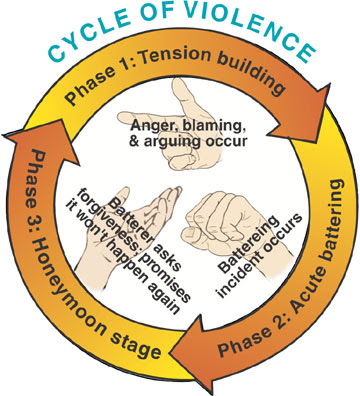 BEEN THERE AND DONE THAT! NO THANK YOU!

I think Chris Brown is insane. Or maybe he has a multiple personalities.

Joy~ I really do believe there is such a level of rage that one *sees red*... that is they lose control to the point they really don't know what they are doing- a total rage.

the fact Chris Brown went out drinking @ clubs after his trial, demonstrates he really does not
quite get it.
People with such rage really do need counseling & therapy, to learn about anger management, skills on how to deescalate,
and to learn crossing the line to physical abuse is never OK.

He went from a pre grammy party, to afterwards choking & beating his then girlfriend. He was able to control his anger in the public eye, but lost it in a private setting?

I'm just so glad she had followed through with pressing charges, and cutting off the "relationship". Not OK.

For him to get on a talk show saying he does not remember & what he did is not who he is....big red flags.

He needs to remember - to learn from it, and get long term help.
Wearing a baby blue bow tie on a talk show appearance is not going to get it.

Great education on D.V. here, Fran. Super job. I think that the public really does not understand the dynamic. This high profile incident gives us a good "teaching" opportunity.

It is not love. It is dominance and aggression. And I hate to say it, but I've seen a certain amount of enabling on the victims parts, too. I'm not saying they like it, but THEY also need much counseling to overcome being attracted to these "types".

Hi BE ~ A lesson for sure, and I hope one Mr. Brown learns. If you don't get help, this *baggage* follows you wherever you go.


DK ~ I think initially, the enabler is confused by the mixed messages- intense love, turning to hate & violence. People want to be forgiving & want to believe it will never happen again....
but then it does. Usually in exponential escalations.

I found this Talk show interview horrifying.
He does not remember & he does not think or believe he was responsible for her bruises?
Choking a person is very out of control.
If he thinks he will get it together by drinking at clubs, he is so very wrong.
I fear we will see him in the headlines for more of the same , down the road, unless he gets serious help & takes it seriously.