Let's get this baby delivered! 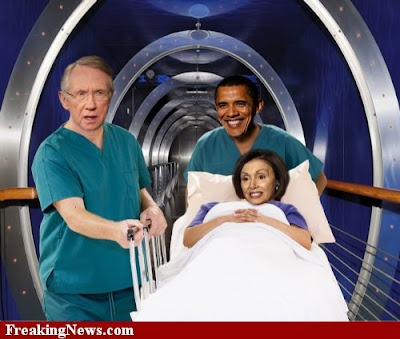 PUSH!!!!!!!!!
This healthcare reform bill has taken entirely too long. I'm disappointed we don't have a real public option on the table, but the way this has been turned upside down- with billions flowing into the pockets of Congress, to buy votes for the for-profit "Wealthcare" industry, it's become quite clear we are going to have to push through whatever we can. Something is better than nothing, and we have to start somewhere.
It has been revolting, the way the GOP has stalled, thrown in obstacles, played the abortion card, and the insurance industry has sent out paid groups of angry villagers, promoting the notion that paying for-profit insurance companies equals "freedom".
They stooped as low as touting the idea of "death panels", where boardrooms of government officials would decide who would get care, and who would not. For anyone paying attention-- they would know the for-profit insurance companies had played the role of death panels already, for years.
Denying claims approval. Witch hunts to find any reason they might get to disqualify a paying customer by finding any remote pre existing condition. If not outright denial of claims, it would be constant changing of policies, raised co pays, more out-of-pocket expenses, and a greater percentage of costs for prescription meds, which are some of the most expensive prices on the planet. With no end in sight. Health insurance companies have begun raising their rate by 24% and more.

The AFP reports: "Obama on Friday delayed a trip to Asia by three days, until March 21, in hopes the plan that would extend health coverage to 31 million uninsured Americans could be voted into law and reach his desk for signature before he left.

Democratic leaders in the House are struggling to garner the 216 votes needed to adopt a measure already passed in the Senate, even though they hold more than 250 seats in the 435-member chamber.

Democrats, pointing to independent analyses which show the plan would lower health insurance premiums for most people and reduce the federal budget deficit, say the Republican opposition is simply aimed at wounding Obama politically ahead of key midterm elections in November.

But the reform plan now under consideration also faces opposition among House Democrats, some of whom say it doesn't go far enough in reining in private insurers and others who want tougher safeguards against using insurance to pay for abortions.

That process, known as "reconciliation", would let Democrats frustrate Republican filibuster obstruction tactics in the Senate and allow the healthcare overhaul to be finalized before Congress goes into recess on March 26."

I'm glad they are going to use the reconciliation process. A simple majority will be used to (hopefully), pass the bill. This pulls the plug on these narrow minded, clueless members of congress like Stupak, and even Lieberman, who have been willing to tie up the whole process, by holding their votes hostage, trying to make themselves and their pet causes a one man blockade. These people have lost sight of the "For the people" concept, and are corrupted & lack the humanity and compassion, to take action for the 31 million Americans who have no health care coverage whatsoever.

As for the GOP, walking lockstep in opposition, they never have come up with any alternatives. The party of no, just focused on obstruction, and came with with an alternative plan that looks something like this: 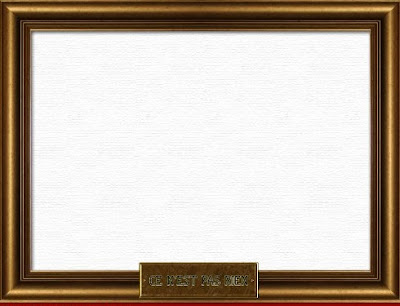 NOTHING
So if you have a Democratic Congressperson sitting on the fence about healthcare, please contact them, and let them know you want a Public Option & Health care reform. If they are concerned about funding, tell them to cut the war budget.
Let's get this baby delivered!
Posted by Fran at 10:51 AM

The labor has gone on long enough already. We are primed and prepped for delivery of this baby!

We will nurture and give it the tools to overcome the obstacles thrown in its path, throw off the bonds and shackles imposed by stupaks and nay-sayers, and become far better than what might have been expected given its too little/too much (depending on your POV) innate attributes.

The path toward billiance starts with the first grimy step!

shit or get off the pot.

and if you can't shit, you should go see a doctor. of course, if you don't have insurance, you probably can't go to a doctor. if you don't have insurance, it's probably because you can't afford it, or your insurance company dropped you after you became constipated. in that case, you should call your rep or senator and tell them that they need to hurry up and pass health care reform. you can use these words when you speak to them:

shit or get off the pot.

DK ~ I hope there is some heavy breathing down the necks of those on the fence..... I'm sick of public money flushing down the drain, so many other useless things, and we are having to fight so hard to get something as basic as health care $.

Breathe! Down their necks!
Push! Reform is long overdue!
Get the one's not helping the labor of crafting something useful out of the delivery room!


Nonnie~ It's a 9-1-1 situation here.
A real medical emergency. The blockage MUST end!

The NYTs reports the Obama White House is at long last playing hardball with the DINO Dem fence dwellers.

After 14 months in office, his peculiar need to be liked is under control and he's ready to stop acting like a senator and behave like a president?

Just saw a Michael Moore interview clip saying it is a "travesty" we are going for anything less than Universal Health care.

Fact is we are in financial ruins. The govermnent has a Grand Canyon wide divide & can;t agree on anything BUT more war funding.

If we really were all that great, we would not be #37 in healthcare. So although I want Universal healthcare, I am willing to settle for now to open the door.

To quote blogger Maui girl-- Medicare is not the same today as it was when it was first created. So getting started on HCR has to start somewhere, and I can not accept that so many are locked out & dying for lack of healthcare.
We may indeed have great medical care in this country, but it's not great if you can't access it.