Open your eyes & look within
Are you satisfied with the life you're living?

I'm ready for a movement of jah people to Exodus from the life our government regime has us living. For the last few weeks various people have asked, what will we do if we have another stolen election? My answer has been, I'm not going there. I am going to remain positive, and hope that the people of this country have had enough, and will turn out en mass and deliver a landslide of popular vote to Barack Obama. He has conducted himself in a way that proves he would be an excellent leader. At least he has a clue we are going in the wrong direction. He is intelligent, well educated, even tempered, and understands the struggles of the majority. The fact that Obama is a black man, and that would be a historic first in our country, ices the cake. It ushers in another level of healing. Bring it on! 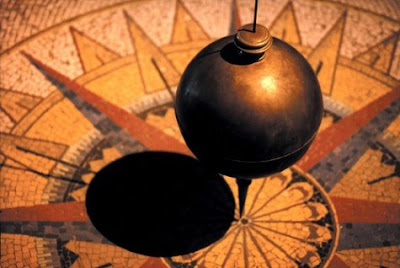 I remember the 2004 election, when it was confirmed the election was stolen, and we would have to endure another 4 years of a Bush presidency. I was devastated. I asked my mentor friend, how could this have happened, and we discussed how this would ruin our country. She explained to me, that politics goes in waves, and the pendulum swings~ in that case to the far right, but then issues arise, and the pendulum swings back the other way. That it would run it's course, and that it will swing back.

I'm waiting for the Movement of jah pendulum to swing back!
Posted by Fran at 11:58 AM

Labels: Exodus, Voters Swing the Pendulum the other way

Hi Fran,
The widget is titled:oops, it seems to move: right now it is titled: National Wildlife Magazine Photo Contest. It also says, Ads by Google. And there is a place to click that says: newest Godtube videos.
Lordy! ICK!

AND... the pendulum IS swinging back.

oh it is so soothing here...I had trouble getting to your blog yesterday- but today no worries....now about the Election after what I have been seeing and watching...I have only hope......

Swallowtail~ Interestingly, these rogue ads you report never show when I look at them & I'm clicking the arrow keys to scroll through the offerings. Strange. But thanks for the report.

E ~ thanks for the update, and I'm so happy to hear your voting nightmares are over & all the reports from the front lines of the Obama visit. I hope Ohio turns blue on the map tomorrow. People are so hopeful & so many new voters. A personal thanks to you for carrying the torch through this long election process.

I am envisioning the pendulum swinging back to the left.

fran, I don't know why, can't figure it out, but everytime I try to access your blog lately, I get an "operation aborted" message & then my computer loses connection. I got around it just now by going through google & then enabling popups & then confirming that your blog is not a restricted site & then right clicking to open!

Well WHATEVER! -- I DO believe in the pendulum effect. The problem is it wants to seek a central position, but keeps getting pushed far right or far left & that is what causes the extreme swing reaction. It will be up to Obama to keep it from going too far left too quickly or it'll swing back the other way in 2012.

Damn this blogger bug thing.
But I am happy you have fought the techno barrier to get here.

As far as going to the left, that pendulum swing, we've suffered such extreme right horrors, the further left we can go, the better, as far as I'm concerned.

Or as the song goes-- Set the captives free!

I would also have us move much further to the left. As a country we have abandoned the dreams and idealism of the 60s and 70s for the pragmatic greed of wall street and the right. People and the country have suffered as a result.

How do we get back to the source?

OK Fran, I think the problem might be the CREDO countdown widget you added. Nothing worked today to access your blog until I accidentally clicked on CREDO (which took me to CREDO MOBILE something or other). From there I was able to click back to your blog without being "aborted".

well thank goodness for your sleuthing. I was starting to think weird thoughts about swinging too joyously, too fast, too free TO THE LEFT! now, I joyously, quickly, with absolute freedom, swing wide!