Out of luck- Unemployment reality check 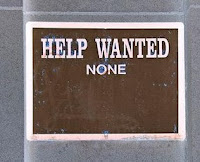 Oregon is one of several states where falling jobless rates brought on the loss of extended federal benefits.


"More than 8,000 Oregonians will see their unemployment benefits suddenly disappear. Officials say the unemployed rate has dropped low enough, to make Oregon ineligible for federal unemployment benefits.
Lowered unemployment is almost always a good thing, but for Oregon's there's a looming downside: more jobs in Oregon now means fewer federal dollars coming in for those who need them most.
20 weeks of unemployment benefits are vanishing with almost no warning.
"You depend on that in your time of need," says Mary Barickman, who is unemployed.
In Oregon, one can collect 99 weeks of unemployment benefits. The last 20 weeks are federally funded in what's called an extension benefit, but that money is going away, because Oregon's unemployment has continuously lowered and is now at 8.8%."
There are some major problems with this plan:
Unemployment numbers are manipulated:
• Those who have stopped looking or no longer get benefits are not counted.
• Those who are underemployed, working in sub par jobs with low pay or no benefits are considered "employed", but not gainfully employed- perhaps living at poverty level.
• When they take state averages, some counties or rural areas may in fact have double digit unemployment, but the metro areas skew the average.


"Forcing unemployed workers back into the job market will fill the needs of employers who are hiring and help other jobless workers keep their skills sharp. “Now, people may settle for the second-best or third-best job, just to get a job,” Hefner said. “That’s what we want to see happen in the economy.”
Still, Wells Fargo economist Vitner said he is not sure taking away extended jobless benefits while the economy’s recovery still is on shaky ground is the right decision. 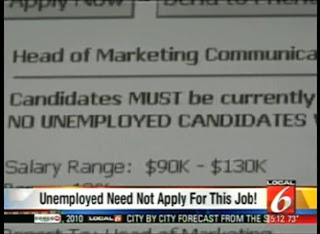 “There aren’t a whole lot of jobs out there in a lot of these counties,” he said. “There may not be any jobs there for them to take.”
Hello! People who have been unemployed for almost 2 years are not unemployed because they are enjoying it. How many  college degree holding, years of experience, hundreds of job applications turned in & no job offer scenarios, are you familiar with?

A new trend has developed where classified ads openly state they will only hire those who are currently employed. New ways to discriminate have emerged.
While Congress played roulette with this reduced benefit concept, the real life application may result in more foreclosures and homelessness, and an even greater reliance on food stamps and welfare. 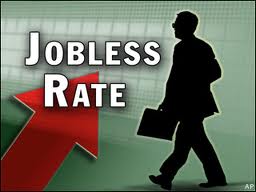 To me, this seems like kicking them when they are down. Don't get me started on why banks with shoddy practices get bailed out, and the people who have contributed to unemployment coffers, are, once again getting sold out.
Locally, the county is about to do mass layoffs due to budget cuts, and even closer to home, my husband's workplace is shutting down the bulk of it's operations & 450 people will lose their jobs. Figures, just before he becomes unemployed, the government changes the rules & takes away 5 months of unemployment benefits.

That sucks for sure. It isn't for the common good that the rich get bailed out and corporate welfare and everyone else gets taken. Ugh!

As you know, I don't work for wages any longer because of illness, but I do think about it. I wonder how I would fare in this jobless environment. I always found work, and many times it was not what I was trained to do, but I took what was available and made do with that until I got something else. It is not a good environment these days. In fact, seems like the whole idea is to get workers to take a lesser job to keep the service economy going.
This cycle of unemployment is lasting longer than those before it. Same with thew housing markets. By now, things should be picking up, equity should be accumulating again. No such thing is happening. I bought my house 3 years ago today, and I can't sell it for what I owe. No equity after three years, a new furnace and a new roof. Guess I'll stay here.

College kids who are heavy Facebook users will need to clean up their act when job seeking.
People get "friended" who they don't really know. Hate to buy into the paranoia garbage, but "social networking" means it's out there for people to see.
I know people in close circles would would walk out of an interview if asked for passwords & might just walk into an ALCU office to chat about violations of privacy. Still, not gonna get the job.

Yet another friend said if you don;t have a social media site, some employer's count that against you too.