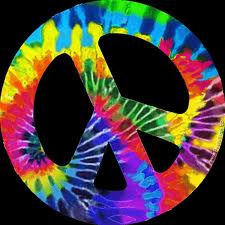 "A nation that continues year after year to spend more money
on military defense than on programs of social uplift is
approaching spiritual death."

"We can no longer afford to worship the god of hate or bow before the altar of retaliation.
The oceans of history are made
turbulent by the ever-rising tides of hate. History is cluttered with the wreckage of nations and individuals that pursued this self-defeating path of hate."


"Somehow this madness must cease. We must stop now. I speak as a child of God and brother to the suffering poor of Vietnam. I speak for those whose land is being laid waste, whose homes are being destroyed, whose culture is being subverted. I speak for the poor of America who are paying the double price of smashed hopes at home, and dealt death and corruption in Vietnam. I speak as a citizen of the world, for the world as it stands aghast at the path we have taken. I speak as one who loves America, to the leaders of our own nation: The great initiative in this war is ours; the initiative to stop it must be ours.

This is the message of the great Buddhist leaders of Vietnam. Recently one of them wrote these words, and I quote:

Each day the war goes on the hatred increases in the hearts of the Vietnamese and in the hearts of those of humanitarian instinct. The Americans are forcing even their friends into becoming their enemies. It is curious that the Americans, who calculate so carefully on the possibilities of military victory, do not realize that in the process they are incurring deep psychological and political defeat. The image of America will never again be the image of revolution, freedom, and democracy, but the image of violence and militarism.

Unquote.
The war in Vietnam is but a symptom of a far deeper malady within the American spirit, and if we ignore this sobering reality [applause], and if we ignore this sobering reality, we will find ourselves organizing "clergy and laymen concerned" committees for the next generation. They will be concerned about Guatemala and Peru. They will be concerned about Thailand and Cambodia. They will be concerned about Mozambique and South Africa. We will be marching for these and a dozen other names and attending rallies without end unless there is a significant and profound change in American life and policy. [sustained applause] So such thoughts take us beyond Vietnam, but not beyond our calling as sons of the living God.
It is with such activity in mind that the words of the late John F. Kennedy come back to haunt us. Five years ago he said, "Those who make peaceful revolution impossible will make violent revolution inevitable." [applause] Increasingly, by choice or by accident, this is the role our nation has taken, the role of those who make peaceful revolution impossible by refusing to give up the privileges and the pleasures that come from the immense profits of overseas investments. I am convinced that if we are to get on the right side of the world revolution, we as a nation must undergo a radical revolution of values. We must rapidly begin [applause], we must rapidly begin the shift from a thing-oriented society to a person-oriented society. When machines and computers, profit motives and property rights, are considered more important than people, the giant triplets of racism, extreme materialism, and militarism are incapable of being conquered.

America, the richest and most powerful nation in the world, can well lead the way in this revolution of values. There is nothing except a tragic death wish to prevent us from reordering our priorities so that the pursuit of peace will take precedence over the pursuit of war. There is nothing to keep us from molding a recalcitrant status quo with bruised hands until we have fashioned it into a brotherhood."
A new memorial has been placed on the National Mall in Washington D.C. this week, the formal dedication is scheduled for Aug 28th. While I support a memorial in his honor, I don't think he would have liked the fanfare. For the first black president to lay wreaths on Kings grave, & dedicate this memorial, while absolutely ignoring King's core values, and utmost value in non-violence seems shallow, and hypocritical.

I believe Dr. King would rather President Obama embrace non-violence, and take to heart the works and words of Dr. King, rather than place a statue in his memorial. Kings words are just as stunningly true today, as they were back in 1967, 44 years ago.  His words both ring true and haunt me:

"A nation that continues year after year to spend more money
on military defense than on programs of social uplift is
approaching spiritual death." 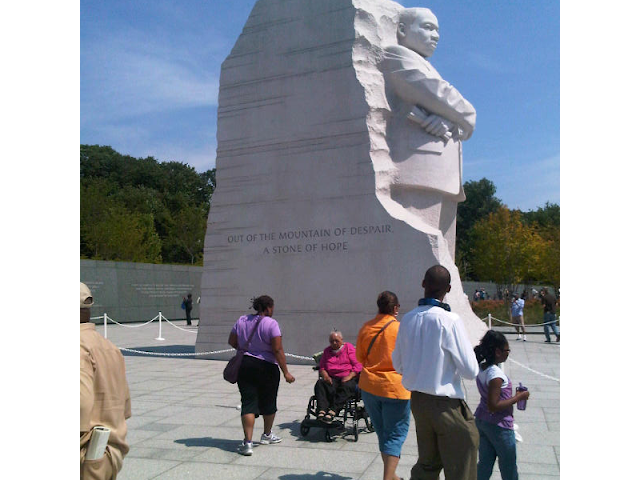 Nobody is fooling anyone by having President Obama make this very public dedication, a link to MLK, when at his own Nobel Peace prize acceptance speech Obama himself said:

"Still, we are at war, and I am responsible for the deployment of thousands of young Americans to battle in a distant land.  Some will kill.  Some will be killed.  And so I come here with an acute sense of the cost of armed conflict – filled with difficult questions about the relationship between war and peace, and our effort to replace one with the other.
I make this statement mindful of what Martin Luther King said in this same ceremony years ago – “Violence never brings permanent peace.  It solves no social problem: it merely creates new and more complicated ones.” As someone who stands here as a direct consequence of Dr. King’s life’s work, I am living testimony to the moral force of non-violence. I know there is nothing weak –nothing passive – nothing naïve – in the creed and lives of Gandhi and King.
their examples alone. I face the world as it is, and cannot stand idle in the face of threats to the American people. For make no mistake: evil does exist in the world. A non-violent movement could not have halted Hitler’s armies. Negotiations cannot convince Al Qaeda’s leaders to lay down their arms. To say that force is sometimes necessary is not a call to cynicism – it is a recognition of history; the imperfections of man and the limits of reason. "


Maybe that's his problem- limited reasoning, because the truth of the matter is we are involved in more wars now, than under the worst president ever, George Bush. Of all the broken promises Obama made, it is the perpetuation of wars, and year after year, spending more money on military defense than on programs of social uplift that bothers me the most.
Because literally 60% of the entire budget goes to wars & military spending, and the budget talks are full of discussions about cutting Medicare & Social Security-- going after the programs people not only want & need, but who have contributed into all their working lives.
How sick and wrong that this is happening under the "leadership" of a man who ran on the promise of hope and change. Forget the monument & the fanfare-- study and keep alive the Dreams of Dr. King jr.

MLK inspires a good question ... do we as a nation have a death wish? are there elements at work deep within the american psyche that would like to see everything topple, taking us and world down ... much like what happened in the void after the roman empire fell (ie, the dark ages)? maybe this is the fate of all nations who manage to rise up enough to become empire-builders and destroyers?

War itself may be an acknowlegement of failure of nations; endless war may be an acknowledgement of failure of the human species ... but as Dr King seems to point out ... we got ourselves into this mess, we can get ourselves out ... there are signposts along the way to hell that point toward alternative exits ... it's up to us to explore those exits.

MLK jr was not about the fanfare, he was about the substance. He endured so much for the Civil Rights cause, and things really heated up when he began to talk about the war. They wanted him to be a one issue leader. But, being a true leader, he could not turn a blind eye to the injustice of war- not just the poor soldiers from this country, but to the innocents suffering in their own war torn country.
He was such a visionary.... saying if we don;t get a grip on this mentality, we will be repeating our protests against wrong wars, worldwide.
Did he call it right, or what??

What he predicted all those decades ago is happening in full swing, worse under the watch of the first black US president.

For this president to be the recipient of a Nobel Peace prize, and choosing to have this country spread thin to the point of bankruptcy, and always making war financing the priority, is essentially stealing from the people to have more wars.

I could almost hear King saying "You people don't get it. Honor me by embracing non violence, and securing equal and civil rights for all. Stop the wars. Care for the people. If you must intervene in other countries, then do so with humanitarian aid."

Sure a memorial is a nice gesture to honor a man who dedicated his life to civil rights & non violence-- but to have a president hell bent on
being involved in wars, no matter what, has been a huge disappointment.

I wanted change, but I'm losing hope of that happening with this president.