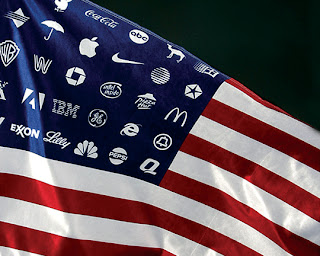 I really had been thinking the government was really spun out of control, the so-called representatives have completely lost touch with what they were elected to do- represent the people, and has turned into completely opposing factions so divided, they can;t get anything done. Furthermore, the right wing extremists had sold out to the corporate model. Most recently, the heavily loaded right wing Supreme court declaring corporations are people, and for them to give money to campaigns without disclosure, or setting up ghost foundations to protect the names of the donors. Giving large sums of money to political campaigns was deemed "free speech". The Republicans have defined patriotism as tax cuts for the wealthy, at all costs.

The Washington Monument remained closed Wednesday as engineers studied ways to repair cracks at the top of the capital's iconic structure -- one day after a rare 5.9 magnitude East Coast earthquake.
Washington's National Cathedral also was closed after sustaining what its staff described as "substantial damage," including numerous cracks in the building's limestone blocks and broken pinnacles on its towers.
The IB Times Reports:
"However, a closer look at the world's tallest obelisk brought National Park Service officials to discover some cracks near the top of the 555-foot monument. 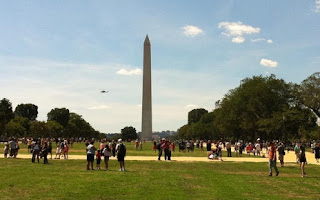 The 5.9-magnitude quake centering in Virginia struck the U.S. East Coast from North Carolina to Toronto early Tuesday afternoon, and cracked one of the stones in the monument's pyramidium, or the pyramid shape at the very top.
The damage was detected during an inspection by helicopter, according to spokesman Bill Line.
While the obelisk remains indefinitely closed, structural engineers plan to do a secondary inspection on the cracked monument Wednesday and decide how to best repair this highest profile structure to suffer damage."
D.C really is cracking up!
Posted by Fran at 8:55 AM

the monuments can be repaired, the cracked politicians cant, so they have to be replaced.

Originally I misread. I thought they said the Washington Memorial would remain closed after the quake because at the top of it they had found several crackpots.