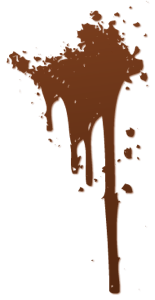 "It took the U.S. government 191 years – from 1791 until 1982 – to run up its first trillion dollars in debt. The second and third trillions got on the scoreboard much more quickly – each in just four years.

By the time George W. Bush was inaugurated in 2001, the National Debt stood at $5.7-trillion. He ran up more debt faster than nearly all of his predecessors combined: just under $4.9-trillion.

The National Debt stood at $10.6-trillon on the day Barack Obama took office. But if his budget projections are accurate, he'll run up nearly as much government debt in four years as President Bush did in eight."


Once you hit the $10 trillion debt mark, interest alone on that debt starts to spin out of control.


As much as the republicans & tea party people like to say this is all Obama's doing, the truth of the matter is it was G W Bush & the republican majority that ran up the biggest debt in history.
Furthermore, it was the subprime mortgage mess that triggered the financial meltdown-- under Bush's watch.

George W. Bush Doubled the National Debt
Following in Reagan's footsteps, George W. Bush buried the myth of Republican fiscal discipline.
Inheriting a federal budget in the black and CBO forecast for a $5.6 trillion surplus over 10 years, President George W. Bush quickly set about dismantling the progress made under Bill Clinton. Bush's $1.4 trillion tax cut in 2001, followed by a $550 billion second round in 2003, accounted for the bulk of the yawning budget deficits he produced. (It is more than a little ironic that Paul Ryan ten years ago called the tax cuts "too small" because he believed the estimated surplus Bush eviscerated would be even larger.)

Like Reagan and Stockman before him, Bush resorted to the rosy scenario to claim he would halve the budget deficit by 2009. Before the financial system meltdown last fall, Bush's deficit already reached $490 billion. (And even before the passage of the Wall Street bailout, Bush had presided over a $4 trillion increase in the national debt, a staggering 71% jump.) By January 2009, the mind-numbing deficit figure reached $1.2 trillion, forcing President Bush to raise the debt ceiling to $11.3 trillion.


Republicans Voted Seven Times to Raise Debt Ceiling for President Bush
"Reagan," Vice President Dick Cheney famously declared in 2002, "proved deficits don't matter." Not, that is, unless a Democrat is in the White House.

As Donny Shaw documented in January 2010, Republican intransigence on the debt ceiling only began in earnest when Bush left the White House for good.


The Republicans haven't always been against increasing the federal debt ceiling. This is the first time in recent history (the past decade or so) that no Republican has voted for the increase. In fact, on most of the ten other votes to increase the federal debt limit that the Senate has taken since 1997, the Republicans provided the majority of the votes in favor.

As it turns out, Republican majorities voted to raise the U.S. debt ceiling seven times while George W. Bush sat in the Oval Office. (It should be noted, as Ezra Klein did, that party-line votes on debt ceiling increases tied to other legislation is not solely the province of the GOP.) As ThinkProgress pointed out, during the Bush presidency, the current GOP leadership team voted 19 times to increase debt limit. During his tenure, the U.S. national debt doubled, fueled by the Bush tax cuts of 2001 and 2003, the Medicare prescription drug plan and the unfunded wars in Iraq and Afghanistan. And Mitch McConnell and John Boehner voted for all of it and the debt which ensued because, as Orrin Hatch later explained:


"It was standard practice not to pay for things."

So as the mudslinging begins for the 2012 presidential election, let's keep our facts straight.
Posted by Fran at 6:38 AM

when i saw the first image, i thought this was going to be a post about santorum!

Mud slingers all of them.

But I'm seeing editorials & hearing chat where the meme is that *Obama ran us $14 trillion into debt*.
It is in fact "the decider" who has the dubious honor of being the president who put the country into the largest historic debt, ever.

Once you hit the 10 trillion mark of debt, the interest alone will dig a debt deeper than the Grand Canyon.
Bush proved if you ignore the economy, it will go away.