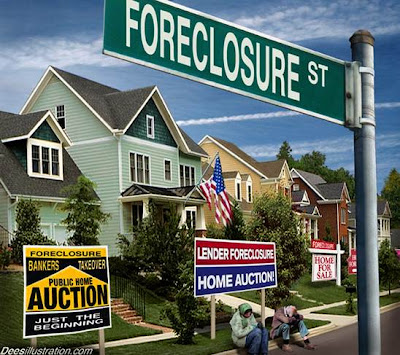 Foreclosures and the economic downturn are taking a new twist, as the CEO of a local chain of assisted living centers just put 14 of them into Chapter 11 bankruptcy.

This is a particularly difficult issue for those in Alzheimer's or Dementia  Memory Care units, because, familiarity and routine are very important. It could be potentially quite traumatic for a person to have to move to a different facility, and meet new staff, and learn new layouts.
Who will take over these bankrupt facilities? Sunwest Management CEO sought an injunction to stop nine big investment banks from seizing the most profitable of the company's nearly 270 assisted living centers across the country. Sunwest owes over $2.6 billion in debt.16,800 seniors in Sunwest's centers around the country, including about 5000 in Oregon, wait to see how it will affect their housing. One local facility is already part of a foreclosure proceeding. That facility is now in a position they do not have the authority to pay it;s 46 employees a total of $43,400 for work done in the last two weeks of December.
No one can expect employees to continue to report to work and not be able to pay for their living expenses.

You have to think these fragile seniors are not on the bailout "A" list ~ if at all.
Often times hotel chains run such facilities.   The problem is, you don't just check in to a care facility. Often times the better facilities can have a one to two year waitlist. They may require a $500 deposit just to be to be on the waitlist, as well as full financial disclosure. A lot of so called care facilities only care while you still have $.
They don't accept medicare, so when your money runs out, and Memory care may run $7000 or more PER MONTH-- the $ will run out, and then they quit caring. The facilities that accept medicare are back in the waitlist mode & charge a hefty fee to even get in line for a potential opening, a year or more, later.

I'm not sure it is related to the residents also having problems selling their houses. My Mom's house is paid in full, but it is on the market flooded with rock bottom reduced price homes in foreclosure. It feels like we are stuck in a vortex that is spinning out of control.

Speaking of foreclosures, another innocent victim of this problem is pets.  People who have pets when they go through whatever economic trauma that gets them to the place of foreclosure, find themselves in a place of being unable to afford to care for or give space to the care of a pet. In the online animal shelter website, I noticed they have a column that lists where the animal is found. Several animals have "LCAS FRONT DOOR", (county animal shelter) people are doing drop and run pet check in, because they probably don't have the $ to pay the fee to put them up for adoption. Others are just leaving pets behind in the foreclosed home, or turning them loose. This has led to overcrowded shelters, and 50% of incoming animals are being put to death.

Locally, our shelter almost closed it's doors entirely, because of budget cuts. I see lots of animals in Foster care, volunteers picking up the slack by taking care of some of the overflow of animals, but they are full to the max, and as more people lose jobs or are laid off, they are reluctant to take on another mouth to feed, and all the expenses to properly care for a pet. The article I read said people should check yards of foreclosed homes, to make sure owners did not just abandon animals.

Screw Wall Street! The more billions we give them, the less they learn about the consequences of their actions.  Bailout people going into foreclosure, including Eldercare facilities, and animals that are innocent victims of foreclosure.
Posted by Fran at 10:07 PM

Back when the $700 billion dollar bailout scam was unfolding, I took a lot of heat from well-meaning lefties who said I was wrong for opposing the bailout.

They were glued to CNBC and they believed Paulson and Bernanke and Pelosi and Frank. They let themselves be hoodwinked into thinking the bailout would trickle down to Main Street.

Nothing could be further from the truth. We're on the precipice of another Great Depression. Banks aren't lending -- they're refusing to unfreeze the credit markets and so far, I haven't heard a peep from Barry's economic team explaining what they planned to do to force the bank's hands.

2009 will be a tough year. It will begin to improve but I predict the U.S. economy will shed another million jobs before the economy turns around.

But heck, at least we have Rick Warren!

Those "care" facilities that surf the gravy-- only take patients with $, and don't take medicare once the $ runs out should be outlawed. To only provide care for the upper crust of the elderly- or even those who have some savings, Paying $1000- to $7000 plus per month for care will wipe out your savings quickly.
I'd really like to have them be required by law, in order to have the license to operate, at least tkae a percentage of clients who have no choice but to go to medicare, after the savings are gone. Otherwise it is a form of elder abandonment & abuse.
To only operate for profit, charge high rates, and then dump poor & frail elderly, should be a crime.

The other thing I came to realize is Medicare does not cover things like prescription glasses (eye care), and any dental, whatsoever. It also has a cap on how much it will pay for prescriptions.
In other words, not only are seniors paying through the nose, but there are constantly other big ticket items they have to pay for as well.

As for pets taking a hit as well, that really is sad.
Shelters are overflowing with animals who need homes. There is going to have to be a massive appeal to anyone who can afford to have some pets, to step up and do so.

Bottom line-- if they are throwing money away, I'd prefer they help those is serious need, the most vulnerable.

If they are gonna throw money to the dogs-- let it be the actual 4 legged critters, and Seniors who really need assistance.

As you said, Christopher, the bailout is NOT trickling down.

Barry ran on a platform of national healthcare.

We'll see. He seems obsessed with ramping up the war in Afghanistan and sending troops into "Paaw-ki-stawn."

War is expensive and rarely pays any dividend. Already 50% of the Federal budget goes to the Pentagon.

Time will tell if he delivers on his campaign promises. But I'm not holding my breath.

Bailing out the foreclosed and the nearly foreclosed would also have the effect of bailing out Wall St, albeit indirectly. The Bush regime and our media are hostile to the middle class that this more intelligent and humane option hasn't even gotten the time of day.

Keep blogging on this.