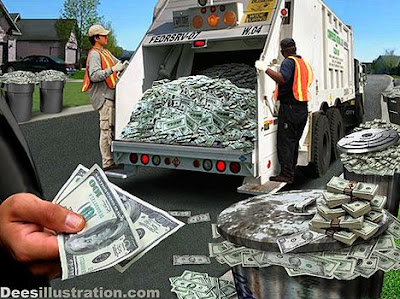 Sorry to post such a list of downers, but this may be why so many folks I know are saying they can't get into the holiday spirit.
I promise to write something more upbeat for X Mas.

THIS JUST IN!!!!!
WEDNESDAY HEADLINE:
ANONYMOUS $600,000 GIFT HELPS FEED COUNTY'S HUNGRY
The same donor gave $300,00 in October to the food bank.
How absolutely cool is that??? The attorney representing the donor would only say the donor resides in Oregon.
No name plaque, no fanfare as to whom is making the donations, no fame, and a total generous give away. Oh! After reading all the following really depressing news, this was one welcomed headline.  There still is hope and kindness and light in the world.
~~~~~~~~~~~~~~~~~~~~~~~~~~~~~~~~~~~~~~~~~~~~~~~~~~~~~~~
Ok on to the other stuff....
This is a part of the Recession Journal I am writing, documenting current events under the Bush Regime.

• A local woman with MS had her wheelchair stolen from the front of her car.
When they aired the story on the news, an outpouring from the community resulted in offers to give her a wheelchair, money to purchase one, and an offer to buy her a new wheelchair. My faith in humanity is restored, but stealing a wheelchair during X Mas week seems like some pretty heavy karma to me.

• An article about the company Mr. Ramblings works for said an out of state hedge fund is buying up company stock for a possible takeover. Apparently not new news to the top dogs--they were negotiating exit severance packages, they taker has a pre approved arrangement that yields 200% of the CEO & company President base salaries- before they took massive pay cuts & an average of their past 3 years bonus $- somewhere between $3 & $5 million. this does not sound like a random takeover to me.. it sounds like an arranged sale. Once again, the CEO's get golden parachutes, for soft landings.

• A local decorated Veteran, froze to death in last week;s cold snap. Major Thomas Egan was retired, but did nt draw veteran's benefits. He was homeless, and an alcoholic. He collected Social Security, but not Ntl. Guard. He was entitled to $909 per month, and could have applied for additional unemployability monies. He had a masters degree, and served 20 years in the military. A scholar and decorated soldier, his body was found covered in snow, near the railroad tracks, a bottle of liquor by his side. Local veterans are working to get him a proper funeral and burial at the Veterans cemetery in Roseburg.

• 800 residents, west of Junction City, lost phone service because thieves stole 470 feet of phone line, worth $18,000, probably stolen for the copper content of the wires. This is a felony crime because it involved a disruption of a public utility- namely lack of the ability to call 9-11 for emergencies.

If that happy local news were not enough-- the bigger picture is not looking rosier....

• Banks won't say where bailout money went. Billions of taxpayer dollars are being given out, with no exact accounting being disclosed to the public. Sounds like fuzzy math to me.


• California's cheif CEO warned the state would run out of money in about 2 months.

• Several States are running out of Unemployment funds.
Posted by Fran at 9:20 AM

Your post makes really important points, Fran. It is bleak, whether it's xmas or not. As bad as it is, people aren't really aware of the whole story, of how this is affecting all us at the local level. So sad about the vet, the wheelchair victim, hell all of it is sad.

And banks who got TARP$$$ don't have to tell us how they are using it? I read a WaPo article about a last-minute, one-sentence loophole added by the Bush admin to the original bailout bill that gutted the transparency obligation. It left intact our ability to ask, but no obligation for banks to supply answers. They aren't required to track or report how they plan to use, or actually do use, TARP $$$

The Oregon donor who gave $900K was a nice headline, but things would never have gotten this bad without some terrifically irresponsible govt (in)action. Still, it shows one person can make a tremendous difference.

Yea this was a post full of bummers, but I sat dwon to read the paper & literally it went from bad to worse.... which is why the mega donation to the food bank was heartwarming....

people made sure the lady who had her wheelchair stolen got a replacement ASAP.

The VET will have a proper military burial.

The bailout $$ thing is total Bush style.
Im sure Obama will put a stop to this free for all.... but the coffers will be $700 billion short by then.

Obama said all kinds of strings and regulations & transparency will be a part of any money loaned or otherwise.

Im not a gambling person, but I bet those high finance people need some scrutiny done & Id guess there were illegal & improper dealings.

You make a good point as to why things are in such dire straights.

Foodbanks should have gotten the Bailout....

thanks for logging the Depression and tracking it....
( and yes, I am calling it that...because that is what it is....)

in spite of the fuckers and criminals....

Wow E - You are right... the recession was last year-- I don't know the exact definition (economically) of depression but we are either there, or right on the brink. I think it is based on a % of unemployed. I've heard a few people say something like let's see if Obama can fix this. I fear people in this country are so used to instant gratification, I fear that if Obama does not fix the economy in 30 days, people will declare him a failure-- ignoring the fact Bush took 8 long years to destroy the economy (and everything else).
You can't just turn an economy around on a dime.
So many companies left the country.
Even GM-- they moved their financial call center business to India.

Just about all the electronics mfg is done ins Asia.
Pretty much all other mfg is done by exploiting workers elsewhere in the world-- Nike, & athetic wear of all those companies...we were conditioned to "buy cheap" and cheap labor blossomed under the era.
As the dollar sharak, we had to be more creative about stretching the buck to try to make ends meet.

I was just realizing as I read the local news, and the business section, how dramatically different the stories had become. So many long time businesses going under. Crimes increased, and more desperate kinds of things- to the point of me wondering if wed lost our humanity (wheelchair theft, and robbery @ gunpoint of a Goodwill store).
These were all time lows.

Even though the finally caught the "bicycle bandit", and bank robberies have decreased (27 since September??), there are still new bank robberies being reported.

I see such a thing as a last ditch act of desperation.... these people figure they have a 50-50 chance of pulling it off, and have hit the bottom of the barrel, robbing a bank is their only remaining option?

A real sign of the times, and full circle to your thought that the food banks & social assist programs need bailout $.

The sad thing about the Wall Street first program- is they did not learn their lessons about mistakes made.
AIG just resumed living large as soon as the billions flowed.

They needed to learn a lesson & suffer teh consequences of their shoddy & probably illegal practices. Instead, it is business as usual, but with cash flow tightened or stopped for the "little guy".

Anyway, I think the momentum of the damage will continue, especially because people held back for X mas. They are watching 401k savings disappear, and jobs vanishing as the domino effect continues.
I suspect lots of businesses tried to get through the holiday season, but in January will face teh stark economic reality & have to shut down. It has nothing to do with Obama either!