If the year 2008 taught me anything, it reminded me that life is change.
No one could accuse the US of having a boring election process, if not outright chaos! Thankfully cool heads prevailed and soon we will have a change of administration that will turn things around, in a meaningful and positive way.
On a personal level, there are changes swirling about my life that are making my head spin right now. Dear Grandpa Mac is immersed in Chemo therapy for Non Hodgkins lymphoma. His is a very aggressive cancer, and he will do chemo & radiation therapy in hopes to stop the disease. My son recently went to spend time with Grandpa, and had a severe bout of altitude sickness on the flight home. They grounded him in Portland, while the medics treated him with anti nausea injections, and I worried from a distance. An ice/snowstorm was looming, and we wondered if he was going to become grounded due to weather. He made it home OK.
Mr. Ramblings flew to his Dad's the day after Christmas, to spend a week visiting. A few days into the visit, Grandma was rushed to the hospital in an ambulance, thinking she was having a heart attack. They have kept her there now for 3 days, and today we await the news of the test results. * This just in: Grandma is being released today, don't have many details because she
told everyone to back off & leave her alone.
Mr. Ramblings is currently on a "temporary lay off" from his job of 9 years.  He is scheduled to return on the 5th, but just got word today, the January 5th start date just got bumped to FEBRUARY 2nd. Damn! 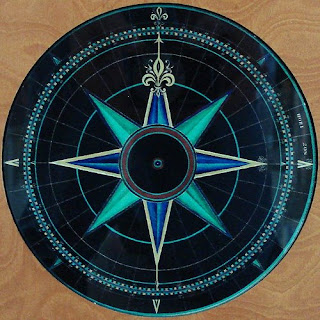 Last week, the son lost his job, but the company has notified him of a new position available.
Much less pay, and no health insurance. Something is better than nothing, but the loss of health insurance is a big hit. Oh! and his girlfriend broke up with him!
He had planned to move out, and had to decide if he would go ahead with the plan, even though he'd lost his job.  He had been living @ home rent free & working & saving & has the rent saved, so he decided to go ahead with the move after all. His Dad helped him move his stuff on X mas eve, but he stayed here at home another week while all the housemates are out of town for winter break. Today I help him take the remainder of his things & his bike to his place, where he will start the new year @ the new place.
I feel somewhat like Dorothy in Oz, where she declares "People come and go so quickly here",
and also that "Toto, We are not in Kansas anymore".
Today I help the son with the final batch of things to move. He is 20, and I know I should be thankful that he has a desire and motivation to be independent, but I'm going to miss him, and after 20 years of raising a person & living with him , it is a major adjustment to have him move out.
Because the husband is out of town  ~ the empty nest feeling will hit especially hard.
We part on good terms, he still is in town, just 7 miles away,  and he knows we are here for him & a safety net, if need be. I'll take him out for a nice Thai dinner tonight, and wish him well on his new journey.  2008~ the year of change! 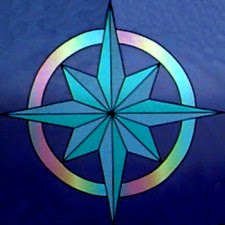 Fran, thinking of you and your family - I hope everyone's OK and will have a better 2009. Best wishes to your son in his independence.

My brother-in-law was diagnosed with the same type of lymphoma as your Grandpa Mac earlier in the year and the chemo and radiation he had seem to have put him in remission. I hope the same for Grandpa Mac. (BTW, my B-I-L is 85 - he's older than my half sister, who is 17 years older than I am - so we're not talking about a young guy here!).

Thanks Maui~ Grandpa is 81 & Grandma is 86.
Grandpa had been undiagnosed for quite some time, it was not till the cancer was degrading his bones,
that heavy calcium load in his bloodstream made him ill, and then it took a few more months of additional resting & specialists before they were able to properly diagnose him. It is above & below the waist, stage 3-4. So the hope is the treatment will put him in remission. He has had very favorable labwork since starting on the chemo, but so far has only had 3 treatments.

Anyway.... we are hanging in there. REady for the changes of the new year.

Best wishes to you & yours.

Hope things get better for your family.

Thanks for blogging about your economic struggles. All the corporate media outlets seem to care about are the rich and the CEOs. We all need to read more about the rest of us.