My Veteran's for Peace friend, Gordon Sturrock put together this montage~ in his words:

"A farewell to the 162nd Infantry of the 2nd Battalion. Created from video
footage filmed at the Mobilization Ceremony on May 4, 2009 at the Lane
Country Fairgrounds in Eugene, woven into an audio and video "tapestry of
contrast" by fellow vets who are deeply concerned for all the souls who
will ultimately be touched by this deployment."
The Oregon National Guard is being deployed- again- to Iraq.
Gordon:
founder- Veterans Against Torture 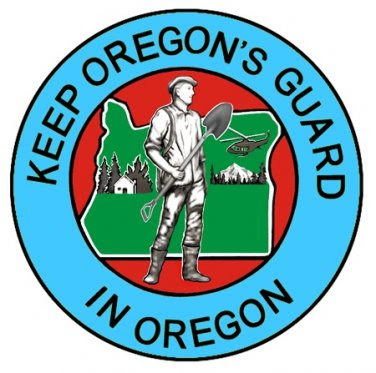 This is as good a segway as any to talk a little about the Campaign ...

The federal government intends to send 3500 members of the Oregon National Guard to Iraq in Summer 2009. Many will not return or will return with physical or psychic trauma. Moreover, taking the guard and all their equipment out of Oregon causes serious hardship at home and leaves the state unprepared for disasters. The Oregon legislature has the power to prevent or delay the Federal Government from sending our guard abroad.

Current federalization of the Oregon National Guard is based on authorizations for the use of military force against Afghanistan (2001) and Iraq (2002) that are either too broad, too open ended, or are no longer valid. The Iraq authorization, for example, is based on Iraq possessing weapons of mass destruction and a sponsor of international terrorism. Conditions which were not and are not true. The US and Oregon Constitutions do not support unending and unlimited federalization.

The Oregon Legislature has the power to declare that the Oregon National Guard may be deployed only if Congress passes a current and valid authorization for the use of military force.

As part of a call-up of 8000 Guard troops to Iraq and Afghanistan, 3500 Oregon National Guard troops are being sent to Iraq in the summer of 2009. Various other Guard members have been and are being sent to Afghanistan. Nearly all of Oregon's Blackhawk helicopters are slated to be shipped to Iraq in January, 2009. This will leave Oregon with limited ability to fight fires, conduct search and rescue, and be prepared for natural disasters.
Furthermore, the use of National Guard troops overseas is greatly limited by the U.S. and Oregon Constitutions, and the military actions in Iraq and Afghanistan have lasted over five and 7 years, respectively. Unless states begin to address the open-ended nature of the Authorizations for Use of Military Force (AUMFs), our Guard could be deployed indefinitely.
If nothing else, this campaign will act to educate the public and our elected officials about the United States making open-ended commitments in these conflicts.

Gordon did a great job on the video!
Plus I just learned Cindy Sheehan will be speaking next week in Oregon- in Portland & Corvallis.
Maybe I will catch her in Corvallis.... I wold really lie to hear what she has to say re the new administration & the continuation of the wars. As much as I am greatly relieved Obama is president, the continuation of the warring is not ok.
Obama also promised diplomacy.

Anyway-- the Keep the Guard Home campaign makes some excellent points.
Not only have they taken most all the guard, they have taken most of their equipment. Oregon has vast forests (forest fires), Mountain ranges (sometimes needing search & rescue & evacuation), and expanses of rural lands ( requiring flight equipment to respond quickly). It questions the legality of the authorization, and presence of the US in both Iraq & Afghanistan.
A fair amount of the Legislators are in favor of the bill, the Governor is not. Although he does make a point of attending each deceased Soldier's funeral, we'd rather put a stop to the source of those funerals. Or at least stop abusing the National Guard because they are more affordable than the other branches of the military, but also leaving individual states vulnerable.
Case in point: When Hurricane Katrina hit New Orleans... all the local Ntl Guard & their much needed equipment were in Iraq. They actually wound up sending Oregon Ntl. Guard to assist. Which is nowhere near NOLA, and probably cost a whole lot more to ship Ntl. Guard from thousands of miles away.
They are supposed to cover domestic needs & as a last resort deploy to wars. We are engaged in wars of choice now (6 years in Iraq, 8 years in Afg.) & it appears for many years to come.

Take consolation -- your governor will be there for everyone coming home in a flag-draped box!

"Change we can believe in"! WTF? I am deeply saddened, but far less than I am outraged.

The only consolation I take from this is: I didn't vote for the man. But that's extremely small consolation. I am so sorry.

Spare me the flag waving and empty anthems. This nation sickens me. And this is "the greatest nation on Earth." What does that say for the rest of humanity? (OK, OK, I resorted to hyperbole, sorry.)

With apologies, Fran. I'm very upset and so very weary of this bullsh*t.

So many people have chimed in -Obama told us he would escalate or surge in Afghanistan.... but he did also tell us he would practice diplomacy.
Dropping bombs from drone planes in Pakistan (the next next war??) is not what I define as diplomacy.

It is strange, the ceremony, how all that flag waving & anthem playing really come up hollow & shallow.

It sure does seem like patriotic bullshit when we can;t even prosecute those who approved torture.
As DK pointed out the GOP was ok with spending millions to investigate Bill Clinton & his sexual forays.

Well, this is just death, destruction & human rights violations, as well as breaking domestic & international laws & treaties. What's all the fuss about?

Maybe I really should hop on the Vets for Peace bus to hear Sheehan speak. I really would like to hear her in person. I'm thinking she's not buying this new & improved version of war 2.0 either.