Your Warranty is about to Expire!!!! 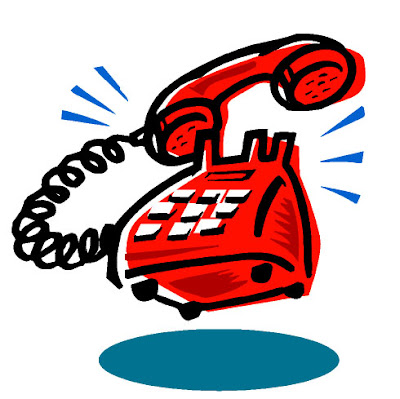 I don't know about you, but we were absolutely bombarded with this robo call scam. The call had a pre recorded message "Your Car Warranty is about to Expire!!!!", sometimes it even said "this will be your final notice"-- and as we screened the calls, found ourselves yelling back- PLEASE! MAKE THIS BE THE LAST CALL!!!
We have elderly relatives in & out of hospitals who have serious health issues, so we do tend to pick up, if not close enough to view the caller ID on the phone in the other room.

This was a relentless marketing scam, AND we are on the no call list.

Turns out the FTC is going after these bastards.
Not only was it fraudulent to pose as someone associated with a warranty you may have, but they were calling people on the Do Not Call lists.

The Federal Trade Commission said the telemarketing campaign was one of the most aggressive it had ever encountered, with as many as 1.8 million calls placed daily. The companies evidently dialed every number in a given area code, including many numbers on the National Do Not Call Registry.

The seller took in more than $10 million as a result of the calls, as well as related mailings, according to the commission.


I liked it better when Oregon State managed their own Do Not Call Registry-- they were very aggressive about going after violations & had bite-- they acted quickly & imposed hefty fines.

I sure do hope this puts the Kabosh on other companies thinking of similar telemarketing schemes.

It's a happy ending to Hang Up on this story!
Posted by Fran at 9:59 AM

Add to this one, the credit card scam re: lower interest rates. We get at least two a day along with the warranty scam. Have you noticed a rise in African emails saying "you're the winner?" I'm getting at least three or four emails a day from Africans who claim if I'll only send them...I'll get millions in return. The recession must have hit Africa recently, too.

Well E Prof~ Your family & mine are in the Winner's Circle! Woo Hoo!

Because there is nothing I like more than talking to total strangers over the phone about the personal details of our finances.

As for those winnings in Africa-- Act Now!!! Don't Delay!!! Don't let someone else walk off with YOUR money!!!

If only we got a buck for every spam call & e mail we received.

I have answered this call about fifty times and I am on the do not call list. Sometimes I stayed on the line until a person came on then asked politely for them to stop calling me I own a 27 year old second hand car. And I am on the do not call registry. At this point they hang up on you. Then I answered and the moment they started screaming the urgent crap at me I set the phone down and waited as long as possible. They do hang up on you, but as long as I can harass them back just a little it's a small comfort.

That tactic was harassment~ seriously crazymaking.
I never did talk to a person, but we got several of those calls a week.

So I'm glad you had your fun with them.
Two can play at this game & lord knows- they started it.

I used to stuff all the sales promo flyers right back into the credit card bill envelopes too. Here-- take back these 5 ads you enclosed in the bill-- I insist!

i'm on the no-call list, but i keep getting calls from this place telling me to call and claim my prize--a vacation. i got so damned tired of them that i finally called the number. i told them i never entered any contest, and i don't want them calling me. they asked for my name. i told them that they should have that information since i supposedly entered some fucking contest. i gave them my phone number and asked what name they had connected to that number. it was, of course, a name i never heard of. they said (with no apologies whatsoever) that they would stop calling. of course, they called the next day. i went online to find out where to file a complaint. as it turns out, nobody does a damned thing about fining these assholes. the phone company does nothing and tells you to get in touch with the ftc. they don't do a damned thing. what should happen is that a company is entitled to one warning. after that, the consumer should be able to sue the company that's calling. fines should go directly to consumers. watch how quickly the assholes will stop calling when they have to shell out $500 each time they call someone who doesn't want to be called.

Right on Nonnie.... it is an invasion of privacy.... I always thought they had the no call list backwards-- people should only sign up if they WANT to be solicited-- all others are protected from telemarketing.

Yes, this was really annoying - we were getting them on our cell phones even! I called them back and gave them what-for because I am on the no-call list and they said they'd take us off the list - and only an hour later got another call! I called back again and they said "Oh, it will take 48 hours to take you off our list." However, I didn't get calls after that so I guess they took me more seriously after my second nasty call back.